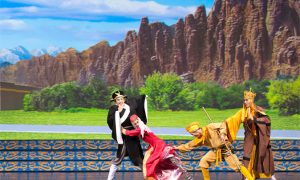 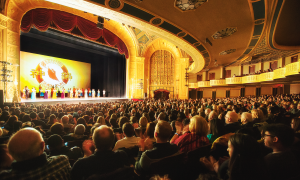 DETROIT—When Daniel McPeek, a mortgage underwriter, saw Shen Yun Performing Arts on Jan. 2, he discovered a side of China that he hadn’t seen when he lived there.

Shen Yun Performing Arts has a unique place in the art world. It was founded in New York in 2006 as a nonprofit by a group of top classical Chinese artists who wanted to revive and share the true, traditional culture of China—a culture that has been almost entirely destroyed after over six decades of communist rule in China.

Many artists throughout Chinese and Western history have dared to integrate spirituality in their work. “Shen Yun’s artists follow this tradition, drawing inspiration from the spiritual discipline Falun Dafa,” according to the company’s website.

Mr. McPeek said, “Seeing this, I know that your average Chinese citizen probably wouldn’t even be speaking about things that Falun Dafa has to offer and the history of persecution …”

Falun Dafa, also known as Falun Gong, is a peaceful meditation practice that follows truthfulness, compassion, and tolerance as its guiding principles. The communist regime in China has been persecuting its followers since 1999.

Getting back to what Shen Yun has to offer, Mr. McPeek said that it is something easy to digest, beautiful, and a great way to learn more about what is going on with our neighbors around the world from a source other than television or the Internet.

He commented that singing and Chinese classical dance are a beautiful medium for delivering a beautiful message: The world’s point of view of Falun Dafa, China’s history, and how things are now.

The Shen Yun website states: “The company’s mission is to use performing arts to revive the essence of Chinese culture—traditionally considered a divinely inspired civilization. Since the Chinese Communist Party is officially an atheist regime, it is afraid of the freedom of expression this arts company enjoys in the West.”

When any regime opposes the way one expresses oneself based on cultural traditions, customs, religions, or philosophies, this presents a challenge for all people. Would you face that challenge? “You know if I ever had the opportunity, I would challenge it,” said Mr. McPeek. “I think this is something important, we all need to listen.”

If introducing the performance to friends, Mr. McPeek said that he would describe it as a classic production involving music and dance that is “educational and expressive.”