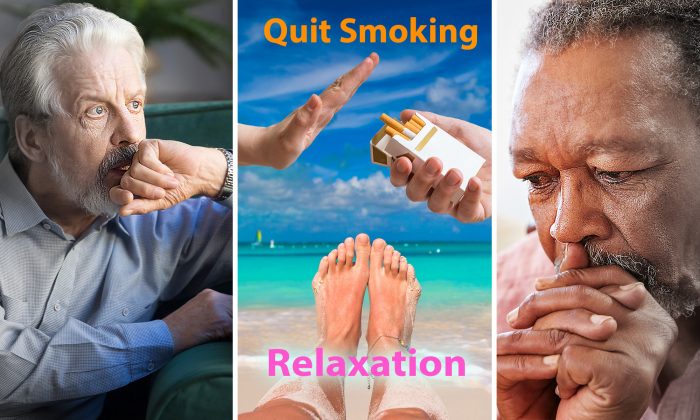 It’s nothing short of a global epidemic. While many of the top 10 causes of death are slowly being beaten back, Alzheimer’s disease is one that has only increased as the years go by. While stroke and heart disease as causes of death were reduced by 23 percent and 14 percent respectively between 2000 and 2013, per the Centers for Disease Control, Alzheimer’s increased by a stunning 71 percent.

But is there anything that can stop or at least slow down this killer disease, which doesn’t just take away people’s memories but also their lives? Well, the bad news is that there is no known cure for Alzheimer’s, or dementia, although there are many things that can be done to prevent the onset.

Today, we’ll share nine healthy changes you can make that will reduce the risk of Alzheimer’s disease and have the added benefit of improving your overall quality of life.

There are a million reasons to quit smoking now, from reduced risk of lung disease to longer life expectancy and lower health insurance rates. Reducing the risk of Alzheimer’s could definitely be reason 1 million and one. According to a study published in the journal Alzheimer’s dementia, “smoking is associated with earlier onset of AD symptomatology, and is estimated to account for 4.7 million AD cases worldwide.”

The mechanism at work is “cerebral oxidative stress,” a lack of equilibrium between free radicals (atoms with unpaired electrons) and antioxidants in the body. Free radicals are contained in the tar in cigarettes and the gas that is produced by smoking. As the 10-year reduction in life expectancy (per the CDC) serves as good motivation to butt out, so should avoiding the devastating effects of dementia, as well.

Vitamin B12 is a vital component for good health. According to National Institutes of Health’s Office of Dietary Supplements, B12 “helps keep the body’s nerve and blood cells healthy and helps make DNA, the genetic material in all cells.” When people become deficient in B12, all kinds of things can go haywire.

A lack of B12 has been linked with many different symptoms such as tiredness, loss of appetite, and anemia. But these physiological symptoms aren’t the only things. B12 deficiency is also known to be related to “depression, confusion, dementia, and poor memory,” all hallmarks of Alzheimer’s.

In addition to vitamin supplements, a diet with foods rich in B12 can be of great help. These include meats, seafood, fortified foods like breakfast cereals, dairy products, and eggs.

One of the keys to long life and wellness is exercise. According to the President’s Council on Sports, Fitness, and Nutrition, 30 minutes of aerobic activity (anything that is moderately strenuous or strenuous) a day for adults and 60 minutes for children are the minimum necessary for a healthy life.

According to a 2018 study in the journal Science, exercise complements the brain’s natural ability to regenerate itself (known as neurogenesis). Along with improving blood flow and heart health, exercise has also shown to be helpful for brain functioning. So your daily jog could be a major weapon in fighting dementia.

Often called the “sunshine vitamin,” just 10–30 minutes of exposure to midday sun a few times a week can give you all the vitamin D you need. This component is important for helping your body to process calcium, and not having enough has ramifications related to bone density, as well as increased risk of osteoporosis and fractures.

But many doctors and scientists have suspected that vitamin D can also play a role in non-skeletal diseases. A 2014 study in the journal Neurology confirmed “that vitamin D deficiency is associated with a substantially increased risk of all-cause dementia and Alzheimer disease.”

If you have vitamin D deficiency and are worried about exposure to the sun, the good news is that fatty fish, mushrooms, cheese, and enriched milk are all good sources, per the Office of Dietary Supplements.

Did you know that your morning cup of Joe isn’t just a good way to wake up? It’s also a means for preventing dementia. According to the Journal of Alzheimer’s Disease, “coffee drinking of 3-5 cups per day at midlife was associated with a decreased risk of dementia/AD by about 65 percent at late-life” in a study on cardiovascular risk factors, aging, and dementia conducted in Finland.

But it’s not just dementia where coffee can be helpful; a 2015 review in the journal Circulation noted that “Higher consumption of total coffee, caffeinated coffee, and decaffeinated coffee was associated with lower risk of total mortality.”

Wearing a helmet and taking care of your head might seem pretty basic, but this simple practice can make a big difference with respect to dementia. According to the Alzheimer’s Foundation, while there is no known connection between mild brain trauma, such as bumping your head on a door or wall, elderly people with a history of moderate brain trauma had a 2.3 times greater risk of dementia, while those with serious brain trauma had a 4.5 times greater risk.

For children, protection from concussion is particularly important, especially in contact sports.

While there are obviously many negative effects of excessive alcohol use over time, including liver and brain damage, there are also links to dementia. Light to moderate drinking has neither been proven to be harmful nor beneficial with regards to the risk of developing Alzheimer’s according to the Alzheimer’s Foundation UK.

However, studies showed that “individuals who drank heavily or engaged in binge drinking—where a person consumes a large quantity of alcohol in a short time period—were more likely to develop Alzheimer’s disease or any other form of dementia than those who engaged in moderate alcohol consumption.”

Keeping your brain sharp with puzzles, math, and mentally challenging games is a great way to prevent dementia for healthy adults according to the Alzheimer’s Drug Discovery Foundation.

Whether it’s a crossword puzzle, sudoku, chess, or mental math, these activities are especially important to prevent you from losing your cognitive abilities.

9. Make sure to relax and rest!

While not getting enough sleep can have catastrophic effects on your emotional well-being, it can also be incredibly destructive to your body and mind. According to the National Institutes of Health, “In a small study, losing just one night of sleep led to an increase in beta-amyloid, a protein in the brain associated with impaired brain function and Alzheimer’s disease.”

More research is needed, but given how much sleep matters in other areas, why not make it a priority today and potentially lower your risk of dementia tomorrow?