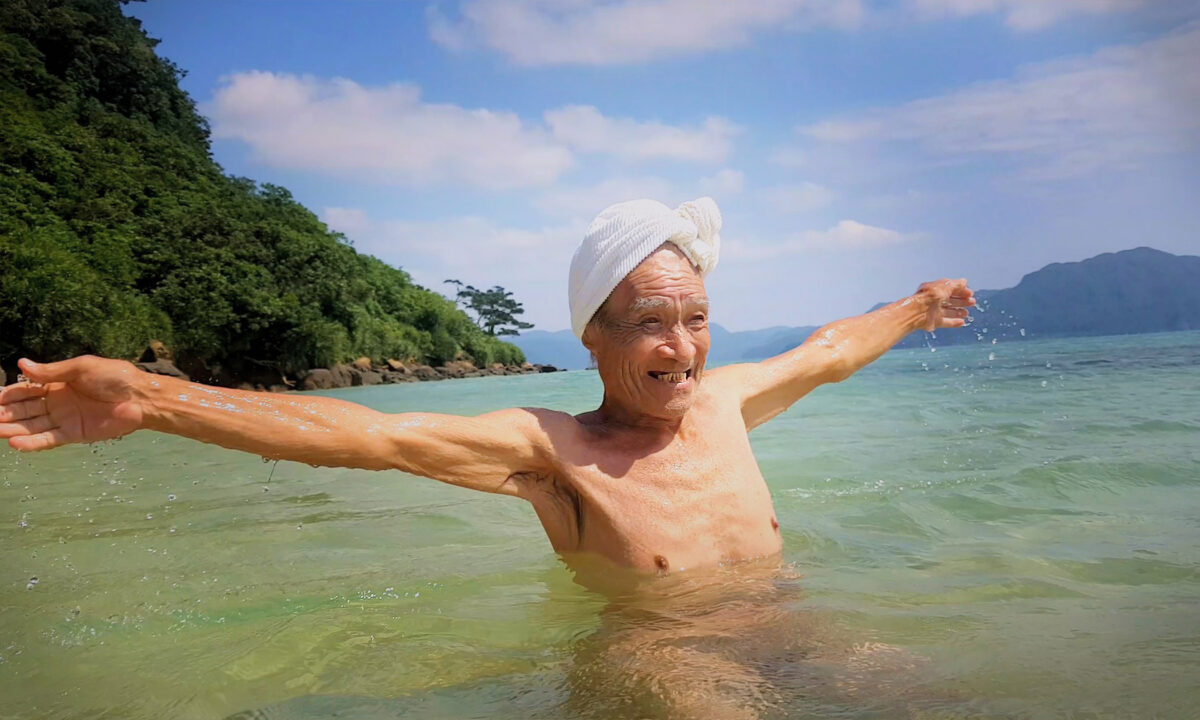 Troubled by the blare and bustle of city life in Japan, one man audaciously escaped to a desert island where he lived for 29 years in blissful solitude. When age got the better of him, he was forced to rejoin to the mainlanders. But he recently had a chance to return to bid a proper farewell to his beloved atoll.

Masafumi Nagasaki, 87, became famous for moving to the island of Sotobarani, which he did in 1990. He recently returned with the help of Alvaro Cerezo, an entrepreneur traveler much his junior, who owns a company that takes tourists to live on desert islands for short recreational jaunts.

“My castaway clients normally stay alone on a desert island for two weeks, maximum five. But Nagasaki has spent 29 years!” Cerezo told The Epoch Times. “He is like a hero for us. … He was a photographer, too stressed about city life. He was a person not well-adapted; he has a difficult personality.”

On Sotobarani, Nagasaki slept in a plastic tent with no modern technology besides lighters for making fires. He got a small monthly stipend from his sons, and sailed his little boat to the nearest village to buy food once a month.

Other than this supply run, he had no other means of communication with the outside world.

Nagasaki caught fish in his early years on the island, but after two decades he stopped as he “felt sorry for the fish.” He endured regular storms during typhoon season, but never experienced injury or sickness.

He was happy there, until old age prevailed over his desire to live alone. His story made the news in Japan.

“In 2018, he was forced to leave the island, as local fishermen found him almost unconscious on the beach,” Cerezo said. “He was not eating well enough to be in such an environment. … He is 87 years old, too old for being alone in nature. In the wilderness, someone at this age probably wouldn’t be alive.”

Nagasaki was transported back to mainland Japan prior to the pandemic and reintegrated into society with help from the Japanese government, who furnished a small room for him in Ishigaki city. Yet, he suffered.

“He didn’t make any friends,” said Cerezo. “He still cannot use technology. He spends his days collecting rubbish from the street.”

Nagasaki has family, said the business owner, but has been estranged.

“They are probably not proud of him. In a society like the Japanese, a person like this is not usually admired. … Many people are afraid of him,” said Cerezo. “He was definitely happier on the island; his wish was to die there, but he was too weak to live there until his death.”

Cerezo, who has known Nagasaki since 2014, was in contact with him after his rehabilitation and knew of his malaise. So, he set about organizing a return trip to Sotobarani for the aged man for one last goodbye.

The company got permits from doctors and local authorities in Iriomote. Cerezo himself oversaw the trip. Four years after Nagasaki’s departure, he was back on his cherished island abode late spring 2022.

Cerezo filmed the trip and later shared the footage on Facebook. Nagasaki’s burden seems visibly lifted off his shoulders as the pair set off; his posture and expression radiate euphoria as he rejoins familiar waves, sand, and serene solitude.

“In 2014, I spent five days with him,” he told the newspaper. “He was very strict with timing, and cleaning. … I camped far away from his camp in order not to disturb him, and it was very funny because he was a bit of a difficult person; he used to get mad at me if I arrived 5 minutes late when we had an appointment to do activities.”

Cerezo described the jaunt as “a beautiful experience that I will never forget.”

He was game to leave Nagasaki on his island to live out his days, but ultimately, Nagasaki decided his will and health were at loggerheads; the 87-year-old was simply no longer able to survive alone.

“Perhaps a few years from now, if he still desires to spend his last days at Sotobarani Island, and feels his time is right and he is ready to depart this world, we will be there to help him undoubtedly,” Cerezo wrote on his blog.

To date, Nagasaki is the longest-staying voluntary castaway in recorded history. After gaining insight into the man’s bold move and extraordinary stay on the island, Cerezo admires his authoring his own happiness in life.

“He could have ended up with mental problems, or an addiction, making people around him unhappy,” said Cerezo, “but instead he chose to be alone and have a wonderful life in the most beautiful paradise.”