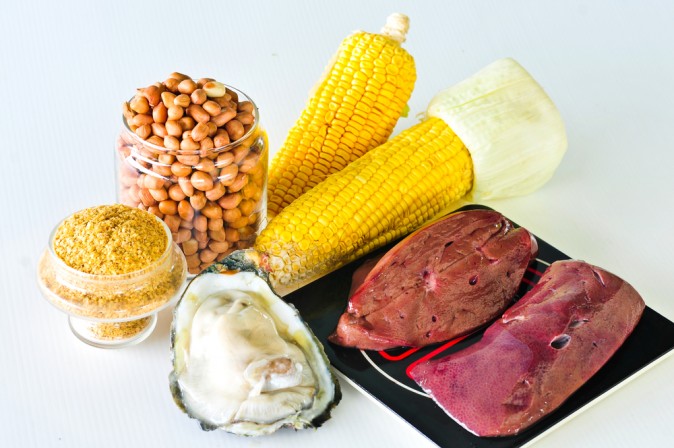 In a research review published in the journal Comprehensive Reviews in Food Science and Food Safety in July, Indian researchers cataloged more than eight separate, research-proven health benefits that zinc plays in the human body.

Zinc is a metal that functions as an essential nutrient in the body. It has been historically used as a medicine in many traditional medicinal systems, the researchers note, with Ayurvedic texts as far back as the 14th century recommending its application in various forms: calcified, zinc carbonate, zinc metal, zinc ore, zinc oxide and a copper-zinc alloy — brass.

Modern scientific studies have supported the use of zinc for boosting immune function in the elderly, reducing infection rates in infants, decreasing the occurrence of diarrhea and removing toxic metals from the body. Studies have found zinc therapy to be helpful for treating gastrointestinal problems, liver disease, diabetes and bacterial and microbial infections. Zinc also acts as an antioxidant, removing damaging free radicals from the body.

In a press release announcing the study findings, the Indian researchers focused on eight separate systems and conditions where zinc plays a critical role in promoting health:

Brain: Studies have shown that zinc can function as an antidepressant, and that patients with Alzheimer’s and Parkinson’s diseases have lower-than-average levels of zinc.

Blood Pressure: Zinc has been shown to play a role in regulating blood pressure in arteries. People suffering from hypertension have also been shown to metabolize zinc differently.

Healing: Insufficient levels of zink have been correlated with slower wound healing. Zinc has also been shown to play a key role in healing early gastric ulcers.

Immune System: Zinc deficiency has been linked with reduced activity of the immune organ known as the thymus, where T-cells mature. Deficiency has also been shown to reduce immunity.

Liver: Zinc deficiency has been connected with both alcoholic and nonalcoholic liver diseases, including cirrhosis.

The researchers also found that zinc played important roles in processes linked to cell injury and inflammation, and that zinc deficiency was connected with lower absorption and metabolism of vitamin A.

Are you Getting Enough?

In spite of all the critical functions played by zinc, the researchers estimate that half of the world’s population is at risk of not getting sufficient levels through their diets.

Although meat is considered the best source of zinc, vegetarians can still get higher levels of the mineral from high-protein vegetable foods, such as legumes, nuts, seeds and oatmeal. In addition, fermentation increases the availability of zinc in some foods, such as soy (consumed as miso or tempeh) and some grains (consumed as leavened breads).

*Image of “foods with zinc” via Shutterstock