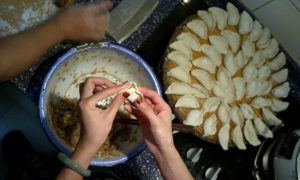 8 Vegetables That Are Healthier Than Kale

It’s no stretch to say that the past few years have been all about kale. This once humble vegetable, more used as a plate garnish than anything else, has turned into the ultimate mainstream health food. But other veggies are just as, if not more, nutritious than kale. Read on for some of the vegetables that are healthier than kale.

Of all the vegetables out there, watercress is the most nutrient-packed per serving. These greens are high in nitrate, which improves oxygen performance during exercise and lowers blood pressure. Watercress contains a ton of vitamin K, vitamin C, vitamin A and beta carotenes. It’s also the best food source of PEITC, a naturally-occurring compound that has been shown to suppress the development of breast cancer. Calorie for calorie, you can’t get any better than watercress.

This southern food staple contains more calcium and double the amount of protein and iron in comparison to kale. Collard greens also beat kale in terms of cholesterol-lowering, and beat kale sevenfold when it comes to folate content.

Beet greens are absolutely loaded with fiber — one serving contains nearly 1/5 of the average daily recommended intake of the stuff. These greens, often relegated to the compost bucket, are also a much better source of potassium, copper, vitamin E and calcium than kale.

Chinese cabbage contains essential amino acids that kale lacks. It is also rich in phytochemicals and organic sulfur compounds and antioxidants — the latter of which stay intact when Chinese cabbage cooked, unlike kale.

Related Coverage
How to Make: Coleslaw

Ah, spinach — the original healthy leafy green. Don’t underestimate the power of this superfood! In comparison to kale, spinach wins out in terms of antioxidants, fiber, iron, magnesium, potassium, vitamin A, protein and vitamin E.

Yep, this humble garnish packs quite the nutritional punch. Per gram, parsley contains 4 times as much folate, over triple the amount of iron and double the amount of fiber and vitamin K in comparison to kale. Another benefit? It’s so much easier to use than kale — many, if not most, meals will benefit from a little sprinkling of chopped parsley.

Chard and kale have plenty in common. And, yes, in some ways, kale is healthier than chard. But, chard has almost double the amount of magnesium as its leafy green cousin, and is a better source of iron. And, taken per gram, chard is more nutrient-dense than kale.

Related:
3 Easy Ways to Cook Spinach
The Food That is Three Times Healthier Than Yogurt