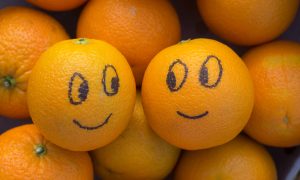 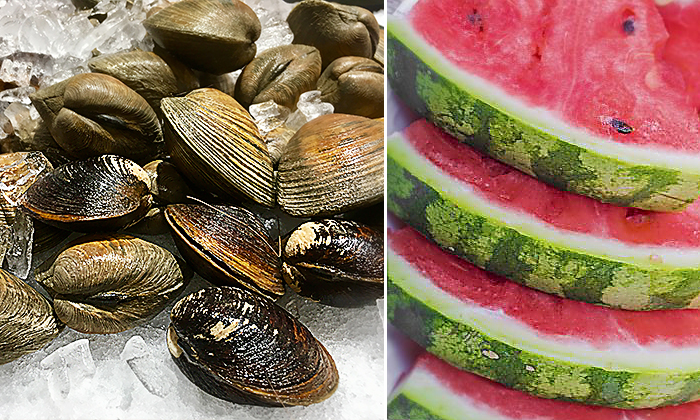 We’ve all heard that we should wash certain foods before we eat them. While some of these foods should obviously be washed before eating, for some of them, it isn’t quite so obvious. Some may even be downright confusing, but it is important to wash them properly to stop the spread of harmful pathogens.

Most canned foods are ready be eaten as-is, but you may want to give your canned beans (the kinds that don’t come in a sauce) a good wash. This is because when they’re canned, those beans are preserved in a liquid that is loaded with sodium. Over time, this salty solution absorbs some of the starch from the beans and becomes thick and cloudy. Most of the recipes call for draining and rinsing the canned beans to remove that excess salt and starch and improve flavor. Doing so also removes the metallic taste sometimes the beans get from the tin cans. Just pour the beans into a sieve, rinse for a few seconds under cold water, and they’re good to go. If you plan to saute or roast them, you may also want to take the extra step of pat-drying them with a paper towel so they don’t steam in the oven.

At the risk of sounding foolish, it’s actually a good idea to wash the outside of a watermelon, avocado, lemon, or ant other inedible-skinned fruit. Even if you’re not planning to munch on any of the tough, fibrous skin and rind, there is a decent reason to rinse off the exterior of them nonetheless; those inedible peels can carry harmful bacteria, and the knife that cuts through them can introduce germs from the outside to the inside and contaminate the flesh you’re about to consume. In fact, just several months ago, there was an outbreak where more than 70 people contracted salmonella after eating pre-cut melon. The incident was so bad that the Centers for Disease Control and Prevention (CDC) had to issue a warning that people should wash their melons to prevent contamination.

It doesn’t actually raise any serious health concerns if you choose not to rinse your rice before cooking. But it’s still worth it to take an extra step to remove the foreign matter. Simply put the your grains in a bowl, cover with cold water and swirl around with your hand, repeating this several times until the water runs clear, and you’re all set. Rinsing your grains removes any starchy powder that may have accumulated during shipping, making your cooked rice fluffier and less sticky. Of course, ridding the rice of its surface starch also means the grain loses its creaminess. It really depends on whether yo want to trade cleanses for the taste.

Nothing ruins a bowl of oysters, clams, or mussels like a broth full of sand and grit. Before throwing them in the pot, rinse them thoroughly under running water to get rid of a lot of the sediment and broken shells. Then, put them in a pot of cold, salted water (like their natural environment), and put them in the fridge for at least 30 minutes. Stir a few times while you wait, and after you take them out of the fridge, don’t dump the pot. Lift the shellfish out with your hands, so that the sediment remains at the bottom of the pot, which will probably be coated with sand that’s settled out. You’ll be glad you took the time to wash them.

The same as washing fresh fruit, the same goes for vegetables, which also carry bacteria. Cutting into them can transfer bacteria from the outside to the inside. And that bacteria has the potential to make people very sick! (We have already mentioned above the recent incident where several people contracted salmonella after eating pre-cut melon.) Wash all of your produce thoroughly before using, including the items with inedible skins and peels!

Washing your fresh produce is a must. It’s literally the best way to reduce your risks for food-borne illness. Whether you pick them at the grocery store, at the farmers’ market, or from your own garden, it’s important that you give them a good and careful wash. According to the Food and Drug Administration (FDA), you should wash raw fruits and vegetables very well before you peel, cut, eat, or cook with them.

Many people prefer the soap product that’s specially designed for washing vegetables; the FDA says there’s no need to use soap or produce wash, considering that plain, running water is effective enough to rinse off any residue or chemicals that may be on the outside of fruits or vegetables. Using produce wash can actually backfire by leaving behind more residue and changing the flavor of your food.

The main reason why some dieters prefer to soak nuts before consuming them is that nuts are naturally coated with phytic acid, which according to Healthline, reduces absorption of certain minerals, notably iron, zinc, and calcium. This effect applies to single meals, not overall nutrient absorption throughout the day. High-phytate foods eaten with most of your meals may create mineral deficiencies over time. Yet, snacking on nuts between meals may not have an effect if meals are eaten a few hours later.

If you are concerned about phytate intake, you can soak the nuts in water overnight to reduce their phytate content.

A popular urban legend which circulated online for many years claims that a woman died due to bacterial infection contracted from drinking out of a soda can covered in rat urine. While the scenario is technically possible, there is no evidence it ever happened. Cans of soda that come in cardboard boxes are usually packaged while still on the production line, so there isn’t much risk of contamination. They are usually shipped out quickly enough so that there is little opportunity for rodents to use the tops of cans as latrines.

That being said, it’s still always a good idea to rinse the tops of soda cans from exposed six-packs or those from vending machines or refrigerators at street-corner grocery stores. They could have traveled hundreds of miles in dirty trucks, sat in rarely cleaned back rooms, or been handled by dirty hands throughout the whole process. If you are unable to wash the can, at least give the lid a wipe using a wet paper towel before putting them to your mouth. Also, pour the contents into a glass if possible.