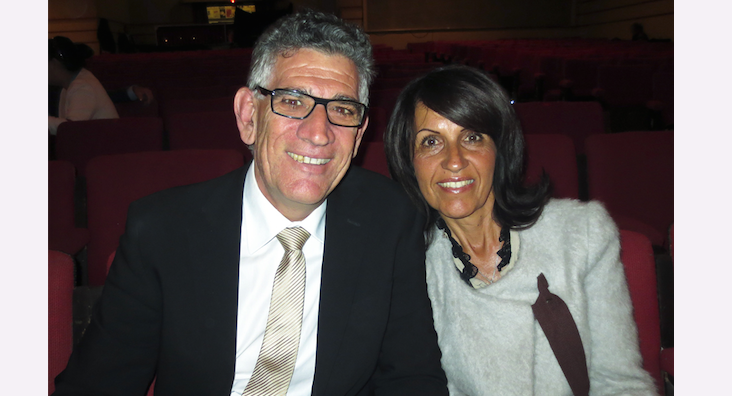 ‘Very colourful and a lot of symbolism’
BY Epoch Times Staff TIMEMay 2, 2014 PRINT

PERTH, Australia—Shen Yun Performing Arts opened the Perth leg of the world tour at The Regal Theatre on Thursday May 1, the first of six performances.

Shen Yun is based in up-state New York and has classical Chinese dance at its heart. The website explains, “For 5,000 years divine culture flourished in the land of China. Humanity’s treasure was nearly lost, but through breathtaking music and dance, Shen Yun is bringing back this glorious culture.”

State-of-the-art digital backdrops, and handmade original designed costumes all add to the visual feast for the eyes.

“The backdrops are magical windows to completely different realms. From vast open grasslands in one dance to the stately elegance of Tang Dynasty pavilions in another; from dusty yellow battlegrounds to tropical beaches to Himalayan peaks to picturesque scenery of the Yellow River Delta—the digital projection infinitely expands and transforms the stage,” the website explains.

“I think it was beautifully balanced and the choreography was very good,” he said. “The balance! The colour! The movement! There were a lot of beautiful things.”

The Shen Yun website explains, “Every costume in a Shen Yun performance is presented with brilliant colors, displaying a splendid spectacle—from the Tang Dynasty’s “Raiment of Rainbows and Feathers” to imperial dragon robes, phoenix coronets, and cloud capes; from the civil official’s headdress and robes to the warrior’s helmet and armor; and from the traditional rightward cross-collared Han clothing to the ethnic attire of the Manchurian, Tibetan, Dai, Mongol, and Uyghur ethnic groups.”

Shen Yun uses mini-dramas to bring myths, legend and contemporary stories to the stage, giving an insight into 5000 years of history and present day persecution in China.

Mr. Natoli said the performance covered so many things “there’s obviously a cultural awareness there for the people who came tonight. … I’m sure a great deal of them would be inquisitive to ask more questions and find out something more.”

He said he was very please he had come to see Shen Yun and “very happy for the insight and the opportunity to have seen the show. I enjoyed very much the presentation and I think it was an excellent effort and also a very big production.”