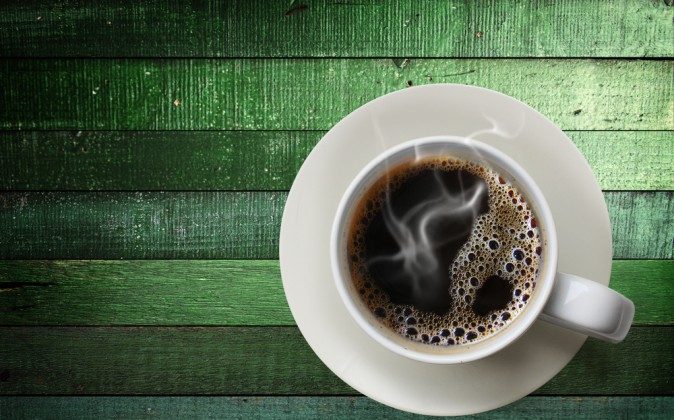 6 Reasons to Drink Coffee Before Your Workout

If you’re like many people, you may start your day with a cup of coffee. According to Health Magazine, about half of American adults stick to this daily ritual, despite conventional warnings that coffee might not be all that good for you.

My own understanding of coffee’s virtues and risks was greatly enhanced by my 2011 interview with Ori Hofmekler, author of The Warrior Diet and Unlocking the Muscle Gene, who has researched coffee extensively.

Ori explained how coffee, when consumed in the right way, can in fact be used as a health and fitness enhancing tool. There are caveats, however, and there are also points of contention, where the details still have not quite been teased out.

Despite that, it is possible to draw up some general guidelines that will allow you to enjoy your coffee with minimal risk. You may even be able to reap valuable benefits from your habit, provided you’re willing to make some slight alterations to how you drink it.

Ori specifically pointed out the benefits coffee might have when consumed prior to working out.

5 Reasons to Drink Coffee Before Your Workout

Contrary to much of the conventional advice, which tends to revolve around coffee’s ability to raise your blood pressure, coffee does appear to have certain functional benefits—if consumed pre-exercise—that are supported by science. As reported by Health Magazine:

“A Spanish study, published in the International Journal of Sport Nutrition and Exercise Metabolism, found that trained athletes who took in caffeine pre-exercise burned about 15 percent more calories for three hours post-exercise, compared to those who ingested a placebo.

The dose that triggered the effect was 4.5 mg of caffeine per kilogram of body weight. For 150-pound woman (68 kg), that’s roughly 300 mg of caffeine, the amount in about 12 ounces of brewed coffee, a quantity you may already be sipping each morning.”

According to Ori’s research, coffee can increase your metabolism by up to 20 percent, which seems to be in line with the Spaniards’ finding. Besides providing you with a temporary metabolic boost, other functional benefits of a pre-workout cup of coffee include:

According to Health Magazine, Japanese researchers recently discovered that people who were not regular coffee drinkers experienced a 30 percent boost in capillary blood flow after drinking five ounces of regular coffee, compared to those drinking decaf.

Improved blood circulation typically equates to improved oxygenation of your tissues, which may boost your exercise performance.

The featured article notes research from the University of Illinois, which found that a caffeine dose equivalent to two or three cups of coffee taken one hour prior to a half-hour-long workout reduced the participants’ level of perceived muscle pain.

This pain reduction could allow you to push yourself just a bit harder, which is important during high intensity exercises.

Research from the University of Georgia, published in the March 2007 issue of The Journal of Pain, reported very similar findings. Here, consuming the equivalent of two cups of coffee an hour before training reduced post-workout muscle soreness by up to 48 percent.

To put this into perspective, studies using naproxen (Aleve) only achieved a 30 percent decrease in post-workout muscle soreness, and aspirin produced a 25 percent decrease.

A 2005 meta-analysis concluded that caffeine can reduce your perceived level of exertion by more than five percent—effectively making your exercise feel “easier.”

Moreover, caffeine improved exercise performance by more than 11 percent, which appears to be related to the reduction in perceived level of exertion.

According to Ori, coffee triggers a mechanism in your brain that releases a growth factor called Brain-Derived Neurotrophic Factor (BDNF). Besides the brain, BDNF also expresses itself in your muscles, where it supports the neuromotor—the most critical element in your muscle. Without the neuromotor, your muscle is like an engine without ignition. Neuro-motor degradation is part of the process that explains age-related muscle atrophy. So in this respect coffee may help maintain more youthful muscle tissue.

The featured article also notes recent research from Coventry University that supports this notion. In that study, they found that caffeine helped offset age-related loss of muscle strength, again suggesting that caffeine may help preserve your muscles as you age, and reduce your risk of injuries.

BDNF also activates brain stem cells to convert into new neurons in your brain, which can have definitive benefits for your brain function. Indeed, research conducted at Johns Hopkins University found that 200 milligram (mg) of caffeine enhanced participants’ memory for up to 24 hours.

When and How to Drink Coffee for Maximum Benefit

As I mentioned earlier, there are some caveats to consider. You can easily eliminate any health benefits that coffee might provide by adding milk, creamer, sugar or artificial sweeteners to your cup, for example. Also, while some of the studies noted above used caffeine opposed to coffee, I agree with experts like Ori who warn that caffeine in isolation could be quite toxic.

It’s important to remember that the natural blend of polyphenol antioxidants (including chlorogenic acids), bioflavonoids, vitamins and minerals in coffee beans all work together to help neutralize the harsher effects of the caffeine.

Drink coffee in the morning, before exercise, not after.

Recent research from the University of Oslo, Norway, reveals that whole coffee possesses potent anti-inflammatory chemo-protective and anti-aging properties. Coffee has shown to inhibit the pro-inflammatory pathway NFkβ, which has been directly linked to inflammation, certain cancers and accelerated muscle aging.

Note that NFkβ is inhibited by certain phenols in coffee rather than caffeine. This indicates again the superior health and muscle preserving qualities of whole coffee over caffeine alone.

There are literally thousands of different natural chemical compounds in your brew, and science now suggests the synergy between them can pack a nice nutritional punch. You’re not likely to get this synergetic effect from caffeinated supplements and beverages like Red Bull! That said, some of the primary considerations and caveats will be discussed in the following sections.