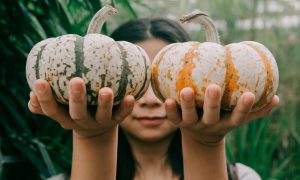 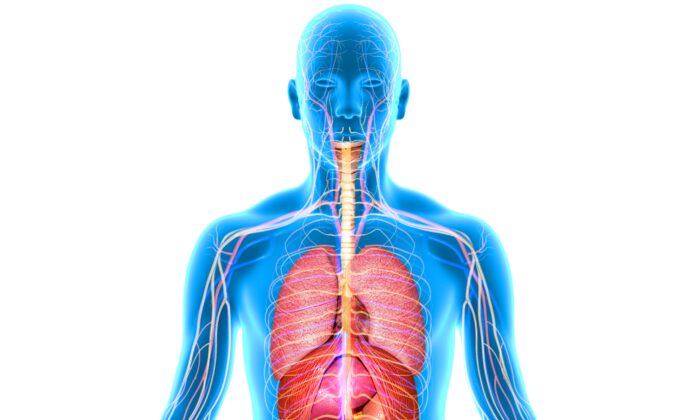 The body is in a constant state of replacing itself and healing itself. Medicine can help that process, but too often doesn't. (sciencepics/Shutterstock)
Lifestyle

It may come as a surprise to some, especially those with conventional medical training, but the default state of the body is one of ceaseless regeneration. Without the flame-like process of continual cell turnover within the body—life and death ceaselessly intertwined—the miracle of the human body would not exist

In times of illness, however, regenerative processes are overcome by degenerative ones. This is where medicine may perform its most noble feat, nudging the body back into balance with foods, herbs, nutrients, and healing energies and intentions.

Today, however, drug-based medicine invariably uses chemicals that lack regenerative potential; to the contrary, they commonly interfere with bodily self-renewal in order to suppress the symptoms against which they are applied.

In other words, most medicines attack disease symptoms rather than support the body’s own ability to combat disease.

Over the course of the past few years of trolling MEDLINE  (the National Institutes of Health’s website produced by the National Library of Medicine), we have collected a series of remarkable studies on a topic considered all but heretical by the conventional medical system—spontaneous remission.

There is actually a broad range of natural compounds with proven nerve-regenerative effects. A 2010 study published in the journal Rejuvenation Research, for instance, found a combination of blueberry, green tea and carnosine have neuritogenic (i.e. promoting neuronal regeneration) and stem-cell regenerative effects in an animal model of neurodegenerative disease. Other researched neuritogenic substances include:

There is another class of nerve-healing substances, known as remyelinating compounds, which stimulate the repair of the protective sheath around the axon of the neurons known as myelin. Myelin is often damaged in neurological injury and/or dysfunction, especially autoimmune and vaccine-induced demyelination disorders.

It should also be noted that even music and falling in love have been studied for possibly stimulating neurogenesis, regeneration and/or repair of neurons, indicating that regenerative medicine does not necessarily require the ingestion of anything; rather, a wide range of therapeutic actions may be employed to improve health and well-being, as well.

Glycyrrhizin, a compound found within licorice that is also a powerful anti-SARS virus agent, has also been found to stimulate the regeneration of liver mass and function in the animal model of hepatectomy. Other liver regenerative substances include:

The medical community has yet to harness the diabetes-reversing potential of natural compounds. Whereas expensive stem cell therapies, islet cell transplants, and an array of synthetic drugs in the developmental pipeline are the focus of billions of dollars of research, annually, our kitchen cupboards and backyards may already contain the long sought-after cure for type 1 diabetes. Nature has a way of providing the things our bodies need.

The following compounds have been demonstrated experimentally to regenerate the insulin-producing beta cells, which are destroyed in insulin-dependent diabetes, and once restored, may (at least in theory) restore the health of the patient to the point where they no longer require insulin replacement.

Secretagogues are substances in the body that cause other substances to be secreted, like sulfonylureas, which triggers insulin release. Secretagogues, including synthetic secretagogues, can increase the endocrine glands’ ability to secrete more of a hormone. But even better are substances that truly regenerate hormones which have degraded. They do this by emitting electrons into potentially carcinogenic “transient hormone” metabolites. One of these substances is vitamin C.

A powerful electron donor, this vitamin has the ability to contribute electrons to resurrect the form and function of estradiol (estrogen; E2), progesterone, and testosterone, for instance. In tandem with foods that are able to support the function of glands like the ovaries, vitamin C may represent an excellent complement or alternative to hormone replacement therapy.

Not too long ago, it was believed that cardiac tissue was uniquely incapable of being regenerated. A new and rapidly growing body of experimental research now indicates that this is simply untrue. A class of heart-tissue regenerating compounds, known as neocardiogenic substances, are able to stimulate the formation of cardiac progenitor cells which can differentiate into healthy heart tissue. Neocardiogenic substances include the following:

Another remarkable example of cardiac cell regeneration is through what is known as the fetomaternal trafficking of stem cells through the placenta. The amazing process known as “fetal microchimerism” allows a fetus to contribute stem cells to the mother which are capable of regenerating her damaged heart cells, and possibly a wide range of other cell types.

Curcumin and resveratrol have been shown to improve recovery from spinal cord injury. Over a dozen other natural compounds hold promise in this area, which can be viewed on GreenMedinfo’s spinal cord injury page online. As far as degenerative joint disease, i.e. osteoarthritis, there are a broad range of potentially regenerative substances, with 50 listed on the site’s osteoarthritis research page.

Regenerative medicine poses a unique challenge to the current medical paradigm, which is based on costly drug trials, patents, and an economic infrastructure supported by drug-based interventions. It is a simple truth that symptom suppression is profitable. It guarantees both the perpetuation of the original underlying disease and the generation of an ever-expanding array of additional, treatment-induced symptoms known as side effects.

But cures, especially those that come from natural sources, don’t have this built-in income potential. Worse perhaps, from a Big Pharma perspective, they can not be easily patented. In the current regulatory environment, that means that companies have no incentive to conduct the costly trials required to have these cures approved by the FDA and then used in clinical settings. Without patents, they can’t be controlled and sold.

But suppressing symptoms with drugs that cause side effects requiring other drugs is a non-sustainable, infinite growth model. It is doomed to fail and eventually collapse.

The current approach also interferes with the body’s natural regenerative and immune capabilities. Cultivating diets, lifestyles and attitudes conducive to bodily regeneration can interrupt this pathological circuit. With true health, we can attain the bodily freedom that is a precondition for the liberation of the human spirit.