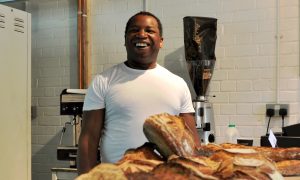 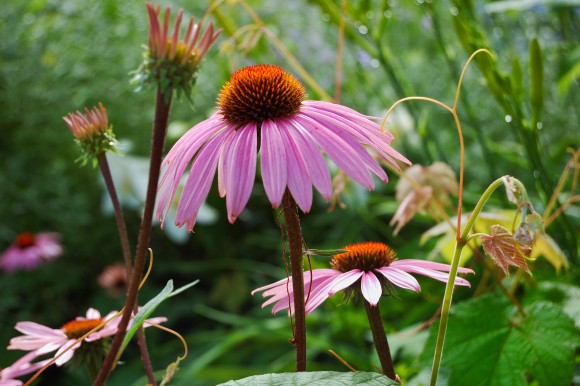 5 Native American Herbs for the Cold and Flu Season

Before flu shots, NyQuil, and Mucinex, native tribes and early American settlers had their own arsenal of cold and flu treatments—herbs.

In a New World of unfamiliar plants, many white settlers didn’t understand the healing potential of the native herbs that grew around them, yet the conventional medicine of the day offered little comfort. In the early 1800s, when the available options were bloodletting, mercury, and strychnine, the best course of action was often doing nothing at all.

During these dark times, Samuel Thomson—a poor, uneducated farm laborer from New Hampshire—offered ailing Americans some home grown tools for healing. Thomson devised a unique system of medicine utilizing a few native plants, and his patented method quickly spread across the American frontier. By 1840, the Thompsonian method was adopted by as many as five million Americans.

Thomson’s top herb—lobelia —had long been used by the Penobscot, Cherokee, and Wampanoag tribes for healing, but was virtually unknown to white folks, until Thomson. The nation’s trusted root doctor had discovered the remarkable effects of the herb as a child when he used it to prank friends (at high doses, users discover the secret of its folk name: pukeweed). Thomson used lobelia for a wide variety of ailments, but also found it effective in colds, and fevers. Lobelia clears the lungs and promotes the expectoration of mucus.

Thomson spent a year in jail in 1809 when a jealous doctor accused him of killing a man with lobelia. Thomson was later vindicated, but lobelia’s toxic reputation still lingers. Today, lobelia is widely available in pills and tinctures.

Thomson’s second favorite remedy was cayenne pepper, which he called “one of the safest and best articles ever discovered to remove disease.” Thomson discovered cayenne during a trip to Massachusetts, and immediately realized its value in healing.

Goldenseal was another herb popularized by Thomson, but by 1910 this popularity had nearly picked the plant to extinction.

Often used in large doses as a natural antibiotic, herbalist Matthew Wood cautions that this is “not a holistic use of the plant.” According to Wood in the New World edition of his “The Earthwise Herbal” (2009), killing bacteria without changing the conditions that led to their appearance is “not competent practice.” Wood’s suggestion: use goldenseal in small doses to tonify the mucous membranes, and remove “the propensity for bacteria to flourish.”

Goldenseal can be used for head congestion and sore throat. Administer small doses (a few drops). This is not only better for the patient, but for the plant as well. A native to the American Midwest, in some states goldenseal has become an endangered species.

An important plant to the Great Plains Indians, echinacea came to prominence in the late 1800s, and has soared in popularity over the last few decades as an immunity booster. But according to bio-chemist turned herbalist Kerry Bone, there are many misconceptions of how echinacea actually affects the immune system.

According to Bone—co-founder and research director at MediHerb—echinacea works best as a preventative, or in the very early stages of an infection.

Another misconception about echinacea: you can only use it for a short period of time. Bone advocates taking echinacea as part of a daily regimen to ward off infections, and suggests Echinacea angustifolia (the variety used by native healers), rather than the significantly less potent but easy to grow Echincea purpurea.

For our last herb we move out West, far from where Thomson would have roamed. During the influenza epidemic of the early 1920s, the medical community discovered that whites and Indians in Nevada fared far better than the rest of the country. Their secret weapon: lomatium root.

Lomatium has long served as a medicine and food to the Great Basin tribes. The root, available in tinctures and pills, can address minor head colds and lessen the severity and duration of strong respiratory infections.