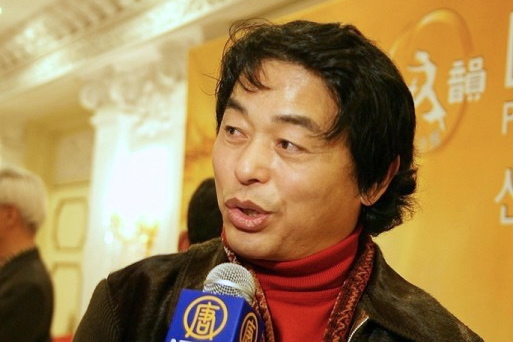 Eun-Soo Park, an actor in Jewel in the Palace, arguably the most popular drama in Asia over the years, says that Divine Performing Arts is something everyone should pursue. (Epoch Times)
Company

Renowned Korean Actor: SY ‘Should be something that everyone should experience’

SEOUL, South Korea—Shen Yun Performing Arts International Company consummated its third out of six shows on February 6 at Universal Arts Center in Seoul, South Korea. Among the audience was Eun-Soo Park, a household name in Asia.

Mr. Park played the strict medical instructor, Dr. Ik-Phil Shin, in arguably the most popular TV series in Asia over the past few years — Jewel in the Palace (The Great Jang Geum).

Seeing Shen Yun Performing Arts for the first time, the legendary actor was taken with the show saying, “This is so beautiful!”

With a practiced eye he noted the detail in the production saying “The scenes in the backdrops are stunning. The stories depicted are also so great.”

Mr Park’s role as Dr Shin in Jewel in the Palace was a defining one which gained him respect from audiences around Asia.

The 70-episode drama, which was released in 2003, is based on the true story of the first female doctor, Jang-Geum Seo (Young-Ae Lee), 500 years ago in the Joseon Dynasty.

She became the royal physician, looking after the emperor, and under Mr Shin’s influence was able to avoid committing wrong doings and reinforced the values of traditional Korean culture.

After watching the Shen Yun Performing Arts, which is committed to the values of traditional Chinese culture, Mr. Park, a graduate of Seoul Institute of the Arts, said that Shen Yun is something everyone should pursue.

“Wonderful artistry such as that of Shen Yun Performing Arts should be something that everyone pursues. Many people still don’t know about this show yet. That’s really a pity. Good shows like DPA should be known by more people.”

In watching Shen Yun, Mr. Park also saw the destruction of traditional culture in today’s China under the rule of Chinese Communist Party.

“Such a splendid performing arts company deserves to be more well-known. If this show can eventually play in mainland China, then China will have a 180 degree change.”