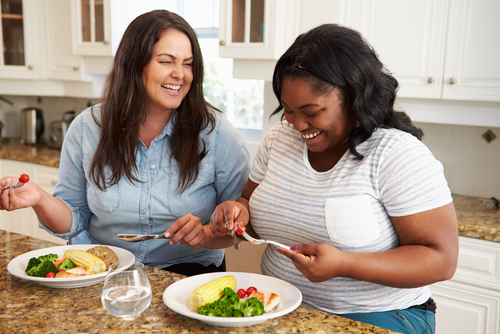 Blame and shame does little to affect change, but with the right focus and information people will stay engaged long enough for healthy habits to "catch."
Weight Loss

Imagine that you are running a company, but you cannot get to your goal because all of your good workers keep quitting.

For 30 years, your response to this problem has been to criticize the workers and say they are stupid and weak for quitting. As a result, you never reach your goal. You don’t change your formula or alter your plan, just keep blaming and shaming the workers for quitting.

If you did this, your failure rate would remain unchanged over time, of course, and you would never reach your goal.

In the same way, hundreds of thousands of people fall short of their dieting and weight loss goals every year, and the incidence of obesity continues to rise. The fitness industry’s answer to this has been to continue on as planned and blame the soaring failure rates on the people themselves, creating a culture of overt and subtle fat-shaming.

Now, imagine that you do some research at your company, and you find out that folks keep quitting because the carpet smells like garbage, the office is way too hot and the desks are in disrepair. If you hope to eventually get to your goal, you would almost certainly address the factors that are leading to attrition of our workers, right?

The same thing goes for weight loss in 2018. Science has shown us why “workers” are quitting. They quit because their ability to perform exercise is limited, they don’t sleep enough and they don’t eat well. Just as your company needed to stop ridiculing the workers for quitting and instead change the carpet, furnace and desks, the fitness world should resist the urge to fat-shame and instead focus on exercise capacity, sleeping and recovery.

I have studied weight loss and obesity for many years. The issue of people being overweight and obese grows more pressing each year, as 84 million people are now considered pre-diabetic. While they are in a pre-diabetic condition, they can still avoid the debilitating consequences of the disease. But once they become diabetic, health problems cascade as a result of this serious disease. The same is true for heart disease, arthritis and many other obesity-related conditions.

People must exercise enough not only to burn calories for weight loss but to keep weight off. Simply put, if a person can walk for only five minutes today, he or she cannot expect to be successful on a program that calls for four days of exercise beyond that amount of time, tomorrow. Thus, the initial goal of any intended weight loss transformation should be to first increase one’s exercise capacity to a critical point, called the catching point.

Once this capacity is reached, food preferences will change, metabolic rates will increase and patients will have a real chance to follow an exercise regimen that results in a significant amount of calories burned.

An “in-shape” person is much more likely to be successful with a new diet and exercise program than a sedentary, overweight person. As a result, step one must be to increase this capacity and to get there.

The other two tenets of recovery are equally critical: sleep and diet.

Thousands of articles and many books have been written on sleep as it relates to brain function, brain waves, thinking, memory, mood, etc. The role of sleep in physical metabolic change, though, is missing from most diet attempts.

Simply put, sleep is the time that the body changes. Structurally, our bodies are making molecules during the period of sleep that follows exercise. These molecules do useful things for us such as strengthen our muscles, lower blood pressure, neutralize inflammation, and increase our metabolism.

Sleeping enough will also make us eat less. Functional MRI scans of the brain show that people are far more interested in eating when they are sleep-deprived. Moreover, sleep-deprived people are more driven toward unhealthy foods when given the option. They also have increased levels of gherlin, the hormone that makes us feel hungry, and decreased levels of leptin, the hormone that makes us feel full. And, in multiple studies people have been shown to actually eat more food and actually gain more weight when sleep-deprived. Population-based studies have shown an increased body mass index (BMI) in people with fewer sleep hours.

Often, people err when they try to lose weight by restricting calories at the beginning of their efforts. Restricting calories leads to a host of responses from the body that induce food-seeking behavior and cause people to “quit” their diets. A recent study of a large group of people suggests that people should not count calories at all but instead pay attention to the quality of the food they eat, refraining from sugar and processed foods and instead eating lots of fruits and vegetables.

We can’t make changes in our body’s structure without the appropriate nutrients on board. If, while we are sleeping, our bodies set out to make the changes we want and there are no nutrients with which to do so, there will be no transformation. The specific nutrients necessary for recovery and optimization of our microbiome have been well-described during recent years and should be added to our intake until a critical point of clean eating is reached.

In summary, the three things missing from most diet attempts are the appropriate exercise capacity, the right amount of sleep, and a plan to eat for recovery and change. Implementing these elements to most plans will allow folks to stay engaged long enough for healthy habits to “catch.”

David Prologo is an assistant professor in the department of radiology and imaging sciences at Emory University. This article was originally published on The Conversation.