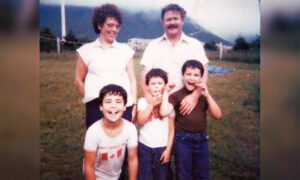 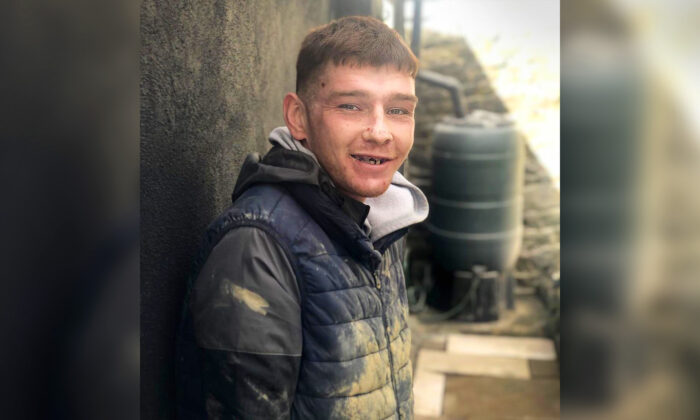 Once a drug addict sleeping rough on the streets of Leeds, in northern England, a 25-year-old youth received a helping hand when he made himself known to a local charity. Young Josh Ellis was provided a roof over his head, clean clothes, and a whole new support network—and it transformed his life.

Josh had been homeless for almost three years, and had been addicted to spice (synthetic cannabinoids) and cocaine for nearly two years, which cost him up to 80 pounds (approx. US$113) per day, he told the Yorkshire Evening Post.

He’d gotten in touch with VCS while still living in a sleeping bag outside a bakery in the center of the city, where the manager had been buying him breakfast in the mornings. Josh was ready for change, though; he had been visiting the charity’s support unit for a fortnight until being taken into their recovery program.

VCS, who provide food parcels and housing support to anyone in need, started documenting Josh’s recovery on social media. The former addict’s emerging transformation prompted a huge response from netizens, with many praising his resolve and thanking the charity for their timely intervention.

Since leaving his crippling addiction behind him, Josh started working as a cook and landscaper with the group’s support.

On recovery day 73, they shared a photo on Facebook of Josh beaming proudly. “I’m proof that any young homeless person who is given a chance can change,” he shared, adding, “I just need you all to know that I was only homeless, I wasn’t hopeless.”

At 89 days sober, Josh hit a stumbling block. Thinking he could run before he could walk, Josh was taken into a mentoring session with Lee, to reset his expectations and get him back on track.

“I’ve realized that I’ve been getting too comfortable around my new employers,” Josh admitted. “My work ethic is amazing, they say, but I thought I had become Head Chef and Head Gardener.”

Humbly acknowledging his learning curve, Josh added, “It’s because these guys care, that’s why they do this for me.” The charity responded to their protégé, professing, “We will tell him when he’s ready. Our program’s intense, that’s why it works so well.”

Josh, though, still on the road to recovery, has already decided to pay it forward. Working with VCS chef Dale Spink, he’s helping prep meals for other Leeds youths in need of a helping hand.

He also reunited with Shelagh—that bakery manager who showed him kindness in his time of greatest need. The pair took photos for the Yorkshire Evening Post, with Josh telling the kind manager that she saved his life without knowing it.

At the time of writing, Josh just underwent dental restoration and was 153 days sober.

His next big challenge, he says, is self-motivated: Josh wants to scale Yorkshire’s famous “Three Peaks” mountains in June, alongside some of his friends at VCS—both to raise awareness for youth homelessness and money for local food banks.