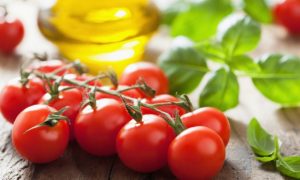 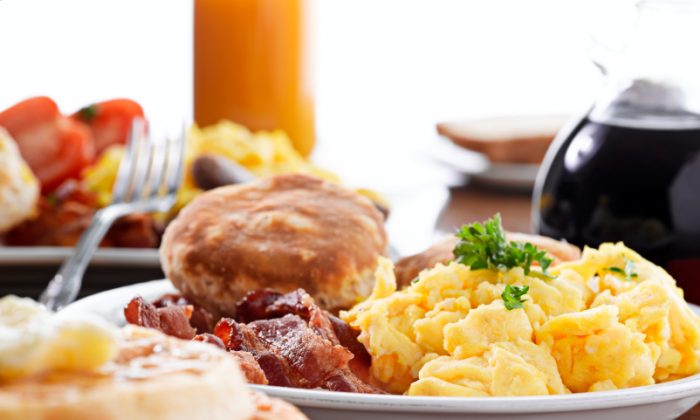 Every five years, the US Departments of Agriculture (USDA) and Health and Human Services (HHS) convene a 15-member panel to update the nation’s dietary guidelines.

The panel’s stated mission is to identify foods and beverages that help you achieve and maintain a healthy weight, promote health, and prevent disease. These guidelines also serve as the foundation for national nutrition policies, such as school lunch programs and feeding programs for the elderly.

The 2015 dietary guidelines include a number of positive modifications, although I still do not agree with all of its recommendations. Public comments on the report were only accepted through April 8, 2015.

On the up-side, the advisory panel has decided to eliminate warnings about dietary cholesterol, which for decades has been wrongfully blamed for causing heart disease.

The latest guidelines accurately state that there is no such link. According to the report, “cholesterol is not a nutrient of concern for overconsumption.”

Until now, the guidelines have recommended limiting dietary cholesterol to 300 milligrams (mg) per day, which amounts to about two eggs. As noted by Steven Nissen, chairman of the department of cardiovascular medicine at the Cleveland Clinic:

“Many of us for a long time have believed the dietary guidelines were pointing in the wrong direction. It is long overdue.”

Unfortunately, while high-cholesterol foods like eggs are off the hook, they still insist that saturated fat causes high cholesterol in your blood, thereby promoting heart disease…

The panel recommends limiting both trans fats (which are indeed harmful) and saturated fat (which is not) to less than 10 percent of daily calories. This is still way off base, so while there’s cause for celebration that eggs have been vindicated, there’s still work to be done to correct people’s fear of saturated fat.

BUTTER ME UP! 4 Reasons to Put (Grass-Fed) Butter Back on Your Plate

Saturated fats are actually important for optimal health, and most people likely need anywhere from 50 to 80 percent of their daily calories from healthy fat—far more than the upper limit of 10 percent suggested by federal guidelines.

For weight loss, they also recommend sticking to low- and non-fat dairy, which I believe is a mistake. Low-fat recommendations are likely to do more harm than good across the board, but it may be particularly counterproductive if you’re trying to lose weight.

In fact, mounting evidence clearly shows that a high-fat, low-carb diet can be exceptionally effective for weight loss—provided you’re eating the right kinds of fats. Saturated fats are not only essential for proper cellular and hormonal function, they also provide a concentrated source of energy in your diet.

The high-fat, low-carb combination is therefore ideal because when you cut down on carbs, you generally need to replace that lost energy by increasing your fat consumption. Sources of healthy fats that you’ll want to add to your diet include:

Another healthy fat is the omega-3 fat docosahexaenoic acid (DHA). Approximately 60 percent of your brain is composed of fats—25 percent of which is DHA. Omega-3 fats such as DHA are considered essential because your body cannot produce it, and must get it from your daily diet.

I recommend taking an animal-based omega-3 fat such as krill oil on a regular basis, while simultaneously limiting damaged omega-6 fats found in abundance in vegetable oils and processed foods.

To learn more about the flawed science that led us this far afield, I highly recommend taking the time to watch Dr. Maryanne Demasi’s report on the saturated fat myth, which aired on ABC News in Australia about two years ago.

Dr. Fred Kummerow, author of Cholesterol Is Not the Culprit, has also detailed exactly where we went off the track. Dr. Kummerow, now nearly 100 years old, was the first researcher to identify trans fat as the real culprit behind clogged arteries, all the way back in 1957!

His research has also demonstrated that neither dietary cholesterol nor saturated fat promote arterial plaque, and are being wrongfully shunned… As initially postulated by Dr. Yudkin in the 1960s, sugar is another major dietary culprit in the development of heart disease.

Other Notable Changes in the 2015 Dietary Guidelines

I believe artificial sweeteners should be removed from the market altogether due to their numerous health risks, but at least this recommendation reflects the voluminous evidence showing that artificial sweeteners do NOT promote weight loss. On the contrary, they tend to promote weight gain, and have been shown to worsen insulin resistance and metabolic disorders to a greater degree than refined sugar.

The 2015 guidelines also reflect the shift away from focusing on specific nutrients such as fat, carbs or protein—which in the past has led to an ever-growing plethora of processed “functional” foods—toward a general focus on eating more whole foods. My only objection there is that they still do not consider the hazards of eating too many whole grains, which can exacerbate insulin and leptin resistance. That said, the panel does recommend limiting refined grains.

As for the panel’s review of research into foods that help combat disease, vegetables and fruits are the only dietary elements found to be consistently helpful against every disease included in the review. One can only hope that this will sink in and eventually lead to much needed changes in agricultural subsidies, which are currently geared entirely toward the manufacturing of disease-promoting processed foods that are high in added sugars.

The 2015 guidelines also break new ground by commenting on the environmental impact of our food choices. The panel notes that switching to a healthier diet higher in veggies, fruits, nuts, and legumes, and lower in animal products, could reduce greenhouse gas emissions and use up less resources such as water and energy.

Take Control of Your Health

There’s little doubt that simplifying nutritional guidelines to focus on whole foods is a giant step in the right direction. That alone can automatically eliminate most of the added sugars and unhealthy fats from your diet. The rest is just a matter of tweaking the ratios of fat, carbs, and protein to suit your individual situation. So, if processed food still make up the bulk of your meals, you’d be wise to reconsider your eating habits. This is particularly important if you have kids. Not only are processed foods the primary culprit in obesity and related diseases, including insulin resistance and type 2 diabetes, processed foods can also affect the IQ of young children.

One British study revealed that kids who ate a predominantly processed food diet at age three had lower IQ scores at age 8.5. For each measured increase in processed foods, participants had a 1.67-point decrease in IQ. Another study published in the journal Clinical Pediatrics also warns that frequent fast food consumption may stunt your child’s academic performance. Parents would certainly be well advised to pay heed as you do not need to be a rocket scientist to realize that poor nutrition will ultimately have an adverse effect on performance—both physical and mental.

To optimize nutrition, focus your diet on whole, ideally organic, unprocessed or minimally processed foods. Another key is to trade refined sugar and processed fructose for healthy fat, as discussed earlier. This will optimize insulin and leptin levels, which is key for maintaining a healthy weight and optimal health. Healthy fat is particularly important for optimal brain function and memory. This is true throughout life, but especially during childhood. For more detailed guidance, please see my optimal nutrition plan. It’s a step-by-step guide to feeding your family right, and I encourage you to read through it. I’ve also created my own “food pyramid,” based on nutritional science, which you can print out and share.

Where to Find Healthy Foods

Your best bet for finding healthy food is to connect with a local farmer that raises crops and animals according to organic standards. In the case of eggs, what you’re looking for is eggs from pastured, free-range hens. In the US, the following organizations can help you locate farm-fresh foods:

Weston Price Foundation has local chapters in most states, and many of them are connected with buying clubs in which you can easily purchase organic foods, including grass fed raw dairy products like milk and butter.

Local Harvest — This Web site will help you find farmers’ markets, family farms, and other sources of sustainably grown food in your area where you can buy produce, grass-fed meats, and many other goodies.

Community Involved in Sustaining Agriculture (CISA) — CISA is dedicated to sustaining agriculture and promoting the products of small farms.

FoodRoutes — The FoodRoutes “Find Good Food” map can help you connect with local farmers to find the freshest, tastiest food possible. On their interactive map, you can find a listing for local farmers, CSAs, and markets near you.