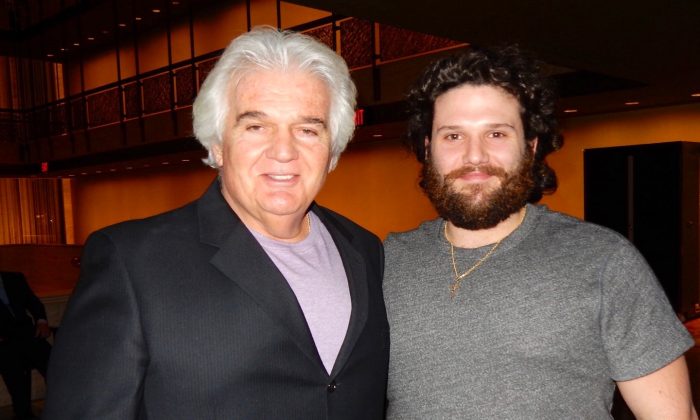 NEW YORK—Ed Fantegrossi, the CEO of GEOgraphic Network Affiliates International, loved Shen Yun Performing Arts, which he saw the evening of Jan. 16 at Lincoln Center. But instead of saying much about the classical Chinese dance and music company, the proud father turned the after-show interview over to his son, Allyn, who had been an Asian studies major.

“It was fascinating just to see the story of The Monkey King here,” said Allyn, who had studied Chinese and ancient Han Dynasty History at Fairfield University in Connecticut.

Ancient and traditional Chinese culture is exactly what Shen Yun aims to restore, using dance to retell legends and scenes from literary classics like the “Monkey King and Dragon Palace” and to present the virtues that the Chinese cultivated and cherished for millennia.

The tale of the Monkey King comes from the classic novel “Journey to the West.” The hero, the Monkey King, wonderfully intelligent and courageous, also has miraculous powers. All he lacks is a weapon, though, and his search for it takes him to the Dragon King’s palace at the bottom of the sea.

Allyn explained that he had seen dozens of incarnations of the classic story appear in modern mainstream culture—in television shows, for example. The literary classic goes “cross-cultural because it’s such a rich story,” he said.

And he’s seen the virtues in the story come across in animated shows, which he finds phenomenal because each generation is introduced to them.

In Shen Yun what he “really, really loved was [that] the two values of veneration and piety … are reproduced yet again for Western culture.”

He so appreciated that Shen Yun is promoting these values internationally because he doesn’t believe they are valued enough in Western culture. The pair aren’t “practiced enough, … not even the simple part of honoring your parents, but just understanding your own lineage and respect for that,” he said.

Piety and veneration are just two of the virtues Shen Yun wants to present. According to the website, “principles such as benevolence and justice, propriety and wisdom, respect for the heavens, and divine retribution, all come to life, washing over the audience.”