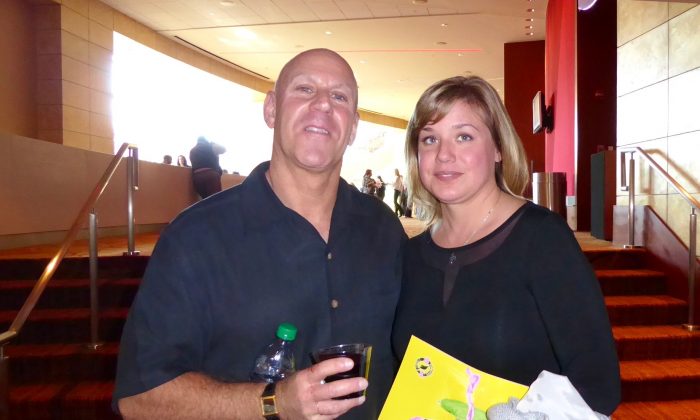 ATLANTA—After seeing Shen Yun Performing Arts at the Cobb Energy Performing Arts Centre on Jan. 16, George Arslanian and his wife Heather had only one regret—that they had not brought their daughters along with them to see the performance.

Shen Yun, based in New York, celebrates traditional Chinese culture through a performance of classical Chinese dance and music. The company has four equally large troupes that travel all around the world to perform—except in China, where Shen Yun is banned from entry.

For the past century, the Chinese Communist Party has attempted to stifle traditional culture and beliefs through movements like the Cultural Revolution. But Shen Yun is bringing back this rich heritage.

“It’s an outrage,” Mr. Arslanian said about how the company cannot perform in their home country.

Mrs. Arslanian, who works in the insurance industry, agreed. “It’s awful,” she said. “It’s such a beautiful culture. It’s just a shame. We need more of that,” she said, praising the beauty, the spirituality, and the rich culture presented by Shen Yun.

The bel canto singers of Shen Yun, who sang lyrics imbued with ideas of the divine and transcending the mundane, particularly touched Mrs. Arslanian. “I felt like she was talking to us as Americans,” she said. “That America’s heading down the same road.”

Within the Shen Yun performers, Mr. Arslanian saw discipline and self-control, characteristics of the Chinese people, he said as he praised the meticulous precision of the performance.

Besides the dancing and the singing, Mrs. Arslanian loved the vibrant costumes as well as the animated backdrop which closely interacted with the performers on stage to create a movie-like effect. “The way they jump of the screen!” she exclaimed.