Every Movement in Shen Yun Reveals Essence of Ancient China 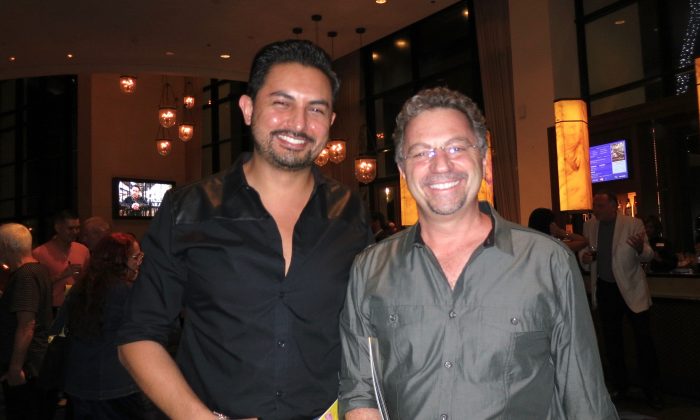 Josue Diaz loved the spiritual side of Shen Yun, "the idea of light behind every single aspect.” He attended the Au-Rene Theatre, Broward Center for the Performing Arts on Jan. 9, 2016, with Paul Lambrakisn. (Sally Sun/Epoch Times)

FORT LAUDERDALE, Fla.—Sometimes the beauty of a performance by Shen Yun Performing Arts can be so compelling that people feel every aspect of the performance has a direct impact on them.

“The animation, the story-line, the colors, the costumes, the culture, the history, it is just incredible, beautiful, touching, touching, I am just amazed by it. Amazed, yes,” said Josue Diaz, after the seeing the performance at Au-Rene Theatre at the Broward Center for the Performing Arts on Jan. 9.

From award-winning vocalists to classical Chinese dancers, from an orchestra combining both traditional Chinese and Western symphonic instruments to digitally animated backdrops and colorful costumes, each aspect of New York-based Shen Yun envelops the audience in what theatergoers often call a sensory feast.

Yet in bringing to life the traditional Chinese music and dance, Shen Yun also aims toward a deeper purpose: to restore the ancient culture‘s cherished values—values such as propriety, courage, and compassion.

For copy writer Paul Lambrakis, attending with Mr. Diaz, the beauty goes deep, down to the essence of Chinese culture.

The beauty of the dance, “is a movement that starts from deep inside,” he said. He understood that the dancers were trained, but believed that they had to feel very deeply what they were portraying.

“What are the really striking things is the beauty of the dancers, both the women and the men, the gracefulness, the flowing movements, the facial expressions. It is just—it is beautiful. I mean, the whole thing is a dance. It is not just the movement of the feet or the arms. It is the face, it is the placement of the head, it is orchestrated,” he said.