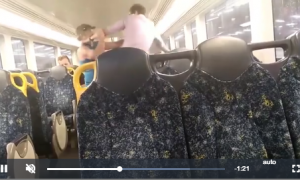 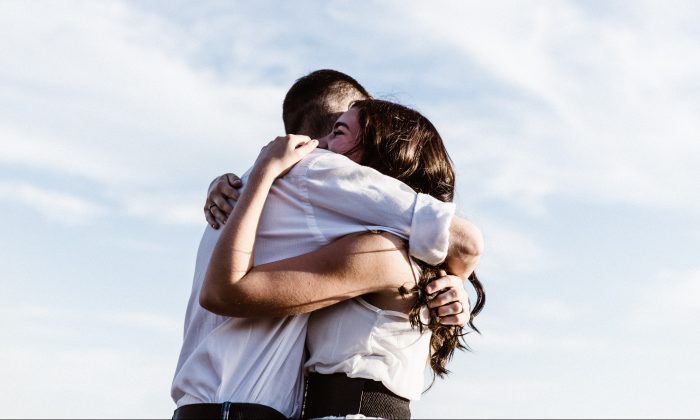 Hugs have a biochemical impact that lasts longer than the embrace. (Priscilla Du Preez/Unsplash)
Life & Tradition

10 Amazing Benefits of Hugging—According to Science

Hugs trigger the release of oxytocin with a cascade of emotional and physical benefits
By NaturallySavvy.com
biggersmaller
Print

Hugs are a powerful expression of trust and affection. They are also surprisingly impactful thanks to their effect on our emotions through the release of oxytocin. Here are 10 reasons why you need to hug every day.

1. Hugs Can Help to Treat Insomnia and Anxiety

Lack of sleep can create a long list of secondary health issues that can disrupt the body’s normal function, and increase the risk of serious medical problems like heart attacks. Studies have found that sleeping with weighted blankets helps insomnia and anxiety.

Weighted blankets are filled with plastic poly pellets and weigh between 15 and 30 pounds. They work by relaxing the nervous system via extra pressure—a form of deep touch therapy. Deep touch pressure is the type of surface pressure that is felt when we touch, hold, or stroke others, or when we pet animals.

Basically, the blanket molds to the body like a warm hug. The body responds as if it is receiving physical contact, and the brain releases serotonin, causing the nervous system to relax. With the nervous system relaxed the body is able to fall into a deeper, more restful sleep.

As human beings, we all know that we are going to die someday. This can be very frightening for people with low self-esteem who feel like they are not living meaningful lives.

In a series of studies on fears and self-esteem published in the journal Psychological Science, researchers demonstrated that hugs and touch significantly reduce the fear of death and mortality.

In one particular study, participants were approached as they walked through a university campus and handed a questionnaire to fill out. Some of the participants received a light, open-palmed touch from the researcher as they were handed the forms, while others were not given any physical interaction.

The results showed that participants with low self-esteem, who received the physical touch, reported less death anxiety on the questionnaire than those who had not been touched.

Touch also appeared to act as a buffer against social alienation. Participants with low self-esteem demonstrated no noticeable decrease in social connectedness after being reminded of death, but only if they had received a light touch.

This research suggests that touch plays a beneficial role in providing comfort and reassurance to people who are depressed and dealing with the thought of their mortality.

Eating sends oxytocin in the dopamine-rich areas of the brain, making us feel pleasure and relaxation. This helps explain why eating can be soothing and pleasurable. This also explains why we’re drawn to emotional eating; it mimics the same feelings of comfort we get from close friends and family.

But oxytocin is also released by physical contact and supportive interactions with other people. The release of oxytocin brings on feelings of trust and generosity. It also reduces stress and anxiety.

Relationship expert Dr. Pam Spurr notes that the simple act of hugging can go a long way in keeping relationships healthy and happy.

For couples, hugging helps to bridge the gap between what happens in the bedroom and what happens in day-to-day life. It maintains the intimacy that occurs when making love and ensures that partners feel emotionally connected to each other.

A study reported in the Daily Mail suggested that hugs are more important for a couple’s happiness than sex. The article notes that hugging provides many benefits including stimulating our touch centers and our olfactory centers (the part of our brain responsible for smell). This is why the smell and touch of our partner make us feel loved and cared for.

Hugs also provide a form of communication separate from sex, which allows couples to feel close without draining their energy. When couples touch, they let down their guard and feel love and acceptance towards their partner. Touching and hugging is the best way to maintain a strong emotional bond and connection.

Hugging boosts self-esteem, especially in children. Touch and smell are the two most important senses in infants, and a baby recognizes its parent by touch. From the time we are born, our family’s touch shows us that we are special and loved.

A young child’s brain needs a lot of stimulation to grow and develop. Physical touch is one of the most important stimulations that can facilitate child development.

This is demonstrated in observations of infants in eastern European orphanages that had limited physical contact. They usually suffered from impaired growth and cognitive development.

Researchers have found that when institutionalized infants received an average of 20 minutes of touch a day for 10 weeks, they subsequently scored higher on developmental assessments.

This association between self-worth and touch remains embedded within our nervous system as adults. Hugs remind us of the affection we received as babies and therefore connect us to our ability to self-love.

If you’ve ever had a massage, you know how relaxed it can make you feel. This is not just a mental sensation: massage causes muscles to unclench, the heart rate to slow, and cortisol levels to drop. Once that happens your body is able to relax and recharge, resulting in a happier emotional state and a heightened immune system.

Oxytocin, which is released into the bloodstream while hugging, helps the body to repair muscles more quickly. It does this by enabling fat in the body to be converted into energy and used for muscle repair. Healthy levels of oxytocin lead to better energy conversion, and therefore better muscle repair and muscle growth.

Oxytocin has other benefits too. When oxytocin is released into the body, it produces a feeling of empathy.

A study conducted by Jorge A. Barraza and Paul J. Zak tested the effects of oxytocin on 145 college students from the University of California–Los Angeles. The students were randomly divided into three groups; one group watched an emotional video and played an ultimatum game which consisted of offering to share a fixed sum of money; the second group watched a control video and played an ultimatum game, and the third group only watched an emotional video.

The results showed that watching the emotional video increased oxytocin levels by 47 percent. Consequently, the participants experienced a change in empathy levels, as demonstrated in greater generosity during the ultimatum game.

The study illustrated how oxytocin increases empathy, even between total strangers. Just by hugging someone, oxytocin is released into the brain, triggering a feeling of empathy in our brains.

A UCLA study of 236 people in 2011 showed that raised levels of oxytocin promote optimism and self-esteem.

As we hug and release oxytocin, our ‘happiness scale’ is raised. In fact, studies estimate that 50 percent of our happiness is genetic, 10 percent is affected by our environment, and forty percent is determined by how we are nurtured.

In a study conducted at Pennsylvania State University, students were divided into two groups. The first group was instructed to give or receive a minimum of five hugs a day over the course of four weeks. They had to hug as many different people as possible, and record the details. The second group, the control group, was instructed to record the number of hours they read each day, for four weeks.

At the end of four weeks, the hugging group had hugged an average of 49 times each and reported being much happier. Unsurprisingly, the reading group reported no changes.

9. Hugs Are Great for Your Sex Life

Researchers at the University of Toronto Mississauga tested the correlation between post-sex affectionate behavior (kissing, cuddling and talking) and sexual and relationship satisfaction. The two-part study, published in the Archives of Sexual Behavior, used an online survey of 335 individuals, and a 21 day survey of 101 couples.

In the online survey, participants reported that on average they engaged in affectionate behavior after sex for a period of approximately 15 minutes. Couples in the second study were then asked to cuddle for longer than this period of time.

The study concluded that couples who spent extra time together felt more satisfied with their sex lives and with their relationship. This level of satisfaction remained consistently higher, even three months after the original survey, indicating that taking time to share intimacy after sex reaffirms the emotional and sexual bond between a couple and makes it stronger.

10. Hugs Teach Us to Give and Receive

Hugging is a reciprocal act; we give and we receive. In hugging, we recognize that there is equal value in giving and being receptive to comfort and warmth.

Hugs show us that love flows both ways. When we hug someone we are opening ourselves up to their energy field, and building a relationship of trust.

Virginia Satir, a famous psychologist, once said that we need four hugs a day for survival, eight hugs for maintenance, and 12 hugs for growth. Now that you have the scientific proof of all the amazing benefits that hugging can provide, don’t delay—start hugging today!