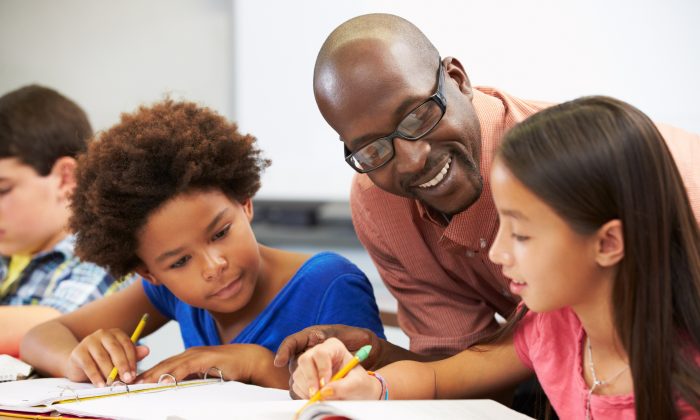 Some highly paid professionals leave jobs for jobs they feel are more meaningful, like being a teacher. (Monkey Business Images/Shutterstock)
Mind & Body

Your Purpose Is an Inalienable Right

I recently read an article about the surprising career moves of retired NBA stars. After spending their lives developing athletic skills, I was curious to learn what new jobs they chose and the purpose behind their decisions.

The majority of these retirees didn’t need to work another day in their lives. They chose jobs they believed were meaningful to their purpose in life. This included helping, serving, educating, feeding, clothing, and shaping other’s opinions.

They weren’t concerned about being made satisfied with good pay, a nice boss, competitive benefits, or convenient work hours. They were doing what they thought they were supposed to be doing. They have career contentment. Here are other examples:

Pat Tillman was so motivated to pursue his purpose that after the Sept. 11 attack, he turned down a contract with the Cardinals worth $3.6 million over three years to enlist in the U.S. Army and become an Army Ranger. After several tours in Afghanistan, he lost his life to friendly fire in 2004. He was only 27.

Howard Hughes, the reclusive billionaire, used to fake his identity so he could apply for laborer jobs in his own companies. He missed using some of the tooling skills he developed at a younger age. It makes me wonder what he did with his paycheck.

As an HR person, I remember multiple times when employees were eager to leave highly paid marketing jobs to become school teachers, ranchers, police officers, and park rangers. Their income and benefits mattered less to them than being able to pursue their career contentment.

I also remember the disappointment caused by a brewmaster who resigned one year after we relocated him from Europe. He told us money was his purpose for working. We broke the bank by paying him more money than he expected. His purpose was being fulfilled so we couldn’t understand why he was leaving so soon.

He said we never asked him what he wanted the money for. The purpose behind the purpose was to buy a sailboat. Now that he could afford one, he was moving to California where he could sail year-round.

It’s amazing how some people are willing to take risks, make sacrifices, and alter their lives in some way to pursue their purposes both on and off the job. Others, meanwhile, are perfectly content to stay in jobs that may be irrelevant to their purposes.

It is saddening when people are held back from living a purpose-filled life by fear of change, a lack of confidence, or because they are overly concerned about what others might think. They don’t mind that one day they may look back on their career and regret that they didn’t do what they were supposed to do. You only have one shot at this life.

In the now-classic Harvard Business Review article, “Management by Whose Objectives,” the late psychologist Harry Levinson spoke about the importance of individual purposes. His research found that people are self-motivated and naturally engaged in jobs they believe fulfill their most meaningful purposes.

In jobs where people don’t fulfill their own purposes, they become apathetic and lethargic. In such cases, their employers must do what they can to make these workers temporarily motivated and artificially engaged. Even then, motivation sags unless employers find a way to integrate the individual worker’s purpose with the business’s purposes so both are fulfilled.

The idea of individual purpose is so important that it’s the basis for why the United States was founded. The Declaration of Independence refers to this inalienable right as your life, liberty, and pursuit of happiness.

We’ve become brainwashed into believing we want job satisfaction in exchange for fulfilling someone else’s purposes. Yet we’re here in pursuit of career contentment associated with fulfilling our own purposes. Veterans like Pat Tillman sacrificed their lives so you can enjoy this inalienable right. Use it to your advantage.

Jeff Garton is a Milwaukee-based author, certified career coach, and former HR executive and training provider. He holds a master’s degree in organizational communication and public personnel administration. He is an originator of the concept and instruction of career contentment. Twitter: @ccgarton