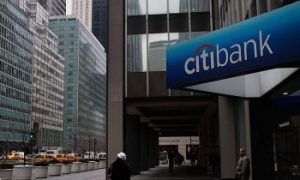 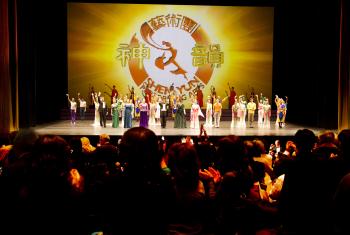 You Come Out Feeling Very Enlightened

By Epoch Times Staff
Print
NEW YORK—Mrs. Lewis, a lawyer-turned-successful businesswoman, was in the enthusiastic audience at Lincoln Center's David H. Koch Theatre in New York City on Friday night, where Shen Yun Performing Arts New York Company took to the stage. She was most touched by the spiritual nature of the show.

“My take on it is that it is very spiritual, it lifts up your spirit and makes you know that beyond all the beauty and physical activity there is something within them [the Shen Yun performers] that makes them dance so high," said Mrs. Lewis. "There is just a joy in their movements."

The 22 pieces performed by the New York-based company transport the viewer back through royal courts of ancient China, to scenes of traditional daily life from the country's 5,000-year-old history.

The carefree scenes of yore are juxtaposed with conditions in modern China.  Amidst noble and virtuous scenes from ancient China, are a few showing how the Communist Regime approaches spiritual practices deeply rooted in ancient Chinese culture.

“There are some scenes there [that show how] suppressing any statements regarding truth and tolerance will get you killed … It talks about the present suppression of free belief.”

Here she references the Shen Yun dance piece Our Story, inspired by a true account, of a school teacher in China using the ancient Chinese values of “Truthfulness, Benevolence and Forbearance” in her lesson plan. As these words are the core values of the Falun Dafa spiritual discipline, which is banned in China, she suffers persecution by police, but ultimately she is rewarded for her courage.

Mrs. Lewis said she was glad the show could be presented in the U.S., as "this is a free country.”

"Shen Yun is wonderful," she said. It is a tough discipline in terms of dancing … very exact, but in the end, very beautiful. You come out feeling very enlightened.”