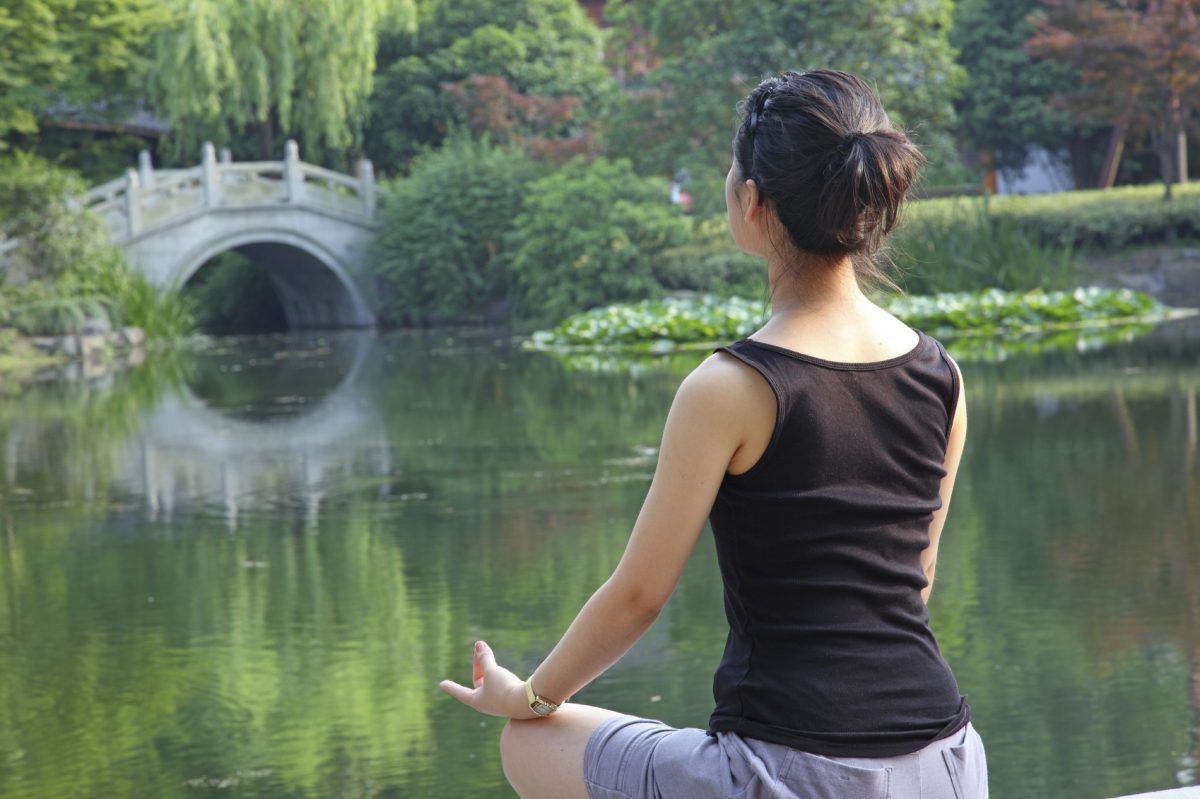 Yoga can help adjust proportional relationships in the curves of the spine. (gangliu10/iStock)
Health

Yoga: The Prescription for Back Pain

One health problem most Americans eventually face is back pain. According to the National Institutes of Health (NIH), about 80 percent of us will suffer from an aching back at some point in our life.

Blame it on our poor posture, our love of sitting, or our ever increasing screen time, but our back pain problem has only grown worse in recent decades. A 2010 study survey found a sore back to be the third most burdensome health affliction Americans suffer and the leading cause of disability worldwide.

Americans spend about $86 billion a year in hopes of relieving back and neck pain, with most of the money going toward diagnostic imaging (CT scans and MRIs), pain medication, and surgery.

Yet for all the advancements in modern medicine, back pain is one area it often fumbles. Conventional fixes fail a third of the time and may result in complications worse than the original problem.

A 2010 study from the journal Spine examined nearly 1,500 cases with similar back pain diagnoses. Researchers compared two groups: those who chose surgery and those who did not. In two years, 26 percent of the surgery group returned to work, compared to 67 percent from the non-surgery group. Researchers also noted a 41 percent increase in the use of opioid painkillers among those who had surgery.

Given the high cost and low success rate of conventional treatments, some clinics are considering a method that doctors would have dismissed just a few decades ago: yoga.

Yoga in the Clinic

Yoga is a practice that originated in India over 5,000 years ago, but modern research is shining a new light on this tradition.

A 2005 randomized controlled trial published in the Annals of Internal Medicine looked at yoga’s effect on chronic low back pain compared to conventional physical therapy exercises. The study found yoga to be much more effective, with benefits lasting for several months. Patients reported less pain and less reliance on medication.

An improved study done in 2011 was able to successfully replicate results.

While the trials were small, the work has given doctors some rationale for recommending yoga for those with back problems. In clinics across the country, patients with chronic pain are now stretching and bending their way to a better back.

At the Heartland Health Center in Chicago, certified yoga therapist Aggie Stewart offers a weekly class to back-pain sufferers. Patients who might have once sought corticosteroid injections or surgery to address their pain have decided to try yoga instead.

Stewart says that regular yoga practice can strengthen core muscles and recondition musculature along the spine, but the process takes time.

“Surgery or medication may be faster-acting, but they can have some collateral side effects that can lead to downstream problems,” she said. “Yoga may take a little longer to affect some change, but the change tends to be longer-lasting.”

The back-healing protocol of both the studies and Stewart’s class comes from viniyoga—an easy-to-learn, therapeutically oriented style. There are no complex pretzel poses, and the postures can be modified to suit individual needs. Some students may even do the poses from a chair.

“When I’m teaching the protocol, I’m always modifying it based on who’s in the room,” Stewart said.

While the focus is on releasing muscular tension in the low back, the 17 exercises used in the protocol target muscles all along the spine—from the neck to the sacrum. The goal is to correct the structural vulnerabilities that lead to pain.

Back pain may be traced to repetitive movement, poor posture, pregnancy, a congenital structural problem, or injury. Stewart says that whatever the cause, yoga can help because it adjusts the proportional relationships in the curves of the spine toward a better alignment.

“If there is a structural issue, such as severe scoliosis, yoga is never going to bring the spine back to the correct proportional relationship, but it can relieve some of the pain and discomfort associated with it,” she said.

Although many in the West often consider yoga as merely a form of exercise, it differs from activities like weightlifting or aerobics because it also helps develop mental focus. While no study has yet identified how exactly yoga resolves back pain, yoga therapists suggest that a stronger mind-body connection and an increased awareness contribute significantly to results.

Practicing the poses are important, but breath work ties it all together. According to Stewart, breathing exercises help release muscular contractions, contributing to pain reduction. “That’s one of the keys to the effect of the work,” she said. “We’re trained in particular with how to work with the breath and how to work with the respiratory system in a very direct way to impact the nervous system and the immune system.”

Through regular practice of the protocol, students carry themselves differently, becoming more mindful of their posture and the effect stress has on their bodies.

In addition to less pain, Stewart has observed that her students also receive other benefits from the class, such as lower blood pressure, less systemic inflammation, and a reduction in anxiety and depression.

“I see pain levels in other parts of their body go down significantly, as measured not only by their self report but by how much of their pain medication they’re taking, whether it’s over-the-counter or prescription,” she said. “Sleep often starts to improve quite significantly, and the more that sleep can improve, the more healing that can be observed in other areas.”

Of course, back pain is only one symptom that yoga has shown some success in treating. Stewart published a paper in the International Journal of Yoga Therapy looking at how yoga can help patients with rheumatoid arthritis. Many more studies have examined yoga’s therapeutic influence on other health problems. If the trend continues, prescriptions may look very different in the not-too-distant future.

“I’m thrilled to be offering these classes through a health clinic,” Stewart said. “Our hope is that we’ll be able to offer more for other things like more generalized pain and other chronic conditions where yoga has a great deal of efficacy.”