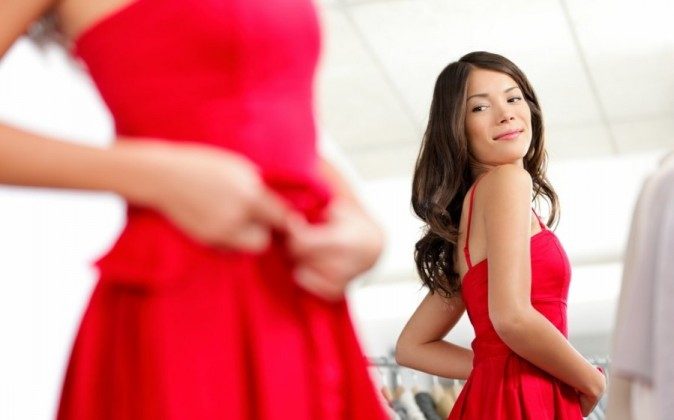 Women dressed in red are more likely to be perceived as a sexual threat by other women, according to a study conducted by researchers from the University of Rochester, Trnava University in Slovakia and the Slovak Academy of Sciences, and published in the Personality and Social Psychology Bulletin on July 11.

“It helps us make sense of other people’s behavior when women are out in red and they are getting the cold shoulder from other women,” lead author Adam Pazda said. “Maybe they are giving off the perception of a romantic competitor.”

The new research was composed of three separate experiments, all of which consisted of showing women a photo of another woman whose face was blurred out. Researchers used Photoshop to alter the color of the clothing in the photo so that color was the only difference between the photos shown to participants.

In the first study, participants were shown a photo of a woman in either a red dress or a white dress and asked, “How interested in sex is she?” and “How seductive is she?”

Participants considered the woman significantly more open to sexual encounters if she was wearing a red dress, regardless of whether participants were currently in a romantic relationship or not.

The second experiment, which used the same photos on new participants, was designed to determine whether women would be more likely to “derogate” a woman if she wore red.

“Derogation involves speaking poorly of another person to make them seem inferior, undesirable, or unlikeable, while making oneself seem superior and more likable by contrast,” Pazda said.

The third study was conducted in an Eastern European country rather than in the United States, and the photos shown were of a woman wearing either a red or a green shirt. All participants in this study were currently involved in romantic relationships, and were asked how likely they would be to introduce their boyfriends to the woman in the photo.

“These women were reluctant to leave a man alone with a woman in a red shirt,” Pazda said.

The Surprising Power of Color

Researchers have long been interested in the effects that colors have on mood and behavior, but studying these effects has been difficult. For one thing, the meanings of colors are highly tied up with culture, as are the boundaries between one color and another (red and pink, for instance). For another, colors can vary dramatically in hue, shade and brightness, all of which might influence how they affect us.

“We tend to take color for granted,” Pazda said. “It’s not just a pretty thing in our environment that adds to the aesthetic experience in the world. Behind the scenes, it can affect us psychologically in the way we perceive others or ourselves.”