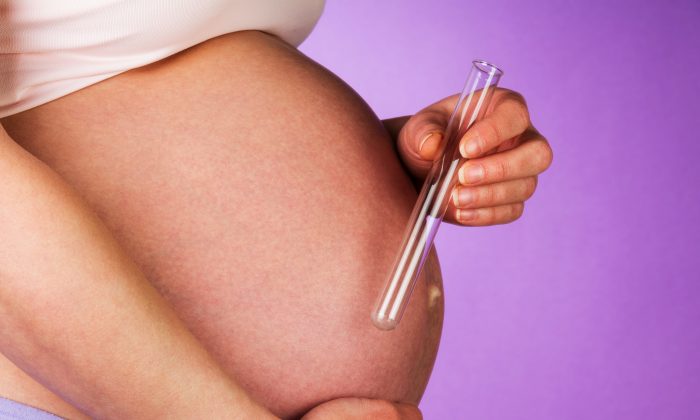 Dozens of fertility clinics have mushroomed in land-locked Laos after scandals over commercial surrogacy have spurred wealthier southeast Asian neighbors to ban the controversial procedure since 2015.

The gleaming, modern clinics have names featuring words such as “Miracle” and “Perfect” to help them stand out amid the dusty surrounding roads and highways in the Lao capital of Vientiane, close to the Thai border.

“Laos has the best governance. Surrogacy or egg donation is not illegal!” one clinic, Thai Perfect IVF, said in a recent WeChat post in Chinese, hoping to attract clients from a country where surrogacy services have been illegal since 2001.

Paid surrogacy is illegal in much of Asia.

Rights groups say communist Laos, one of Asia’s poorest countries, is a linchpin of transnational crime, and a transit center for contraband from drugs and wildlife to timber – and recently, semen.

In April, Thai police arrested a man trying to smuggle six vials of human semen into Laos in a tank of liquid nitrogen, which police said was destined for a fertility clinic.

Laos is becoming an international destination for infertile couples, officials of two surrogacy advisory groups told Reuters, although there are no official estimates of how many IVF clinics and surrogacy agencies have sprung up there.

“Many are turning to Laos,” said Sam Everingham, global director of Australian non-profit Families Through Surrogacy, which says its conferences and advisory sessions have drawn about 600 Australian couples and singles in the last four years.

But there was a risk that Laos would also ban commercial surrogacy, he warned, a fear aired in February by another group, the Nevada-based Sensible Surrogacy, which warned couples to avoid Laos and halted services in Southeast Asia.

The office of the Laos prime minister did not respond to Reuters requests for comment by email or through social media site Facebook.

Despite the bans, would-be parents are drawn by Asia’s lower costs, as compared to wealthier countries.

Paid surrogacy is illegal in much of Asia, having been forbidden in neighboring Thailand in 2015, after a series of high-profile cases, with Cambodia following suit last year.

Despite the bans, would-be parents are drawn by Asia’s lower costs, as compared to wealthier countries.

Service packages, from the screening of potential surrogates to the birth of a baby, typically cost $51,150 in Southeast Asia, says surrogacy agency New Genetics Global, making it the third most affordable option after Ukraine and Kenya.

An Australian couple can expect to pay around A$75,000 ($56,000) for a baby through a Laos surrogate – less than in the United States, though more than Ukraine, Everingham said.

The surrogate mothers receive only a small fraction of that sum, but it far outstrips what many could earn elsewhere.

One 28-year-old Lao surrogate, who spoke to Reuters on condition of anonymity, said she was paid $8,000, or 72 times the country’s monthly minimum wage, to carry twins.

She received accommodation in Bangkok, the Thai capital, during her third trimester of pregnancy, she added.

But few medical centers in Laos are equipped for surrogate births, particularly the twins often resulting from the multiple embryo implants used in In Vitro Fertilisation (IVF), who are more likely to be born premature and require specialist care.

Thailand’s ban on surrogacy services followed scandals such as one in which an Australian couple was accused of abandoning a surrogate baby born with Down’s syndrome.

But it remains a key center for surrogate births, thanks to sophisticated medical care.

Surrogates who deliver babies in Thailand are not breaking the law, said Thongchai Keeratihuttayakorn, deputy director of the Department of Health Service Support.

“If a Lao woman is hired to be a surrogate, but close to the birth they come to Thailand to deliver, we don’t consider this a violation of Thai law,” Thongchai told Reuters, adding that the surrogate must identify the biological father, however.

The Dark Side of Giving Childless Couples Babies in China

“At no time did we carry out surrogacy procedures in Thailand, or use a Thai surrogate,” said Australian Anthony Fisk, whose baby was born in Bangkok after being implanted in Cambodia prior to the ban there.

“Our child was born to two foreign nationals in Bangkok, and handled as such,” Fisk told Reuters in an email.

But three Bangkok hospitals contacted by Reuters said they would not accept surrogate births.

Besides Western couples, the Laos clinics are increasingly eyeing China, where health officials estimate that 90 million couples have become eligible to have a second child after a decades-old one-child policy was relaxed in 2015.

But such couples face tougher odds in getting pregnant, as 60 percent of them include women aged 35 or above, with half of them over 40.

There are no official estimates of the number of Chinese babies delivered by surrogates, but media say it exceeds 10,000 every year.