Woman Claims Aspartame Made Her Ill for Years 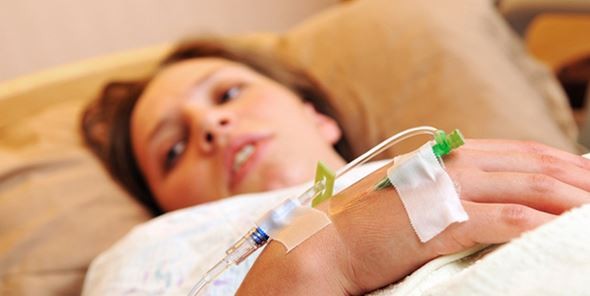 In hopes of saving other lives, blogger Rhonda Gessner shared an incredible story about how a “dying” woman got better.

Fourteen years ago, the woman became very ill. She started suffering from intense stomach spasms and other excruciating pains, with even walking becoming “a chore.”

Less than a year later, the woman had undergone several tests and more doctor’s visits. She was taking 24 prescribed medications but doctors didn’t know what was wrong.

“She just knew she was dying.”

That’s when the woman started making plans, like putting all of her possessions in her oldest daughter’s name. She also planned a “last hooray” for March 22.

Three days before the woman’s final party, new test results came in that led doctor’s to diagnose the woman with Multiple Sclerosis. The woman called up her sister, and that’s when the sister remembered an article she had read.

Her sister then asked the woman if she drank diet soda. Turns out, the woman was about to crack a can open that moment.

Aspartame is found in many diet sodas and drinks, and is approved by federal officials, but it can have some adverse effects on health.

MDHealth notes that the body digests aspartame is a “common yet dangerous artificial sweetener,” which accumulates in the body and causes serious health issues. Symptoms include breathlessness, elevated blood pressure, and abdominal pain.

“Aspartame poisoning can be serious and even life threatening,” the site added.

The health concerns prompted Pepsi to ditch aspartame all together in its latest edition of diet soda.

After the woman’s sister informed her of the facts, the woman stopped drinking diet soda. She started feeling better, and went back to a doctor and explained what she thought had happened.

By the time she left, she was down to just one medication–for aspartame poisoning.