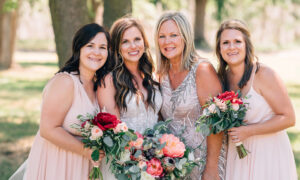 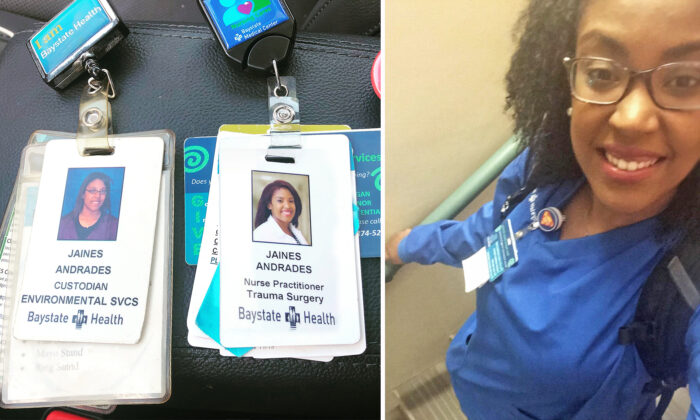 A woman is overjoyed to work as a nurse practitioner at the same hospital that she was a custodian in 10 years ago.

“It’s been a lot of highs and lows,” said Jaines Andrades. “Highs in the sense of being able to progress from custodian to nurse to nurse practitioner, but lows in that it wasn’t as easy as it seems.”

Jaines, 30, began working as a custodian at Baystate Health in Springfield, Massachusetts, when she was 19 years old. The then-student had applied to every department at the Baystate when she got a call for a custodian job.

She admits that her initial thought process was to get a job that would provide a reliable income.

“I knew I was also going to start nursing school so I thought kill two birds with one stone: get some good exposure, as well as have something reliable,” she said.

Her routine chores at that time included cleaning the day stay unit, but she always hoped to one day work in the same building as a nurse.

The hardworking woman worked as a custodian for four long years while she was in nursing school, eventually earning her bachelor’s degree in 2014.

However, after her graduation, she wasn’t immediately hired as a nurse at Baystate. She instead went to work as a nurse at a local jail and then at an outpatient substance abuse clinic.

Two years later, in 2016, when she went to a nurse practitioner school, Jaines decided to apply to Baystate again. Fortunately, she was hired by the hospital the following year, and this time she was working as a nurse with heart failure patients.

In a Facebook post, Jaines shared her ID cards from the three different jobs at the hospital. “10 years of work but it was worth it! I’m a provider at the same place I use [sic] to clean,” she wrote.

Needless to say, the journey up there wasn’t an easy one. Jaines said: “I think the IDs make it seem like it was an easy progression like one thing fell into place and then the next thing, but it wasn’t.”

She recalled that from the time she graduated to the time she became a nurse at this hospital, it took her three long years. “It wasn’t an easy smooth transition but thankfully it happened,” she said.

Moreover, Jaines is grateful for the people she has met through these years as they have been her support system, helping to push her forward.

“I’ve gotten to meet different people along the way, some have become mentors, some have become lifelong friends,” Jaines said. “The people closer to me that have been there to see my progression has been a great source of support and I think that’s what really helped through the 10 years.”

According to CBS Local, Jaines believes that, as a nurse, she gets the opportunity to be in the most personal parts of a person’s life. “I just really love the intimacy with people,” she said.

Furthermore, she is appreciative of her decade-long journey as it can inspire other people.

“I’m so glad. If I can inspire anyone, that in itself made the journey worth it,” she told the media outlet.

SWNS contributed to this story