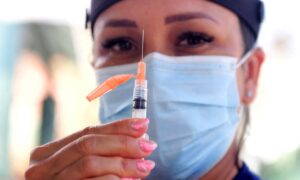 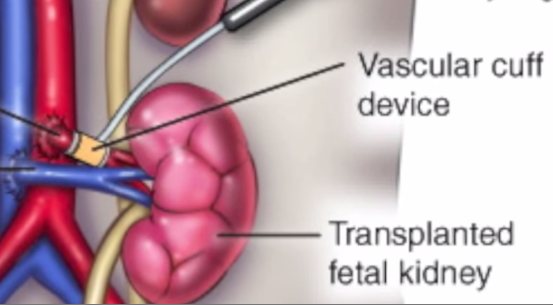 The next major medical ethics debate could be growing inside the bodies of lab rats in California.

A research company in Redwood has implanted several kidneys and at least one heart from aborted human fetuses into rats.

The company, Ganogen, says it has the ability to implant a wide variety of fetal organs into animals using a device it developed to regulate the blood flow and pressure between the organs and the host animal.

A History of Organ Pillaging in China

Ethics Training for Congress? Dream On

This goal is probably still years away though because the rats lived an average of four months. Adult-sized organs would also have to be grown in larger animals such as pigs.

In the meantime, Ganogen has another use for its implanted organs. It says that the organs can be used for more effective drug testing because some drugs that caused health issues in clinical trials in humans, had been deemed safe after animal tests.

“Our in vivo human organ models may catch and identify human-specific drug toxicities before patients are harmed during clinical trials,” the Ganogen website states.

Among the four co-founders of Ganogen, one has a masters in public administration, one has a bachelors in biology, and the other two are completing their medical studies at Duke University School of Medicine.

In an email to Medical Daily, Ganogen co-founder and CEO Eugene Gu, who is now in his fourth year as a medical student at Duke, addressed the delicate issue of using aborted human fetuses in research saying that Ganogen does “not want to encourage abortions in any way, shape, or form. … If the organs are available, it is better to use them to save somebody’s life rather than throw them into the trash bin.”

Their work raises big ethical questions. For example, whether using human fetal organs in research is a step down a road that will ultimately lead to the exploitation and desecration of human bodies for profit, and whether it’s really morally okay to use fetuses in research.

The transplant establishment does not seem to have qualms about using aborted organs. Ganogen’s work hit the news when its kidney transplant research was published in the American Journal of Transplantation, on Jan. 22.  And for over two decades, human fetal remains have been used in rubella vaccines given to children in America.

So in terms of moral choices, it may ultimately be up to individual patients and their families to decide.

Below is the Ganogen video explaining their research.

The Trendiest Health Foods for 2015