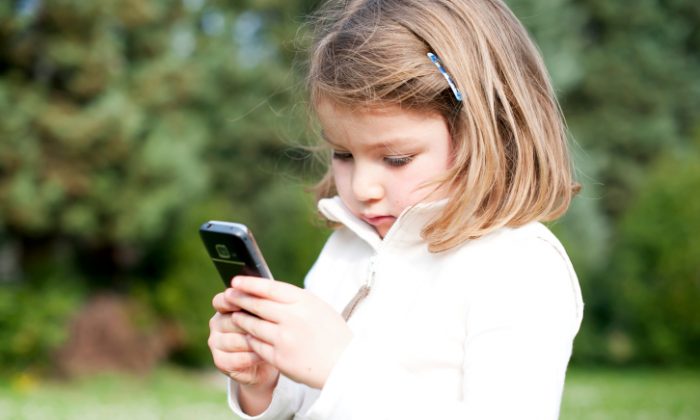 NEW YORK—Scientists don’t all agree about how much electromagnetic radiation risks cellphones and other devices pose to fetuses and young children, but governments, health organizations, and insurance companies are advocating precautions.

The rapid development of a baby in the womb is a stunningly delicate process, and disruptions to it can have far-reaching repercussions.

“We know that exposures that occur during pregnancy can have life-long impact due to these window periods of vulnerability that occur as the brain grows and develops,” said Dr. Maya Shetreat-Klein, an integrative pediatric neurologist who is board-certified in adult and child neurology.

She spoke at a recent press conference for the BabySafe Wireless Project, an initiative to raise awareness about risks of electromagnetic exposure in young children.

“Disturbing scientific data continues to be revealed regarding the effects of cellphone radiation on developing brains.”

“They were running around these cages bouncing off the walls, not a care in the world, something that in our eyes resembles attention deficit hyperactivity disorder in children,” said Dr. Hugh Taylor, chair of the Department of Obstetrics, Gynecology and Reproductive Sciences at Yale University School of Medicine, who lead the study.

Underlying the debate about the risks of electromagnetic radiation is the fact that electromagnetic fields can be natural—such as the build-up of ions in the air before a thunderstorm, as well as manmade—such as the energy of a microwave oven that boils your tea water in two to three minutes.

The frequency of an electromagnetic field determines its effect on the human body. So while we aren’t afraid of being exposed to pre-storm air, common sense (and manufacturer safety mechanisms) stop us from sticking our hands into an active microwave to see if our water is hot.

The frequency of the radiation emitted by cellphones, tablets, and Wi-Fi routers falls somewhere between storm air and microwaves, and their safety profile is a murky gray area that requires consumers to stay informed and aware, and to take precautions.

A reason researchers aren’t likely to definitively prove that cellphone radiation harms children is that it would be unethical to conduct necessary studies. Such experiments would require test and control groups, and no parent would sign up their child to be in the test group, Dr. Devra Davis pointed out.

Davis is the president of Environmental Health Trust and award-winning author of “Disconnect: The Truth About Cellphone Radiation, What the Industry Is Doing to Hide It, and How to Protect Your Family.”

According to Davis, cellphones were originally tested on full-grown men and have never been tested on women and children.

Cellphone safety standards have also not been updated in 17 years, since smartphones, tablets, and Wi-Fi became ubiquitous, and the sight of a radiation-emitting device in a child’s hand became common.

Now toy manufacturers produce plastic teething cases with colorful plastic bells and whistles that allow the youngest babies to get really close to their screens, reminding Davis of the baby suits that were once made with asbestos fibers.

The take-home message is one of precaution—that every parent can limit young children’s electromagnetic exposure.

You can keep yourself updated on Twitter with #knowyourexposure

Below is a summary of what some concerned parties say about radiation and exposure to children:

The United States government does not acknowledge known risk of using cellphones that have a specific absorption rate (SAR—the amount of radio frequency absorbed by the body) of 1.6 watts per kilogram (W/kg) or less.

The Radiation and Nuclear Safety Authority in Finland rated the Apple iPhone 4 at 1.07 W/kg and the Samsung SGH-E330 at 1.17 W/kg. Nokia and Motorola phones tested lower, according to the report.

The European Parliament recommends that schools and classrooms “give preference to wired Internet connections, and strictly regulate the use of mobile phones by schoolchildren on school premises.”

French law requires that all cellphones sold in the country have SAR clearly labeled as well as the recommendation that users limit cellphone exposure to their heads by using a headset. It also bans advertising cellphones to children under 14 years old and bans giving or selling any device specifically designed for children under 6 that emits radio frequency.

Israel has banned Wi-Fi in preschool and kindergarten classrooms and limited the Wi-Fi to an hour a day in first- to third-grade classrooms.

Belgium has banned the sale of mobile phones to children under 7.

The World Health Organization reports that so far “no adverse health effects have been established as being caused by mobile phone use”; however, it also cautions that “the electromagnetic fields produced by mobile phones are classified by the International Agency for Research on Cancer as possibly carcinogenic to humans.”

High priority on the World Health Organization’s research agenda is developing a better understanding of the effects of radiation in utero and on young children.

The German Academy of Pediatrics advises that parents limit children’s use of mobile phones.

The American Academy of Pediatrics (AAP) said that children “are disproportionately impacted by all environmental exposures, including cellphone radiation,” in a letter last year urging the Federal Communications Commission to adopt radiation standards that protect children. The AAP also recommends no screen time for children under the age of 2.

In the past, Lloyds of London and Swiss Re, two major re-insurers, both refused to cover cellphone companies for health-related lawsuits filed by cellphone users. Neither company confirmed whether this is still the case, however in the past few years, both issued reports citing concerns about electromagnetic radiation.

In 2010, Lloyds wrote that “EMF cases could be more complex than asbestos claims” and in its 2013 report on emerging risks, Swiss Re put the “unforeseen consequences of electromagnetic fields” in the highest impact category for 10 years down the road.

10 Ways to Reduce Your Wireless Exposure

1. Avoid carrying your cellphone on your body (that is, in a pocket or bra).

2. Avoid holding any wireless device against your body when in use.

3. Use your cellphone on speaker setting or with an “air tube” headset.

4. Avoid using your wireless device in cars, trains, or elevators.

6. Whenever possible, connect to the Internet with wired cables.

7. When using Wi-Fi, connect only to download, then disconnect.

9. Unplug your home Wi-Fi router when not in use (that is, at bedtime).

10. Sleep as far away from wireless utility meters (“smart” meters) as possible.