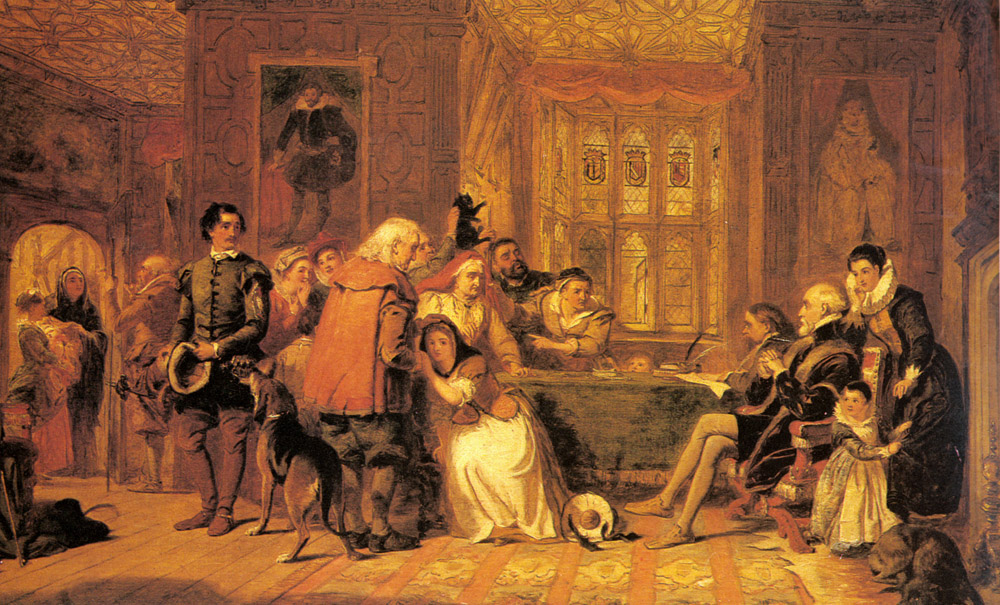 Why Realism? Part 2: The Non-Language of Modernism

And in the case of fine arts, modernism banished the only universal language that exists—realism, with the techniques and skills required to achieve it. It is knowledge that had grown and developed and was carefully documented and preserved as it was passed down for centuries from masters to students.

If the truth be known, abstract art is not really even abstract. The process of using “abstraction” that is credited to modern art is a misappropriation of the word “abstract,” which means nearly the opposite. It is in fact language that uses a process of abstraction to create symbols that mean something else.

Only human beings can use abstract ideas, and none of them look like Jackson Pollock or Willem de Kooning. Let me explain it like this: The word “paper” means what I’m holding in my hands. The written word “p-a-p-e-r” is a further abstraction of the spoken word “paper.”

If I make a painting in which a man is shown reading from a piece of paper, I’ve used the vocabulary of traditional realism and created a different kind of abstraction that is instantly recognized by an English-speaking person as “paper,” a French person as “papier,” by a Hungarian as “papir,” or a Latvian as “papira.”

Once we understand that fine art is a visual language, and that the process of creating it is a true abstraction, then rejecting it on the basis of being descriptive or telling a story is patently absurd.

But modernist educators teach students that realism is nothing more than storytelling, which they ridicule. It would be equivalent to rejecting anything written if it told a story, or described a feeling, idea, belief, or thought, or even if the words meant anything at all.

Modern art has taught us that it’s a lie to create an illusion of three dimensions in a work of art. The painting is really a flat surface, and Cézanne is credited with discovering this truth, bringing us closer to truth by collapsing the landscape. Matisse collapsed our homes and families, and Pollock and de Kooning put them all in a blender and flung or dribbled or slapped on the paint in a cacophony of disorganized shapes and color.

This, we were told, demonstrated an incredible truth—that the canvas is flat. Well, we have news for them—any 3-year-old who is taken to a museum knows that the canvases are flat.

And then these artists, having proved the canvas flat, proceeded to spend the rest of their careers proving it over and over again. But, what is remarkable in saying, showing, or knowing that?

Demonstrating this obvious fact is accomplished better by just saying it. But that’s no more brilliant than saying the sky is blue, that fire is hot, or that water is wet. The equivalent of this absurdity in written languages would be to say that all writing is untruthful because all that is really there on the page are different shapes of straight or curved or squiggly lines.

And since that is closer to the truth than placing meaning in those lines—than using them to make words and the words to form ideas—that’s a lie too. Therefore, to bring the analogy full circle, the best book would be one that demonstrates this “truth” with page after page of meaningless shapes and squiggles, thus showing us the modernist’s profound definition of truth.

How many books and poems would be purchased and read in which all that was there were meaningless shapes on every page?

What, then, is fine art and fine literature, fine music, poetry, or theater? In every case, human beings use materials supplied by nature (the clay and colors and the movements and sounds of life) and creatively combine or mold them into something else that is capable of communication and meaning.

This is Part 2 of an 11-part series presenting the speech given by Frederick Ross at the February 7, 2014, Artists Keynote Address to the Connecticut Society of Portrait Artists. Frederick Ross is chairman and founder of the Art Renewal Center (www.artrenewal.org). Read previous parts here.