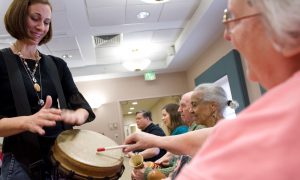 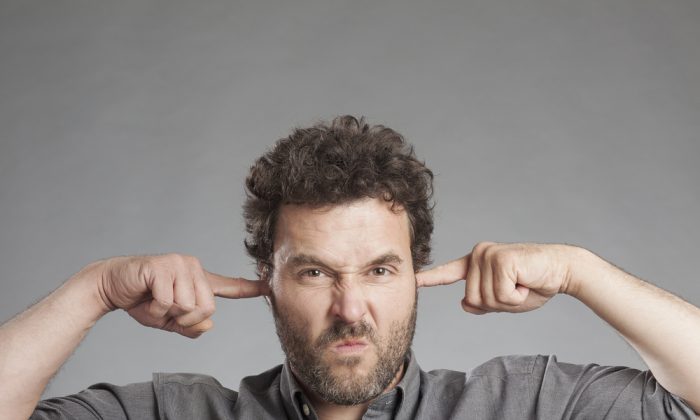 Why It’s Hard to Quiet That Ringing in Your Ears

A recording taken directly from the brain of a 50-year-old man with tinnitus is giving scientists insight into which networks are responsible for the often debilitating condition.

About one in five people experiences tinnitus, the perception of a sound—often described as ringing—that isn’t really there. A new study reveals just how different tinnitus is from normal representations of sounds in the brain.

“Perhaps the most remarkable finding was that activity directly linked to tinnitus was very extensive and spanned a large proportion of the part of the brain we measured from,” says study co-leader Will Sedley of Newcastle University in the United Kingdom. “In contrast, the brain responses to a sound we played that mimicked [the subject’s] tinnitus were localized to just a tiny area.”

“This has profound implications for the understanding and treatment of tinnitus, as we now know it is not encoded like normal sound, and may not be treatable by just targeting a localized part of the hearing system,” says study co-leader Phillip Gander, postdoctoral research scholar in the neurosurgery department at the University of Iowa.

Gander and Sedley are members of the Human Brain Research Laboratory, which uses direct recordings of neural activity from inside humans’ brains to investigate sensory, perceptual, and cognitive processes related to hearing, speech, language, and emotion.

Experiments are possible because patients who require invasive brain mapping in preparation for epilepsy surgery also volunteer to participate in research studies. In this case, the patient was a 50-year-old man who also happened to have a typical pattern of tinnitus, including ringing in both ears, in association with hearing loss.

“It is such a rarity that a person requiring invasive electrode monitoring for epilepsy also has tinnitus that we aim to study every such person if they are willing,” Gander says. About 15 epilepsy surgery patients participate in the research each year.

“We are putting a recording platform into the patient’s brain for clinical purposes and we can modify it without changing the risk of the surgery. This allows us to understand functions in the brain in a way that is impossible to do with any other approach,” Howard says.

In the new study, published in Current Biology, researchers contrasted brain activity during periods when tinnitus was relatively stronger and weaker. They found the expected tinnitus-linked brain activity, but discovered the unusual activity extended far beyond circumscribed auditory cortical regions to encompass almost all of the auditory cortex, along with other parts of the brain.

The findings add to the understanding of tinnitus and helps to explain why treatment has proven to be such a challenge, Gander says.

“The sheer amount of the brain across which the tinnitus network is present suggests that tinnitus may not simply ‘fill in the gap’ left by hearing damage, but also actively infiltrates beyond this into wider brain systems.”

These new insights may advance treatments such as neurofeedback, where patients learn to control their “brainwaves,” or electromagnetic brain stimulation, researchers say. A better understanding of the brain patterns associated with tinnitus may also help point toward new pharmacological approaches to treatment.

The National Institutes of Health and the Wellcome Trust and Medical Research Council in the UK supported the work.