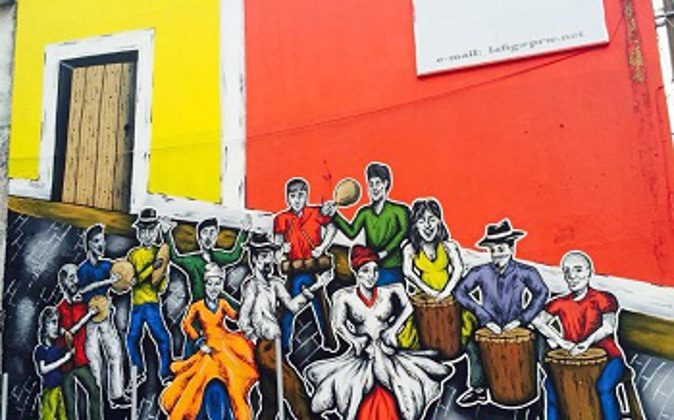 Where the Old Meets the New in San Juan

Passengers clapped and cheered as we landed at the Luis Muñoz Marín International Airport outside of San Juan, Puerto Rico. It wasn’t a difficult landing; there weren’t even any “dragon lizards” this time to block the tarmac and cause delays like there often are.

What filled the plane with applause was simply the joy of arriving in the proud little territory, and it happens every time a plane lands in Puerto Rico.

As the capital and most populous city in Puerto Rico, San Juan has something to offer visitors from every corner of the globe.

Every day people come and go by car, boat, and plane funneling in and out of the city like the tides of the Caribbean. Each day there was something new to do, whether it was shopping at the Plaza Las Américas, swimming at Ocean Park Beach, or sightseeing in Old San Juan.

On my trip I visited Old San Juan and Rio Piedras, the oldest and youngest districts of Puerto Rico’s capitol city.

Traveling to Puerto Rico is just as easy as traveling any U.S. state. Almost everyone there speaks perfect English, making shopping and daily life easy for a non-Spanish speaker like myself.

As a U.S. commonwealth, Puerto Rico also does not require visitors to have passports or go through customs after they land, making airports far easier to navigate. However, on the roads it is a different story. Puerto Rican drivers could put any Bostonian to shame.

Puerto Rican patriotism is no joke in the politically charged commonwealth. In San Juan demonstrations are quite common, garnering hundreds of protestors in front of the capitol building in Old San Juan.

These protests add to the supercharged political atmosphere of the commonwealth, where elections are contentious and every issue is a battle amongst the three political parties of Puerto Rico.

Voter turnout averages almost 80% for their quadrennial elections, as opposed to the U.S. where some states can barely scrape up a 50% turnout. The reason for such Puerto Rican political awareness is the fierce competition between the political parties: Statehood, Independence, and Nationalistic. Each party is drastically different on many issues but the divisive question among them is whether Puerto Rico should become the United States’ 51st state.

The historic and scenic crown of the capitol city, Old San Juan recognizes its charm without exploiting it. It is Puerto Rico’s original capitol city, making it the go-to for tourists trying to get a taste of Puerto Rico’s history. Founded in 1521 by Puerto Rico’s first governor, Juan Ponce de León, Old San Juan is the oldest city under U.S. jurisdiction and the oldest settlement in Puerto Rico. It sits on a small island off San Juan’s coast fortified by forty foot stone walls dating back at the 16th century when San Juan was one of Spain’s most important military outposts.

In contrast to the formidable stone, the buildings within are painted an array of beautiful pastel colors and the roads are paved with blue bricks the color of sapphire.

There are several popular plazas in Old San Juan, the most notable being the Plaza de Armas where you can find excellent food and strong coffee on any given street corner. There isn’t a block in the city without a quaint café and a souvenir shop in Old San Juan.

On either end of the Old San Juan are the ruins of two colonial Spanish forts: the El Castillo de San Cristobal and the El Morro fortresses. Visitors can tour the inside of these ruins or stroll along the perimeter of the city walls on the man-made footpath, Paseo La Princesa.

From the walkway there is a clear view of La Fortaleza, the massive bright blue mansion home to the Puerto Rican governor, Alejandro Javier García Padilla. Anyone walking on this scenic pathway is sure to also see some of the cats who call the seaside path their home.

Just a short ferry ride from San Juan is the Bacardi distillery in Cataño.

At the company headquarters we received two tickets for free rum drinks at the tasting tent while we waited for the shuttle to begin the tour.

The tour started with a video about the history of the Bacardi family followed by a walkthrough of the distilling process and finally a bartending demonstration. The tour gave a unique look into the industrial culture of San Juan and the growth of an international corporation.

Copyright © 2014 by Go Nomad. This article was written by Sarah Robertson and originally published at www.gonomad.com