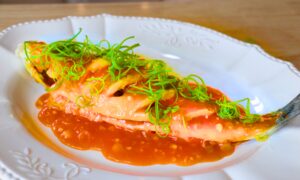 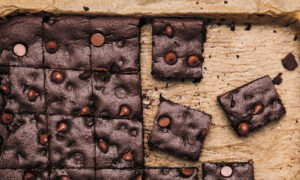 How to Cook With 'Half the Sugar, All the Love'
0
Recipes

What’s the Difference Between Egg Rolls and Spring Rolls?

A brief explanation, plus a recipe for the Chinese American takeout classic at home
By CiCi Li and Crystal Shi
Print

Egg rolls, those deep-fried, hand-held packets of meat and veggies, are one of the most popular Chinese American appetizers in the United States. But they can also be a point of confusion.

How well do you know your egg rolls from your spring rolls?

Spring rolls have a long history in China. They are traditionally eaten on Li Chun Day, which marks the beginning of spring on the Chinese calendar, as part of a custom known as “biting the spring” (yao chun). Now, however, they’re commonly enjoyed year-round, both in China and abroad.

Egg rolls, their American cousins, have a much shorter history: They are believed to have been invented in New York City in the 1930s by a Chinese chef. Since then, they’ve become a Chinese American takeout staple.

So how can you tell the difference?

While both are similarly filled, rolled, and deep-fried, the visuals are the easiest tip-off: spring rolls have smooth surfaces, while egg rolls are blistered and bumpy.

Spring roll wrappers are made with flour and water, and are super thin and crisp once deep-fried, prone to shattering into delicate flakes at first bite. Egg roll wrappers, meanwhile, include egg in their dough, and are noticeably thicker, sturdier, and satisfyingly crunchy.

Don’t confuse either of these with Vietnamese summer rolls (gỏi cuốn), also sometimes called fresh spring rolls, which are unfried rolls made with chewy, translucent rice paper wrappers and filled with raw veggies, often along with cooked meats such as pork sausage or shrimp.

And beyond these, there’s a huge family tree of similar stuffed rolls, fried and unfried, savory and sweet, extending across Asia, from Thai popia thot to Filipino lumpia.

This is a recipe for making Chinese American egg rolls at home, stuffed with a savory filling of chicken, cabbage, carrot, shiitake mushrooms, and chopped glass noodles, and deep-fried until golden brown and characteristically bubbly skinned.

Those rough surfaces are also ideal for catching your dipping sauce of choice—but they’re so good on their own that you won’t even need it.

For the Egg Rolls

In a pan over high heat, add 1 tablespoon of vegetable oil, the ground chicken, and a pinch of salt. Stir fry, breaking up the meat into small pieces, until most of the pink is gone, about 2 minutes. Remove from pan and set aside.

In the same pan, add another tablespoon of vegetable oil, then add the carrot, cabbage, and shiitake mushrooms. Stir fry over high heat until softened, about 1 minute. Add the garlic and cilantro stems and cook over high heat until aromatic, about 30 seconds. Add the chicken, glass noodles, and sauce. Mix well and cook for another 30 seconds. Pour in the cornstarch slurry and cook, stirring, for another 30 seconds to thicken the sauce.

Transfer the filling to a plate and let cool for about 20 minutes before assembling the egg rolls.

Lay an egg roll wrapper flat on a working surface with a corner pointing toward you, so it looks like a diamond. Place 1 1/2 tablespoons of filling about 1 inch above the bottom corner of the wrapper.

Fold the bottom corner up and over the filling, then tightly roll it up halfway. Fold the left corner toward the center, followed by the right corner; at this point, it should look like an open envelope. Continue rolling up until only the top corner of the wrapper is left. Brush beaten egg over this last corner, then roll it up all the way, pressing tightly to seal. Immediately transfer to a plate and cover with plastic wrap to prevent it from drying out.

Repeat with the remaining wrappers and filling.

In a large pot over high heat, heat 4 cups of vegetable oil to 350 degrees F. (Tip: To test if the oil is ready, throw a tiny piece of egg roll wrapper into the pot. If it immediately rises and the oil bubbles all around it, it’s ready.)

Add a few egg rolls at a time, being careful not to crowd the pot. Deep fry over high heat, turning frequently so they brown evenly, until golden brown, about 5 minutes. Transfer to a paper towel-lined plate to drain. Repeat with the rest of the egg rolls.

Note: After frying, if the oil isn’t cloudy and dark, it can be reused in the future. Let it cool to room temperature, then pour it into a glass jar through a coffee filter or piece of cheesecloth. Store in a cool, dry place.

If the oil isn’t reusable, throw it away properly. Let it cool to room temperature, then pour it into a non-breakable container with a lid. Tightly seal the container and toss it into the trash. Never pour the used oil down the drain, as it can clog your sink.

Recipe by CiCi Li. CiCi Li is the producer and presenter of “CiCi’s Food Paradise” on NTD. Join her in discovering the world of Asian home cooking at CiCiLi.tv