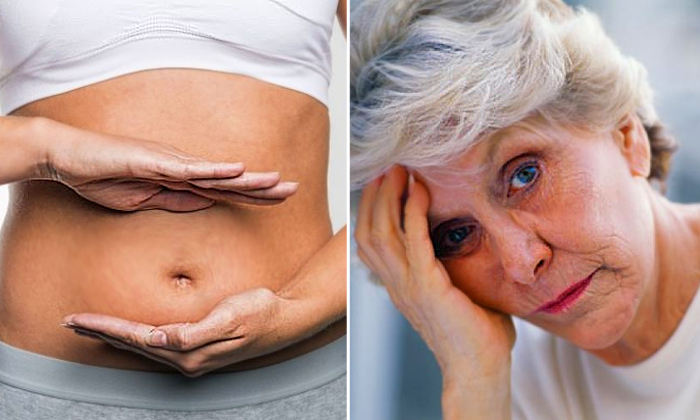 Scientists have been trying to determine what exactly causes schizophrenia to emerge in a human being but have so far uncovered very little. We know there are changes in certain areas of the brain, and that there’s a genetic component. But the real, root cause of schizophrenia remains a mystery to us.

However, a new study published in the journal Science Advances on February 6 has given us more insight into the origin of schizophrenia, and it’s a rather unexpected one: the gut.

The Gut: Your Second Brain

We’ve known for some time that the gut and brain are deeply connected. In fact, your gut is often called your second brain. Our central nervous system, which includes the brain, gets the lion’s share of the attention in terms of how we think, feel, and behave. But we should not ignore the impact that the peripheral nervous system has on us. After all, out of all the nerve cells distributed throughout the body in our peripheral nervous system, the gut is particularly dense with 100 million neurons.

Why do our guts need that many neurons? It is mainly because digestion is a complex process, which can be done more easily by outsourcing some of the job to a dedicated workforce of neurons. But our gut also does a bit more than simply digesting what’s inside the stomach and intestines.

Schizophrenia: More Than a Brain Condition

The bacteria in our gut, collectively known as microbiomes, do a lot of work for us. We give them a home in our dark, warm, and damp interior, which is ideal for bacteria to thrive, and in return, they help digest food and fend off disease. When things go well in our microbiome, we feel normal. So, if we want to stay in good health, our microbiome needs to stay in good health, too. The bacteria species in our gut pump out neuroactive chemicals, among which are serotonin and dopamine, which get picked up by our peripheral nervous system and sent to the brain. So, when there’s something wrong in our guts, we feel it in our brains.

Researchers have found that this effect is more profound than one might think. A prior study has shown that people who are anxious and depressed have different microbiomes, meaning that anxiety and depression in our brains reflect a corresponding change in our guts. Now, a group of researchers from China and the US have shown similar findings in schizophrenics.

During a study conducted by Peng Zheng and colleagues, the fecal matter samples of 63 schizophrenics and 69 healthy controls were examined and compared. The team discovered that schizophrenics had strikingly low diversity of bacterial species from the lachnospiraceae and ruminococcaceae families, species that are normally found abundantly in healthy guts. Meanwhile, species from the veillonellaceae family were abnormally plentiful in schizophrenic patients. This difference is so self-explanatory, according to the researchers, that the fecal matter samples alone could be used to predict whether a person has schizophrenia or not.

To pursue this inquiry, Zheng and colleagues took these fecal matter samples and injected them into mice. Some mice were injected with fecal matter from schizophrenics, and some from the healthy controls. The mice also received a dose of the donor’s microbiome. Over the years, researchers have characterized several behaviors that correspond to schizophrenia in mice. For example, those mice that received a fecal injection from schizophrenics were more hyperactive and more easily startled, both of which are consistent in mice models of schizophrenia.

Altogether, these findings suggest that there is indeed a strong link between the gut microbiome and the schizophrenic brain, although more research is needed to definitively conclude. However, the researchers do note that events that change the microbiome are associated with schizophrenia, implying a connection does exist.

So, does it mean curing schizophrenia boils down to a simple matter of fixing the microbiome? Does the origin of schizophrenia lie within our guts? Such questions require further investigation.

Of the thousands of different types of both “good” and “bad” bacteria that populate the microbiome, the majority are of the good kind, which help prevent bad bacteria from overpopulating, which can harm your heath. Studies have shown that there is harm associated with an imbalance in the microbiome due to inflammation, intestinal permeability, or lack of bacterial diversity, any of which may be associated with an overgrowth of unhealthy bacteria. In some cases, researchers are confronted with the classic “chicken or egg” question: which comes first, gut bacteria imbalance or poor health? Does an overgrowth cause the disorder, or does the disorder cause an overgrowth of bad bacteria?

There are various probiotic foods that supply various amounts beneficial, live bacteria. Some of these are common foods you may have already incorporated into your diet, while others may seem a bit more exotic—though they are available in certain supermarkets. Some probiotic foods include: plain yogurt, cottage cheese, fresh sauerkraut, kimchi, miso, and apple cider vinegar. It’s noteworthy that the probiotic benefits of these foods can be compromised by cooking, processing, or preserving at high temperatures.

Unlike probiotic foods, prebiotic foods do not contain living organisms. They contribute to the health of the microbiome by providing indigestible fibers that ferment in the intestinal tract, where they are consumed by probiotic bacteria and converted into other healthy substances. Prebiotic foods include: artichokes, leeks, onions, garlic, chicory, cabbage, asparagus, legumes, and oats.

While probiotic supplements have been shown to improve symptoms of depression, anxiety, obsessive-compulsive disorder, and other psychological and neurological conditions, their use should be discussed with a physician or mental healthcare provider. Currently, there are no standardized recommendations for such dietary supplements, as researchers have yet to determine which bacterial species or combinations of species and doses are best for treating specific symptoms and maintaining overall health.