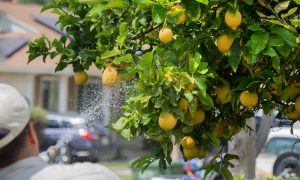 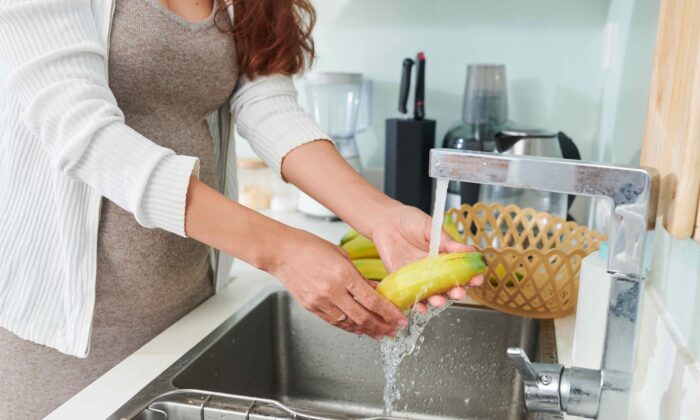 Washing fruit, even those with a peel, can help reduce a child's exposure to pesticides.(Dragon Images/Shutterstock)
Mind & Body

What You Can Do to Keep Your Kids Safe From Pesticides

Children appear most at risk for pesticide exposure, but how can we keep them safe? One expert has some answers.

Studies show that exposure to pesticides—specifically those containing chlorpyrifos, which attacks an insect’s nervous system—can harm a child’s physical and mental development.

The Centers for Disease Control and Prevention’s National Health and Nutrition Examination Survey detected chlorpyrifos in 96 percent of children sampled nationwide, with those ages 6 to 11 having concentrations higher than adults.

Nancy Fiedler, a professor at the Rutgers University School of Public Health and deputy director of the Environmental and Occupational Health Sciences Institute, who is studying how pesticide exposure affects fetuses in each trimester of pregnancy, says it is unknown exactly when children are the most vulnerable, but says there is no question that most children—even those who live outside of agricultural areas where pesticides are sprayed—are at risk.

Here, Fiedler, who researches the effects of neurotoxicants, including pesticides, on human brain function and development, explains how children get exposed and what parents can do to keep them safe:

Question: Who is most at risk for exposure to chlorpyrifos?

Nancy Fiedler: A child’s brain development is most vulnerable in utero through early childhood. Such young children do not have the same ability to detoxify chemicals as adults. If a pregnant mother ingests or breathes in the chemical, it can cross through the placenta and affect the fetus. This is of particular concern for pregnant women who work in agriculture and for children who are exposed to the chemical residues on foods that are sprayed, like fruits and vegetables, and in drinking water.

Question: How can exposure affect development?

Exposures to chlorpyrifos as well as other organophosphate pesticides is greater in low- and middle-income countries, such as Thailand, where we are currently conducting a birth cohort study. This study will help provide greater specificity about potential windows of vulnerability during pregnancy and the impact on neurodevelopment. Early measurement of the infant’s neural integrity at birth and the building blocks of attention and memory in infancy will help determine how pesticides may affect the trajectory of neurodevelopmental skills needed for performance in school and beyond.

Question: How can parents reduce children’s exposure to pesticides?

Fiedler: It is not safe for pregnant women to work where pesticides are sprayed. Families whose apartments and homes are sprayed can start by asking the building manager about the company it uses, how it is licensed, and what products are sprayed.

Even though companies say you can reenter your home a few hours after the application, there is good evidence that the chemicals are still present. It’s best to wait at least a day, if you can, before returning home. Families with young kids should put away or remove items that they might touch or put in their mouth, especially stuffed animals, which can be coated by the chemical for days. Carpets, which likewise can collect chemicals, should be removed if possible.

Parents should wash all produce, including those with peels you do not eat, thoroughly by soaking it in water then scrubbing it.

Also, wash your hands after touching fruit with thick skins like oranges and bananas so you do not contaminate the washed produce after peeling.