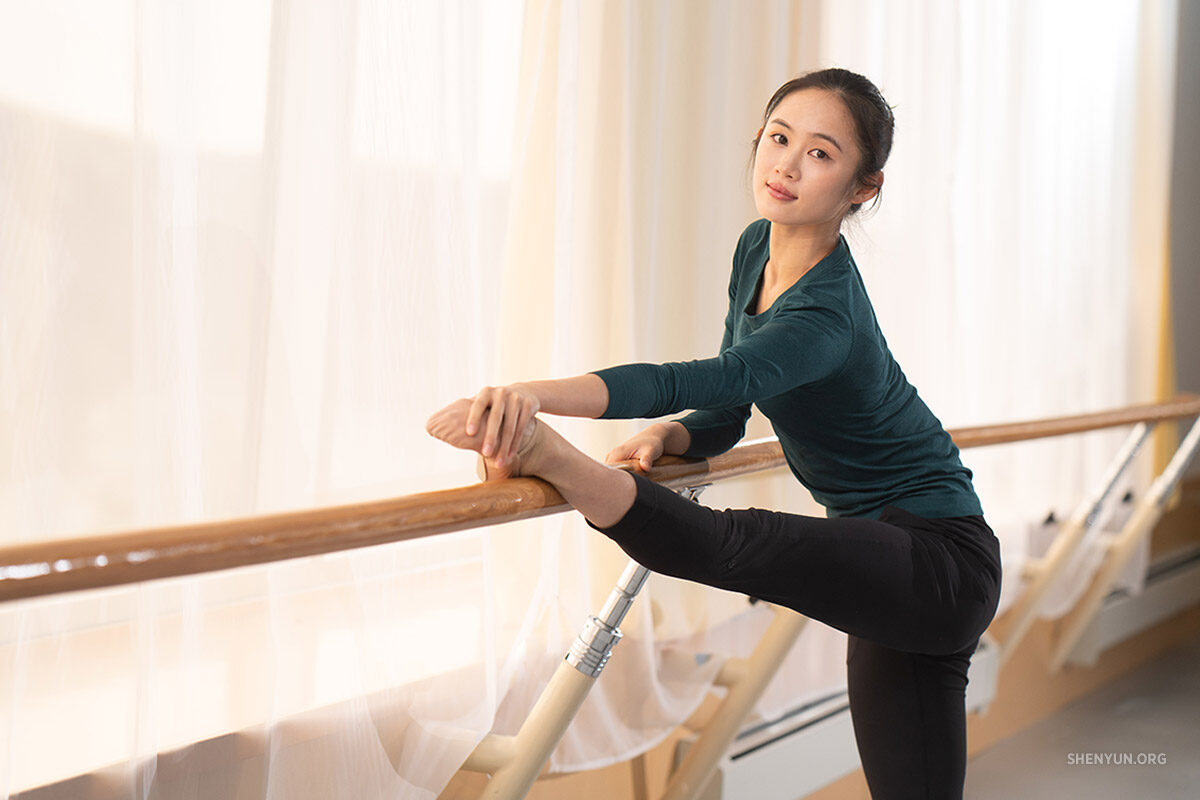 What Does It Take to Be a Shen Yun Dancer?

Dancers with Shen Yun Performing Arts live their lives under bright stage lights, but it’s not just on the stage that they shine. Their beauty comes from within, and it’s a beauty that no amount of makeup or fancy costumes can compare to.

In this video from Shen Yun Zuo Pin, we are given a chance to see the degree of mental strength and physical dedication it takes for an artist from this New York-based performing arts company to accomplish hundreds of performances year after year.

‘It Takes a Mind of Steel and Limbs of Rubber’

When someone masters a skill, it means they’ve put in an immense amount of time and effort, and most importantly, a great deal of heart. Shen Yun’s dancers are not only artists; they are athletes; they are vessels of traditional Chinese history; and, perhaps most importantly, they are embodiments of humility.

They make dancing look easy, which is incredibly hard to do. From mastering simple steps such as “yuan chang”—small quick steps that make dancers look like they’re floating—to intense, athletic flips such as the front aerial and handsprings, the dancers make their movements appear effortless. This video gives us a glimpse into their training.

‘You Need to Delve Into the Past to Inspire the Future’

Shen Yun isn’t just a dance company performing classical Chinese dance. It’s a group determined to revive China’s 5,000 years of civilization. This mission may lead to the question: Why does Chinese culture need to be revived?

China’s history is summarized by the coming and going of dynasties, such as the Han, Tang, Ming, and Qing dynasties. After the Qing, China became the Republic of China and then fell to communist rule and was renamed the People’s Republic of China. Under communism, the spirit and essence of all the previous dynasties were destroyed during the Cultural Revolution.

In 2006, artists founded Shen Yun to revive the finest aspects of traditional Chinese culture and introduce them to audiences around the world. During a Shen Yun performance, audience members witness history come to life and get to experience the beauty of China before communism.

‘It Takes Changing Ourselves First to Change the World’

Shen Yun’s artists meditate and study the teachings of Falun Dafa. They believe that bettering themselves will allow them to communicate that goodness to the audience through dance.

This is part of the reason why so many audience members feel lighter and happier after seeing a Shen Yun performance. The dancers radiate positivity, and Shen Yun’s performances are free of negativity. Even sad stories end positively and are filled with hope. Each dance story has a moral from which the viewer can learn. Shen Yun is a beacon of hope in this bewildering time.

To see the dancers in training, view bit.ly/DancerTraining