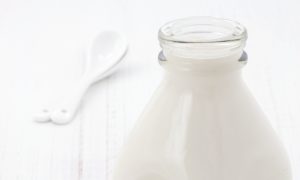 Which Probiotics Are Right for You?
0
Share Now
TelegramFacebookTweetEmailTellMeWeReddit
Copy Link 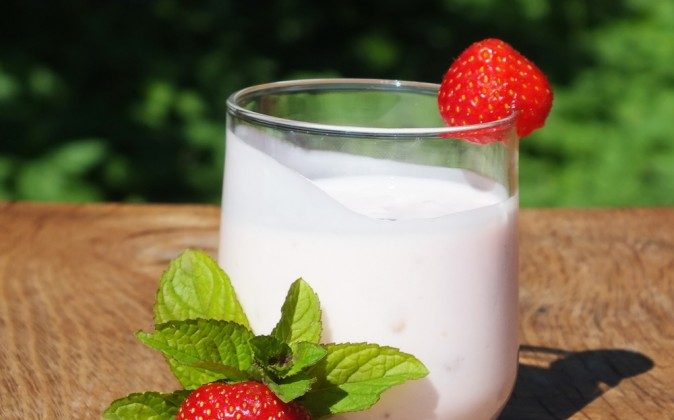 Probiotics are defined as live microorganisms, which when administered in adequate amounts, confer a health benefit on the host. The term “probiotic” means “pro-life” and was coined as an antonym to the word “antibiotic.”

For centuries, people have been eating foods that were fermented using live cultures of bacteria. Historically, health benefits have been attributed to these foods. Within the last few decades however, probiotics have gained the attention of the scientific and medical communities.

Research supports the role of our intestinal microflora in disease protection and prevention. Probiotics affect intestinal bacteria by increasing the numbers of beneficial bacteria and decreasing the population of potentially pathogenic microorganisms. They help to restore the natural balance of good bacteria in the intestinal tract. In general, the strongest evidence for probiotics is related to their use in improving gut health and stimulating immune function.

Picturing the human body as a host for bacteria and other microorganisms is helpful in understanding probiotics. Most probiotics are bacteria similar to the beneficial bacteria found naturally in the human gut. The body, especially the lower gastrointestinal tract, contains a diverse and dynamic community of mircoflora. In the body of a healthy adult, cells of microorganisms are estimated to outnumber human cells by a factor of ten to one. Although we tend to think of bacteria as harmful germs, many actually help the body to function properly. They alter the intestinal environment by reducing harmful organisms, producing antimicrobial compounds, and stimulating the body’s immune system.

You don’t necessarily need to take probiotics if you are in good health and are consuming a healthful plant-based diet. Your gut microflora are fed and nourished by the foods you consume. Eating a diet rich in vegetables, fruits, and beans naturally balances intestinal flora. The factors that appear to decrease an individual’s immunity or ability to resist the effects of pathogenic microbes include a diet high in animal proteins and fat, a low-fiber diet, antibiotic use, age, stress, inflammatory conditions, malnutrition, digestion problems and immune status.

Who Should Take Probiotics?

Probiotics can be of value in the treatment of a variety of health concerns. These include diarrhea associated with antibiotic intake, acute infectious diarrhea, irritable bowel syndrome, and inflammatory bowel disease.

A number of clinical trials have tested the effectiveness of probiotics in the prevention of acute diarrhea, including antibiotic-associated diarrhea. Certain situations, such as antibiotic use, can reduce the number of good microorganisms in your gut and increase the growth of potentially harmful bacteria such as Clostridium difficile. C. difficile is a major cause of diarrhea in hospitalized patients and people in long-term care facilities. Probiotics may reduce the harmful bacteria by receptor competition, competition for nutrients, inhibition of epithelial and mucosal adherence of pathogens, introduction of lower colonic pH favoring the growth on nonpathogenic species, stimulation of immunity or production of antimicrobial substances. There is evidence that taking probiotics when you first start taking an antibiotic may reduce the chance of developing antibiotic-related diarrhea. Meta-analysis of controlled trials show that the probiotic bacteria L. rhamnosus and S. boulardii are particularly effective for this purpose. Probiotics have also been shown to be useful as treatment of acute infectious diarrhea. Infectious diarrhea is caused by bacteria, viruses or parasites. Several strains of Lactobacillus and the yeast S. boulardii may help treat and shorten the course of infectious diarrhea.

Symptoms of abdominal pain, bloating and flatulence commonly occur in patients with Irritable Bowel Syndrome (IBS). These symptoms may result in part from fermentations taking place in the colon that generate gas. Certain gut bacteria process leftover food that reaches the colon without producing gas. Recent research suggests that an imbalance of the intestinal microorganisms with a significant reduction of bifidobacteria and a dysfunctional intestinal barrier may contribute to the development of IBS and its symptoms. In some studies, probiotics have been shown to be effective in alleviating symptoms of IBS. Research is continuing to determine which probiotics show the most benefit.

For inflammatory bowel disease such as ulcerative colitis, patients may be helped by a high dose of a combination of Lactobacillus, Bilidobacterium, and Streptococcus probiotic species. Some studies show a benefit in inducing or maintaining remission of disease activity in mild to moderately severe ulcerative colitis. Other autoimmune illnesses may also benefit by the use of probiotics.

Allergies are caused by an exaggerated or imbalanced immune response to harmless environmental allergens. Probiotics have shown promise in the treatment of atopic eczema in infants and children.

Not All Probiotics Are Equal

Probiotics vary by genus, species and even different strains within the same species. Most probiotic products contain bacteria from the genera Lactobacillus or Bifidobacterium although other genera including Saccharomyces (a yeast) have been developed as probiotics. They are further identified by species such as Lactobacillus acidophilus (L. acidophilus) or Bifidobacterium lactis (B. lactus). Within species, different strains are given an alphanumeric designation. It cannot be assumed that research published on a particular species or even strain of probiotic applies to others. Different strains of the same species of probiotics have different characteristics or benefits. Probiotic supplements should contain species, strains and the number of viable organisms per dose (expressed as colony forming units or CFUs) that have been tested and proven to be effective. Product packaging should ensure an effective level of live bacteria through the “best by” or expiration date. Since probiotic supplements pass through the digestive system and are considered to be transient in nature, their benefits are dependent on regular consumption.

Prebiotics differ from probiotics. They are non-digestible food ingredients that stimulate the growth and/or activity of beneficial bacteria in the digestive tract. They are found naturally in a variety of plant-based foods including onions, garlic, asparagus, leeks, artichokes, oats, and bananas. These short-chain carbohydrates or oligosaccharides are not hydrolyzed by digestive enzymes in the upper GI tract and, therefore, arrive in the colon intact where they provide food for the good bacteria. Prebiotics are beneficial, perhaps even necessary, to promote the growth and survival of probiotics in the GI tract. Probiotic supplements frequently contain prebiotics in the form of fructo-oligosaccarides (FOS), inulin and galacto-oligosaccharides (GOS).

The use of probiotics shows promise for a number of health concerns, primarily those relating to the gastrointestinal tract. They have an excellent safety record and represent an option for prevention and treatment of antibiotic-associated diarrhea and relief of symptoms due to irritable bowel syndrome. Probiotics may also be helpful for those with allergies and autoimmune diseases. Much research is currently underway in this area and progress will be continue to be made in identifying the specific species and strains of probiotics that are the most effective in each situation.

*Images of “yogurt” and “onions”  via Shutterstock