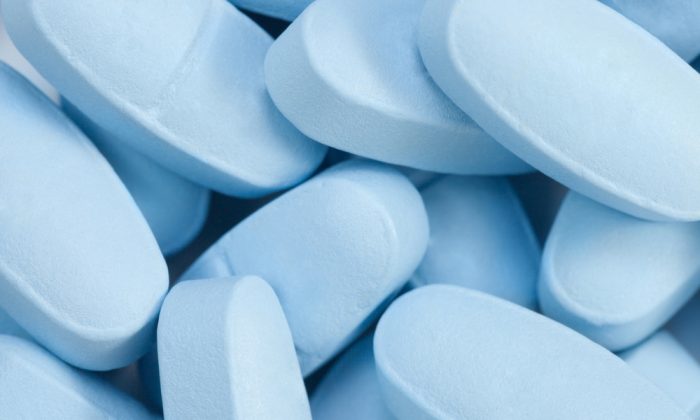 The diet pill Contrave, also known as NB32, was delayed again by the Food and Drug Administration.

The pill comes from Orexigen Therapeutics.

“NB32 is an investigational medication being evaluated for weight loss. It is a fixed-dose combination of bupropion sustained-release (SR) and Orexigen´s proprietary SR version of naltrexone, designed to improve drug tolerability,” the company says on its website.

The bupropion is thought to increase the level of dopamine activity at specific receptors in the brain, which appears to lead to a reduction in appetite and increase in energy expenditure by increasing activity of POMC neurons. Naltrexone works by blocking opioid receptors on the POMC neurons, preventing feedback inhibition of these neurons and further increasing POMC activity.

In addition, NB32 may regulate activity in the dopamine reward system of the brain that helps control food cravings and overeating behaviors, the company said.

It says that testing has gone well, but Forbes points out that the history of weight loss drugs means that a drug’s success is not a sure thing.

It says that Contrave is less likely to be as effective as Qsymia–but more effective than Belviq. However, unlike both of these controlled substances that get prescribed by doctors, NB32 would be under less stringent criteria (still given out by doctors, though).

All anti-obesity drugs have side effects, leading to the three years of testing that the FDA has needed to prepare to improve the drug.

The Food and Drug Administration is now expected to make a decision on Contrave, also known as NB32, by Sept. 11.

Since rejecting Contrave, the FDA has approved the obesity drugs Qsymia from Vivus Inc. and Arena Pharmaceuticals Inc.’s Belviq. Both of those drugs were also rejected initially.

Orexigen, based in La Jolla, California, has no products on the market, and Contrave is its lead candidate. If Contrave is approved it would be marketed in the U.S. by Takeda Pharmaceuticals, which will pay royalties on sales.

Like Qsymia and Belviq, Orexigen’s drug produces feelings of fullness in patients and is designed to be used in combination with dieting and exercise.

Analysts originally estimated that the new drugs could garner up to $1 billion in annual sales, considering that more than one-third of all American adults are obese. But sales of both Qsymia and Belviq have been far below expectations due to limited insurance coverage and high out-of-pocket costs for patients.

“If they’re covered at all it’s always by prior approval, so the physician has to get on the phone and call the insurance company,” said Dr. Robert Kushner of the Northwestern Comprehensive Center on Obesity. “Drugs that are not typically covered by health plans, or are frankly excluded, make it very difficult get an uptick in medication usage.”

Vivus reported Qsymia sales of $9.1 million in its most recent quarter. Arena and its partner Eisai reported sales of $8.4 million for its drug Belviq.

“We use medication as a window of opportunity to educate patients on choosing a healthier diet that allows you to eat more food, less calories,” Kushner said.

Shares of Orexigen Therapeutics Inc. fell $1.16, or 17 percent, to $5.65 in afternoon trading Wednesday. The stock had climbed almost 21 percent so far this year through Tuesday’s close.

*Image of “pill” via Shutterstock