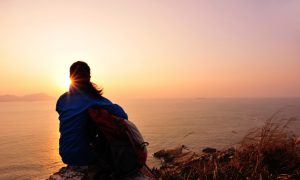 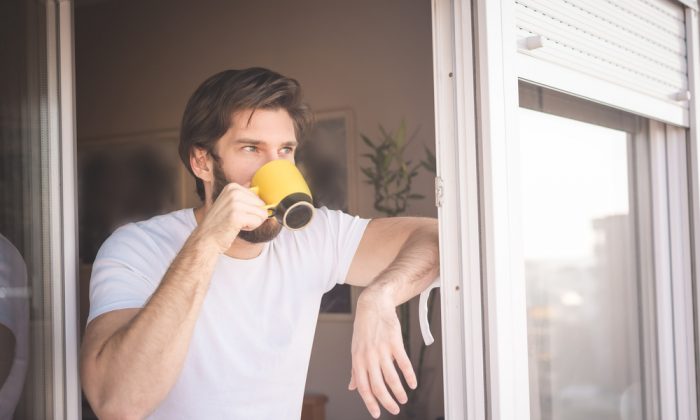 A moment to consider who you are and what you would do with yourself can be the first step on a journey to make the world a better place. (Igor Sinkov/Shutterstock)
Mind & Body

Want to Change the World? First Change Yourself

The world is an imperfect place, full of suffering and tragedy. The humanitarian in each of us longs to change the world. For example, maybe you would like to alleviate crippling poverty, disease, or mental illness. Maybe you wish people would stop killing each other, be it by homicide, war, or even genocide. Maybe you wish every human being could have a roof over her head, a stable income, and something decent to eat.

But doubts may creep in. Who are you to make these things happen? Isn’t it true that you are just a small pawn in an intricate game, subject to the arbitrary power of ruthless politicians and corrupt corporations? Maybe the only way to make a change is through the political process: by supporting some political savior or by becoming one yourself. Or maybe you become deeply nihilistic, give up all hope of changing anything, and distract yourself from the awful tragedy of the world by pursuing a life of shallow pleasures. After all, you are just one individual in the face of billions of others.

The question becomes: What can you do in this imperfect world?

Maybe what you need is a change in perspective.

Before you can get to the level of solving such gargantuan, globe-spanning problems, you must first change yourself. It sounds insignificant, but don’t underestimate the power that self-improvement can bring.

Ask yourself what things you can do today to make the world a better place. What bad habits are you clinging to? What behaviors do you wish to change? Are you following a path that brings you fulfillment? Are you taking adequate time to recognize the importance of the others around you? Could your room use a little cleaning? Could the rest of your home use some work, too?

This is the central message of Jordan B. Peterson, a psychologist whose perspective has taken the world of public discourse by storm and has transformed the lives of many.

When many consider the flawed nature of existence, they think that change must happen at the highest level possible. Perhaps they wish for sweeping global legislation regarding climate change or poverty alleviation. Perhaps they blame politicians for the world’s woes and seek to elect “better” politicians or wish to overturn the entire system. While the motivation is understandable, not only is it difficult to design perfect systems, it is also near impossible to actually implement them.

You want to be very careful about doing large-scale experimentation with large-scale systems because the probability that if you implement a scheme in a large-scale social system that the scheme will have the result you intended is negligible. What will happen will be something that you don’t intend and, even worse, something that works at counter-purposes to your original intent.

If we accept this premise, what can we do if we still want to achieve good in the world? To that, Peterson says:

You should restrict your attempts to fix things to what’s at hand. So there’s probably things about you that you could fix, things that you know that aren’t right.

After starting small and realizing how difficult it is to even change things at the individual level, we might develop some humility and rescind our grandiose plans for the world. As Peterson says:

It’s hard to put yourself together, it’s really hard to put your family together, why the hell do you think you can put the world together? Because obviously the world is more complicated than you and your family. So if you’re stymied in your attempts even to set your own house in order, which of course you are, then you would think that what that would do would be to make you very very leery about announcing your broadscale plans for social revolution.

As soon as you start improving, others around will take notice. Hopefully, your growth inspires people in your immediate sphere to grow alongside you. But, if others try to bring you down out of jealousy, don’t let that distract you. All you can do is offer a shining example for those ready to follow it.

If every individual would dedicate themselves towards first bettering their own corner of the world—the part where they have the most interest and the best incentives—imagine how much better the whole world would be.

Tyler Brandt is an associate editor at FEE. He is a graduate of the University of Wisconsin–Madison with a bachelor’s in political science. In college, Tyler was an FEE campus ambassador, president of his campus YAL chapter, and research intern at the MacIver Institute. This article was first published on FEE.org