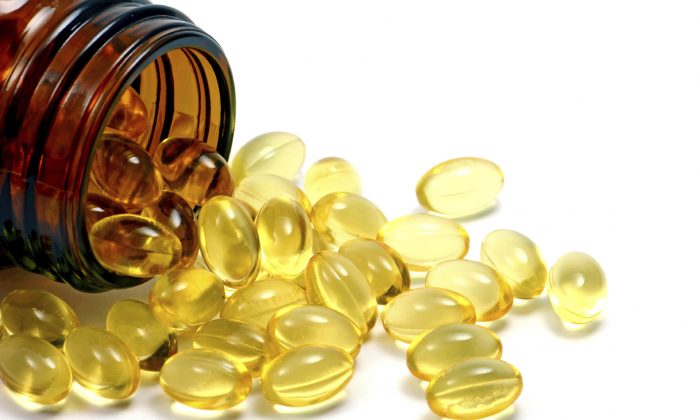 Breast cancer in laboratory mice with deficient levels of vitamin D grew faster and were more likely to metastasize.

These are the results of a new study in the journal Endocrinology. Vitamin D deficiency directly results in an increase in the expression of a gene (ID1) that promotes breast cancer metastasis.

The team also studied 34 human breast cancer patients and found that levels of vitamin D affected expression levels of ID1 protein in their tumors. Although more research needs to be done Brian Feldman, MD, PhD, assistant professor of pediatrics at Stanford, is “very optimistic that restoring physiological levels of vitamin D in people that are deficient and at risk for developing breast cancer will have some beneficial impact.”

Feldman believes that people should be aiming for 30-50 ng/mL of vitamin D. Other than getting some sunshine many foods have vitamin D. Fatty fish like salmon, trout, mackerel, tuna, and eel all contain vitamin D. Other examples include Portobello mushrooms, tofu, cod liver oil and fortified cereals. It is important to note that the research recommends avoiding deficiency which does not mean that taking more vitamin D than needed is beneficial.

We spoke to Brian Feldman who is the senior author of the study. The paper’s lead authors are Jasmaine Williams and Abhishek Aggarwal. Other co-authors of the paper include Srilatha Swami, Aruna Krishnan, Lijuan Ji, and Megan Albertelli.

ResearchGate: How developed is the field of research surrounding vitamin D and cancer? How optimistic are you with this field’s potential?

Brian Feldman: There has been over a decade of research in this area. You can peak at our recent review on the topic we did for Naturehere.

The majority of this work has focused on using vitamin D to slow down tumor progression and the results have been mixed in this area. Our study is taking a different look and examining if deficiency in physiological levels of vitamin D is directly related to risk for tumor progression. There have been reports of epidemiological associations between vitamin D deficiency and higher frequency and poorer prognosis of breast cancer. However, it was not clear from these studies if there was truly a cause and effect or just an association.

Our studies indicate that a deficiency in vitamin D directly affects the breast cancer tumor itself, promoting tumor progression. In particular, we show that vitamin D deficiency directly results in an increase in the expression of a gene (called ID1) that promotes breast cancer metastasis. Indeed, we found that this relationship between vitamin D levels in the whole body and ID1 levels in the tumor was present in human patients at the time of their diagnosis. We are very optimistic that restoring physiological levels of vitamin D in people that are deficient and at risk for developing breast cancer will have some beneficial impact.

RG: What motivated you to study the association?

BF: We wanted to test if the epidemiological data that suggested an association between deficiency and risk of poor prognosis was the result of a direct cause and effect.

RG: Can you explain your study’s design?

RG: What is the role of ID1 expression and tumor growth? How does vitamin D interact with this?

BF: ID1 was already well known in cancer biology to promote tumor progression from work done by a variety of other labs. We discovered the vitamin D signaling through its receptor (VDR) directly inhibits the expression of the ID1 gene and when you are deficient in vitamin D this repression is released allowing this tumor promoting gene to be expressed at higher levels, promoting tumor progression.

RG: How prevalent is vitamin D deficiency? How much vitamin D do people need?

BF: Deficiency, depending on how you define it, is not uncommon and is particularly common in the populations at risk for developing breast cancer. How much vitamin D you need is still being debated. My own opinion is a target level of 30-50 ng/mL is reasonable.

RG: Can you have too much vitamin D?

RG: What does your study mean for cancer research going forward? Do you have further research planned?