Virtual Nature Makes Us Feel Good Even If It’s Farmville

Environmental psychologists have long known that encounters with the natural world are good for us. But nature can now also be found in our virtual lives – in the photos we share online, the games we play, even the words we use. And it seems to help soothe our connected minds.

Cyberspace is full of the images and language of nature. For example, does your desktop wallpaper feature a waterfall, a forest, or a beach? Do you harvest tomatoes in Farmville, explore the exotic territories of World of Warcraft or wander around in Second Life? Perhaps, like some Grand Theft Auto fans, you even share photos of its landscapes on Flickr.

If so, you’re experiencing nearby nature via your phone, tablet or computer screen. And it is almost certainly doing you some good.

In the 1980s, experimental psychologists Rachel and Stephen Kaplan studied the effects of nature on people. They found that small glimpses of the natural world – “nearby nature” – could have measurable effects on well-being. These phenomena, such as the sight of a few trees viewed through a window, may appear insignificant or far away, but they still play a powerful role in feeling good and giving us a sense of satisfaction.

The Kaplans found that people with access to nearby natural settings were healthier than those without. And these subjects also experienced increased levels of satisfaction with their home, job and life in general.

Nearby nature does not have to be beautiful or complex. And, surprisingly, you do not have to be actually outside to gain the benefits. Many studies that have looked at this have taken place indoors, using images rather than the real thing. The effect is still potent when viewed through a window or seen in a photograph or video. A painting, even a wall calendar, can have a similarly beneficial effect.

These findings complement biologist E.O. Wilson’s writings on biophilia, the attraction to life and lifelike processes. They are also linked to biophilic design, an architectural practice championed by social ecologist Stephen Kellert. Biophilic design connects buildings to the natural world to create environments where people feel and perform better. Designs might include gardens, water features, and shapes mimicking those from nature like shells and foliage. There will be natural materials, plenty of light, and open spaces.

It might seem unlikely that the digital world can provide similar kinds of healing environments. But there is a link between the results described above and today’s virtual landscapes. The measurably beneficial effects of nearby nature often occurred when they were viewed on a screen.

In 2008, cognitive neuroscientist Marc Berman reported that walking round a park produced more beneficial effects than walking in an urban environment. His experiment involved stressing subjects then testing their responses in both places.

Psychologist Deltcho Valtchanov wanted to try the same test in virtual environments so he set up three virtual reality spaces: a nature island with waterfalls, rivers, different kinds of trees, flowers, plants, grass, rocks, a beach and dirt paths; an assortment of 3D geometric shapes including coloured spheres, cylinders, cones, and rectangular and square boxes of various sizes; and a scale model of Shibuya station in Tokyo, a dense urban area with realistic and full-scale buildings and streets which was unfamiliar to any participants.

Using Berman’s methods, he tested the reactions of 69 subjects and found that the virtual nature space prompted an increase in positive affect – happiness, friendliness, affection and playfulness. At the same time negative affect – fear, anger and sadness – decreased. Results in the other two spaces, the geometric shapes and Shibuya station, were far less marked. Valtchanov concluded that virtual nature was responsible rather than the state of virtual reality.

Living well in the digital world

I called this phenomenon “technobiophilia” – the innate attraction to life and lifelike processes that are found in technology. Images of nearby nature on our phones and computers can alleviate mental fatigue. They enhance our attention, help us cope with distraction, and generally improve our well-being.

What might happen if we consciously experimented with adding technobiophilia to our wired lives? We already share nearby nature when we post our photos of rosy sunsets, blooming gardens and tranquil lakes online. Could we apply biophilic design to our hardware and software to help us feel and perform better? If we did, we might find a more healthy and productive balance between tech and nature.

Sue Thomas receives funding from COST (European Cooperation in Science and Technology). She is author of Technobiophilia: nature and cyberspace.

BrightBy Sue Thomas
Two Moms, a CEO and a Physician, Step Up to Homeschool Kids: ‘You Will Never Ever Regret’
12-25-2013
sharecomments 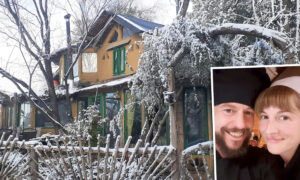 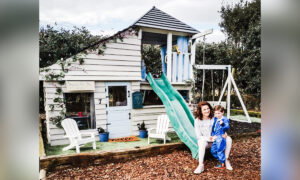