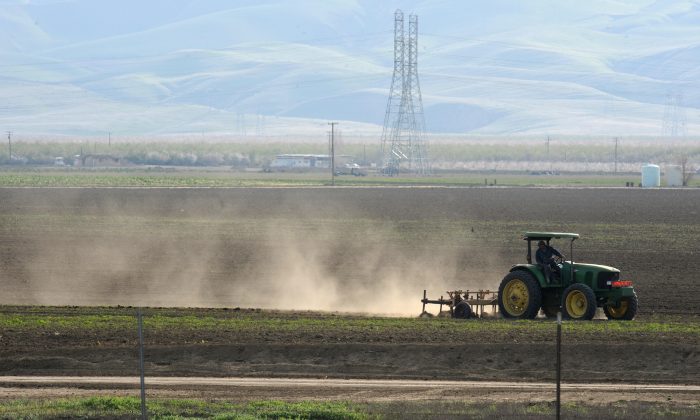 Dust rises as a farmer plows a field in Mendota, Calif., in the state's San Joaquin Valley on March 11, 2009. Dust carries spores that cause valley fever, a growing problem in the southwestern states. (Robyn Beck/AFP/Getty Images)
Health

Valley fever hits: A fungal respiratory infection has dramatically increased in the southwestern states in recent years. Last week, more than 3,000 particularly vulnerable prison inmates in San Joaquin Valley were transferred out of the region.

“Because fungus particles spread through the air, it’s nearly impossible to completely avoid exposure to this fungus in these hardest-hit states,” said Center for Disease Control (CDC) Director Tom Frieden, M.D., M.P.H., in a March 28 press release. “It’s important that people be aware of valley fever if they live in, or have traveled to, the southwest United States.”

Arizona and California have seen the greatest number of cases, accounting for 66 percent and 31 percent of cases respectively from 1998 to 2011. A CDC study released in March shows that the number of cases in the southwestern states rose from 2,265 in 1998 to 22,000 in 2011. The incidence of valley fever in Arizona rose 16 percent per year on average, and in California it rose 13 percent per year.

Frieden said it is difficult to tell exactly why the cases are increasing, but changing weather conditions could be a cause. When it is hotter and drier, dust carrying the spores is more likely to spread the disease. The symptoms are similar to those of the flu or pneumonia. Only a lab test can diagnose it.

CDC reports that nearly half of valley fever patients require hospitalization with an average cost of $50,000 and lost time at work or school of about two weeks. Of the 18,776 cases in California between 2001 and 2008, 265 people died, according to the California Department of Public Health.

San Joaquin Valley is particularly hard-hit. The movement of inmates from the region’s two prisons is not surprising, given the past problems with the disease at the prisons.

In 2005, an epidemic at Pleasant Valley State Prison (PVSP) saw rates of infection at the prison three times that found in the rest of Fresno County, according to a March 11, 2013 Fresno County Superior Court document.

The court was investigating two inmate complaints that health officials at the prison did not properly diagnose or treat their cases of valley fever, claims the court ruled were unfounded.

PVSP had 3,644 inmates as of December 2012. During the 2005 epidemic, 166 inmates contracted the disease, 18 percent of whom were hospitalized, and 2.4 percent of whom died. Patients with weak immune systems due to other illness, medications, or other factors, are more at risk.

A mental health facility was under construction near the prison at the time, which created dust, easily spread in the windy region.