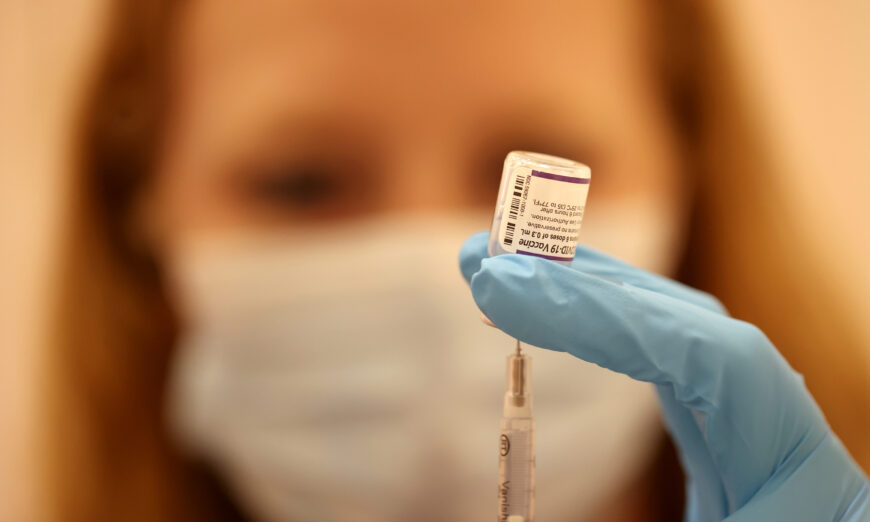 Antibody levels generated by two shots of the Pfizer-BioNTech vaccine can undergo up to a 10-fold decrease seven months following the second vaccination, research suggests.

The drop in antibody levels will compromise the body’s ability to defend itself against COVID-19 if the individual becomes infected.

In a recent BioRxiv study published ahead of peer-review, many recipients of the vaccine displayed substantial waning of antibodies to the CCP (Chinese Communist Party) virus, or SARS-CoV-2, and its variants including Delta, Beta, and Mu.

Bali Pulendran of Stanford University and Mehul Suthar of Emory University told Reuters that the study shows “vaccination with the Pfizer-BioNtech vaccine induces high levels of neutralizing antibodies against the original vaccine strain, but these levels drop by nearly 10-fold by seven months.”

While the body has other defense mechanisms in place to ward off the virus, Pulendran and Suthar added that antibodies “are critically important in protecting against SARS-CoV-2 infection.”

Earlier reports of data from a phase one study showed that participants had a higher level of neutralization antibody titers against the CCP virus’s Delta variant after getting a booster—a third dose—versus those who just received two doses, officials said.

“The third dose elevates the neutralizing antibodies in our laboratory studies to up to 100 times higher levels [after the third dose] compared to [before],” Mikael Dolsten, Pfizer’s chief scientific officer, told investors in a call earlier this year.

The two-dose Pfizer vaccine was found to be 96 percent effective for the first two months following the second dose, according to a July 28 study from the companies’ scientists.

The research paper outlined a drop in efficacy to 83.7 percent after four to six months.

The Pfizer-BioNTech vaccine is the most widely used in the United States. More than 226 million doses have been administered as of Sept. 30, versus 151 million Moderna shots and 15 million from Johnson & Johnson.