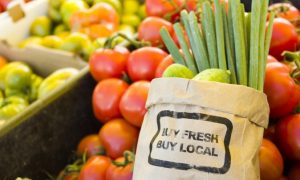 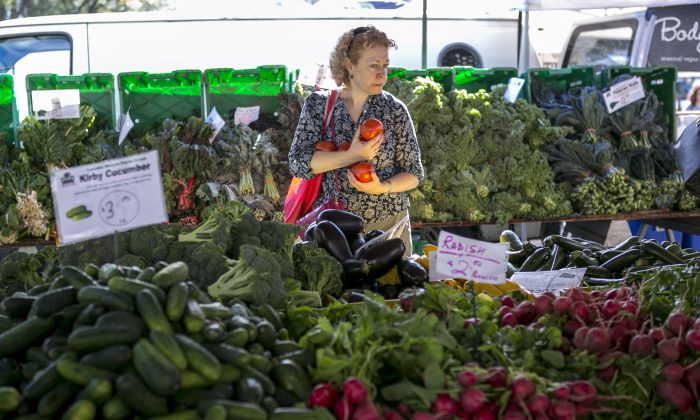 The Organic Trade Association announced this week that the organic food industry in the United States is nearing a record 5 percent of the country’s total food market—a new milestone. “Throughout America, folks can’t get enough of organic,” the OTA press release starts.

Sales of organic food products reached a new high in 2014, totaling $35.9 billion, which represents an 11 percent increase from the previous year.

But despite the increases, growth in the organic food industry has been incremental.

The U.S. Department of Agriculture (USDA), the agency charged with overseeing organic food production and processing in the country, reported that although they do not keep official statistics on organic food sales, industry data shows its share of the entire food market “has been remarkably stable over the last decade.”

In 2011, organic food sales reached 4 percent of the market share, according to the USDA. It grew to over 4 percent in 2012, and is headed toward 5 percent this year.

Record Growth of Organic Food Consumption in the US and India

OTA’s survey of the organic industry found that “organic doesn’t have any demographic boundaries.” Organic product sale increases (including nonfood items) were across the board, whether by ethnic background or geographic region.

The West Coast and New England had the highest percentage of households that bought some kind of organic product in the past year, at almost 90 percent.

Organic fruits and vegetables are the biggest selling product, totaling $13 billion, whereas organic dairy products reached $5.46 billion. In 2014, organic nonfood products had the biggest sales increase in the past six years, with organic textile fibers and personal care products dominating, according to the OTA’s annual survey.

This week, the USDA also announced that the number of U.S. businesses it has certified as organic reached a record number of 19,474, which is an over 250 percent increase from when the regulating agency began such certifications in 2002.

A business is certified organic if it does not use synthetic fertilizers, prohibited pesticides, or genetically modified crops. In terms of raising livestock, the business must meet certain animal welfare standards, not use antibiotics or growth hormones, use 100 percent organic feed, and provide animals with access to outdoors, according to the USDA’s rules.

Consumers have cited multiple reasons for why they buy organic food, including the perception that it is healthier, more sustainable for the environment, and safer to eat. The trend of buying organic products emerged following decades of GMO (genetically modified organisms) cultivation, and heavy pesticide and fertilizer use within American agriculture. Scientific advances made synthetic chemicals and high-yield crop varieties widespread to farmers around the world during the 1960s, an innovation known as the Green Revolution.

By the 1970s, though, American environmental activists began calling for an end to using harmful pesticides in farming. In 1990, the U.S. Congress passed the Organic Foods Production Act, which established federal standards and a certification process for organic farming practices.

Today, 45 percent of Americans actively try to include organic foods in their diets, according to a recent Gallup poll. Fifteen percent actively avoid organic foods, while 38 percent said they didn’t care either way.