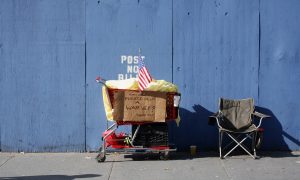 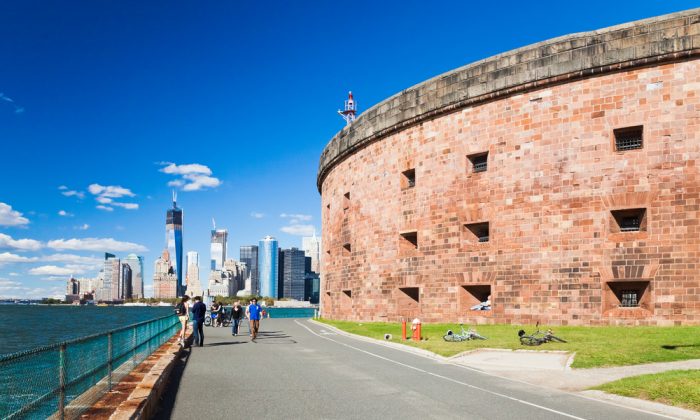 Time is running out to enjoy the 2014 Governors Island season. (Shutterstock*)
Family & Home

Unseen City: A Short Journey to Another World

NEW YORK—Sometimes I feel like I spend a lot of time attempting to convince overworked colleagues to get out and enjoy New York City. There are two frequent responses: a blank stare or a weak, “yeah….”

It’s understandable, given the environs of the city that most people live within. Long hours on the job, the longest national average commute, and the most crowded city in the country. Just those three factors are enough to legitimately dismiss any thoughts of going the extra mile to have fun.

Though, the phrase “concrete jungle” was probably coined by those dwelling in New York City, the book “A Tree Grows in Brooklyn” was written here. In fact, a lot of trees grow in Brooklyn…and Manhattan…and the Bronx.

It’s a crying shame, though, when you begin to realize what this crazy city has to offer.

At the top of the list, perhaps surprisingly to some, are outdoor-themed adventures. A wide variety of outdoor adventures exist for the taking.

The place I constantly tell people to visit is Governors Island. Just off the coast of southern Manhattan and Brooklyn, it is an idyllic paradise of countryside right in the city. In fact, it’s the easiest day trip getaway that I know of, and you don’t even need a car to get there. You do, however, need a boat.

Enter the Governors Island ferry, which takes off from Manhattan and Brooklyn every 30 minutes. Earlier in the day it is free, but even during normal hours it is only $2 per person—round-trip. Not even a ride on the bus is that cheap.

After you’ve luxuriated in an enchanting ferryboat ride on the breezy waters of the East River and dock at the island, you become as free as a bird. There are no screeching subways, no cars, no panhandlers, no piles of garbage, and no foul summer smells.

Yet, you can still be reassured that you’re not so far from civilization that it’s necessary to dread the trip back after the fun is over. In my mind, it’s utter bliss.

The only downside is that Governors Island does have a season, and it ends on September 28. That leaves a little over a month to enjoy the island’s newly opened 30 acres and the multitude of arts, cultural, and recreational programs there are to play while there.

While it’s an especially great place to bring kids of all ages, it could also be the location of the cheapest date anyone’s been on since 1925. As long as you bring a picnic, you can go the whole day without paying another penny.

There is free miniature golf, often-free music, free gallery exhibits in some of the island’s buildings, and even free water (bring a bottle).

The priciest items are the mobile ATM’s ($5 service fee!), the food trucks ($11 tacos), and the rental bikes. You can bring your own bike over with you, but if you want a rental or a surrey bike, it starts at $15 for two hours.

But even that is free Monday through Friday between 10 a.m. and 12 noon.

This past weekend, Governors Island hosted a so-called Jazz Age Lawn Party, complete with thousands of folks dressed in 1920s period costumes and listening to live jazz music from the same period.

The island’s website is a bit confusing about upcoming events, but in my humble opinion, it really doesn’t matter.

All you really need when you go to Governor’s Island is a sense of adventure and lots of energy, because you’ll have to be dragged back to the ferryboat when it’s time to go.