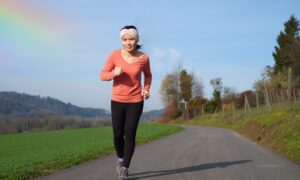 A groundbreaking new study published in Journal of Nutritional Biochemistry reveals that curcumin, a golden-hued compound in turmeric, may provide a unique solution for overweight individuals by altering the composition of fat cells in their bodies in favor of the calorie-burning type.

Obesity and overweight are global epidemics today, and are largely due to the now virtually universal Western type diet of highly processed, genetically modified, chemical contaminated, and evolutionarily incompatible foods, and which can have severe if not sometimes lethal adverse health effects.

Diet, however, is not the only contributing factor. Like all conditions, the problem is multi-factorial, with exposure to a host of endocrine disrupters, chronic stress, a dramatically altered and/or depleted microbiome, and a lack of sufficient movement and exercise, all playing key roles.

What if we could strike closer to the root causes of serious weight problems using something as familiar, affordable, and safe as a common spice on our spice rack?

Indeed, turmeric contains a golden-hued compound called curcumin which appears to be capable of changing “bad” fat cells into “good” ones, among a whole host of additional beneficial properties.

Know the Difference Between Brown and White — “Good” and “Bad” — Fat

Fat used to be a really bad word. Today, however, a growing number of consumers and health enthusiasts are embracing the concept of incorporating more “good fats” into the diet, i.e. olive oil, avocado, coconut. That said, many still don’t know that our bodies also contain both “good” (brown) and “bad” fat (white), and depending on our activity levels, environmental conditions, and what we do or do not eat, we’ll have a particular ratio that will significantly affect our level of health as well as risk for an entire gamut of diseases.

Brown fat is colored darkly because of the high density of iron-containing mitochondria it contains. Brown fat cells, unlike white fat cells, are capable of diverting significant quantities of dietary caloric energy into thermal energy or heat. This makes the metabolic role of brown fat cells completely opposite to that of white fat cells whose primary function is to store energy for future use as adipose tissue.  To underscore how radically different brown fat cells are from white, they derive from an entirely different stem cell lineage; the same one that skeletal muscle cells differentiate from.

Since the vast majority of fat found within overweight and obese adults is of the white fat variety (we have the most when we are infants at about 5% by weight), and since abdominal obesity (belly fat) has been found to be a greater risk factor for heart attack than smoking, it behooves us to look at belly fat as a concern relevant to far more than vanity, and to find ways to reduce midsection fat naturally, or at least increase the ratio of brown to white fat in the body.

The discovery of radically differing types of fat in the adult body, and a deficiency or much smaller ratio of brown to white fat in those with weight problems, has lead some researchers to hypothesize that increasing the brown fat cell phenotype could provide a novel intervention for obesity. Indeed, preliminary research on using cold temperatures to increase the brown fat in the mammalian body appear to have significant anti-obesity effects, but there is concern that these temperature changes may have unintended adverse effects for cardiovascular health. Also, exposure to the cold is just plain uncomfortable, making it a less than ideal solution for many. A turmeric-based intervention could provide a much more convenient alternative.

Turmeric Extract (Curcumin) May Be An Ideal Weight Loss Supplement

1.     By enhancing the expression of brown fat specific genes. This is a form of nutrigenomic “epigenetic modification,” which means that a nutrient is capable of altering a cell’s patterns of gene expression “from the outside in,” as it were, resulting in significant changes in the structure and function of the cells involved.

2.     By stimulating the production of new mitochondria, as evidenced by increased activity of the electron transport chain and increased fatty acid oxidation. Mitochondrial biogenesis can be stimulated with other natural substances and therapeutic modalities and is an intervention that may be of special benefit in age-associated loss of muscle and brain function, enhancing athletic performance, and in improving mitochondrial disorders.

3.     By increasing protein levels of hormone-sensitive lipase and p-acyl-CoA carboxylase, two markers that play a role in increasing fat-degrading processes (lipolysis) and the suppression of new fat production (lipogenesis).

4.     By increasing the activity AMP-activated protein kinase (AMPK). AMPK activity is something of a cellular metabolic master switch that improves metabolic homeostasis, which is often out of balance in overweight and obese individuals.

In addition to these four mechanisms of action contributing to curcumin’s brown fat supporting properties, the researchers also noted that because curcumin is a well-established anti-inflammatory agent, and because obesity and its various co-morbid states such as diabetes and cardiovascular disease are conditions that involve upregulated and unremitting inflammatory and/or or dysregulated inflammatory response, curcumin’s anti-obesity effects may be in part due to its inflammation-reducing properties.

One additional relevant mechanism of action not discussed in this study, but recently identified in a study published earlier this year in the journal Molecular Medicine Reports, is curcumin’s ability to induce programmed cell death (apoptosis) in white fat cells. This may contribute permanently to reducing the overall ability of the body to store unhealthy fat.

“Our findings suggest that curcumin plays a dual modulatory role in inhibition of adipogenesis as well as induction of the brown fat-like phenotype and thus may have potential therapeutic implications for treatment of obesity.”

*Image of “waist and turmeric” via Steven Jackson/Flickr/CC BT, Highwaystarz-Photography/iStock