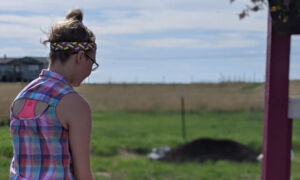 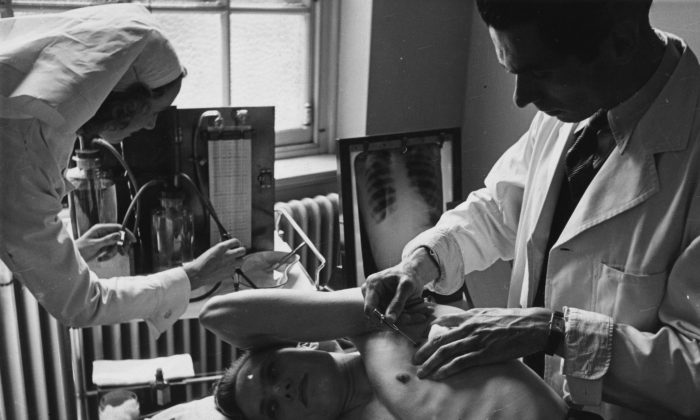 Medical staff treat a case of Tuberculosis at a clinic in Paddington, London, in 1942. (D. Hess/Fox Photos/Getty Images)
Health News

Tuberculosis (TB), the bacterial disease once known as “phthisis” over 2,000 years ago, continues to leave its deadly mark on a global level—even lying dormant within the body, waiting to be reactivated by a weakening immune system.

Philippe Galziou, the senior epidemiologist of the World Health Organization (WHO) Global TB Department said that TB cases are much more common in countries affected by malnutrition, pollution, and poverty.

Although the number of TB cases are uncommon in high-income countries, like the United States and Japan, people with latent TB infections remain at risk.

According to the Centers for Disease Control and Prevention (CDC), there are up to 13 million people in the United States with latent TB infection. This means they are infected, but show no signs of TB while the bacteria remains inactive.

Then over time, if the infection goes untreated, it can develop into drug-resistant TB, which is difficult to cure. Treatment for TB infection can take three months if dealt with before it reactivates.

In Japan, TB cases usually involve the elderly who contracted the disease during World War II, said Galziou. As they age, due to a weakening immune system, the latent TB infection can reactivate, sparked by viral infections like the flu or other other ailments that breakdown immunities.

Typically, the cases involve people who come from regions with a high TB burden, such as from Southern Africa and South Asia. When people from these countries go to other countries, they bring the infection with them, said Galziou.

He summed up the two requirements for preventing further TB infections. One is to detect the cases as early as possible and effectively treat them. The other involves prescreening immigrants.

According to the recent Global Tuberculosis Report, TB was responsible for the deaths of an estimated 1.6 million people in 2017. The epidemic is now declining at an annual rate of 2 percent, which is very slow compared to the 3 to 4 percent decline before World War II.

In order to accelerate the decline of TB infection, a safe vaccine that can be administered post-exposure is needed, which doesn’t exist yet, said Galziou.

Otherwise, there isn’t much we can do to prevent it as the prophylactic treatment that is available is mainly used on recent infections and HIV-positive patients. The treatment is not recommended on other groups, such as the elderly who were infected in their youth, due to the unfavorable risk-benefit ratio.