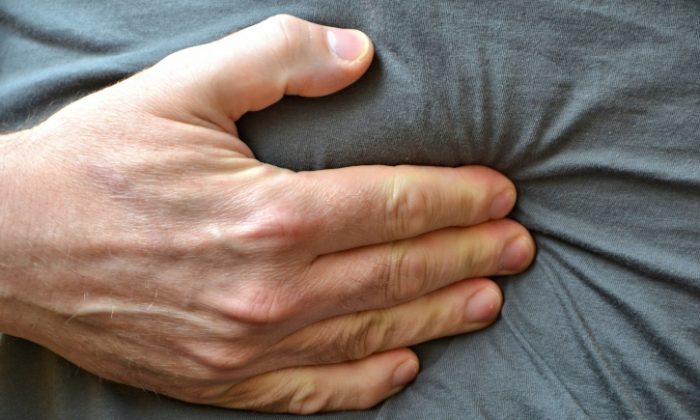 Doctors and other medical staff often find going with their gut instinct pays off. (Thinkstock)
Beyond Science

Medical intuition is a common concept held among many doctors and healthcare professionals–it occurs when a sort of gut feeling or intuitive understanding about a patient’s ailments are “sensed,” even when there are no physical findings.

It has played a critical role in times of emergency and in life-threatening cases. In some cases, hunches have also led to the discovery of medical treatments.

1. A Strange Solution Just in Time

Ways to Listen To and Trust Your Intuition

The following story was told on the website of the Center for Spirituality and Healing at the University of Minnesota: “Watching her patient bleed to death on the operating table, heart specialist Dr. Mimi Guernari spent hours trying everything she knew to stem the flow. Then, ‘out of the blue I thought of something I’d never used before and haven’t used since: gel foam.’ This intuitive answer made her blink and wonder if she was hallucinating as she watched the bleeding stop. It saved her patient’s life.”

Image of a baby’s right ear via Shutterstock

The following story was told in an article published by the Seattle Children’s Hospital Research Foundation: Dr. Daniel Rubens, an anesthesiologist, wanted to seek an answer to the unsolved riddle of Sudden Infant Death Syndrome (SIDS). He listened to his intuition and sought to examine the relationship between inner ear problems and SIDS. He consulted various professionals who had statistical data on children. He discovered that a hearing deficiency in the right ear often existed in children who had SIDS, which was consistently lower when compared to babies who had not died from SIDS.

3. All Seemed Well, But Thankfully This Nurse Followed Her Intuition

A file photo of a motorcycle after an accident. (Thinkstock)

A nurse tells her story of intuition, quoted in a graduate thesis titled “See Everything, Hear What Is Not Being Said: A Phenomenological Investigation of Intuition in Novice Registered Nursing Practice,” by Lisa A. Ruth-Sahd at The Pennsylvania State University:

“A 44-year-old man came to the hospital after being involved in a motorcycle accident in which he was thrown off of his bike into the guardrail and slid approximately 40 feet. This occurred as he had attempted to avoid hitting the car in front of him that had come to a complete stop. I was surprised that he was alert and oriented on arrival to the emergency department and was able to recall the events of the accident because when the accident occurred he was not wearing a helmet. When he arrived he had stable vital signs …

“Despite these normal findings, I felt apprehensive and uncomfortable and could not understand why. I had taken care of many trauma patients before who were much more unstable than this man, yet for some reason this situation felt different. I kept second-guessing my assessment and wondering why I continued to feel that something is wrong. I looked around the room at my colleagues; no one else seemed to be concerned, as the trauma resuscitation efforts were progressing just like it would for any patient. Although I had just completed an assessment ten minutes earlier with benign results, I felt I needed to go back in the room and perform a second complete assessment.

Study Measures Intuition, Shows It Can Boost Accuracy of Decision-Making

“I listened to my inner feelings that something was just not right with this patient. This time I noticed his heart rate was faster than it was previously and he was developing a bruise over his anterior chest wall. I looked up at the heart monitor and saw that the electrocardiogram (EKG) pattern had become flattened.

“Putting all this together, I immediately alerted the trauma surgeon as well as the emergency room physician and together we rapidly prepared the patient for a pericardiocentesis, a procedure necessary to decompress the pressure that was developing around his heart. The accident had caused a blood vessel to tear and consequently he was developing a pericardial tamponade secondary to bleeding.”

A file photo of a doctor and patient. (Thinkstock)

This story is also from the University of Minnesota website: “‘I still don’t consciously know why I asked him to tell me about his job in a little more detail,’ Dr. Iver A. Juster said. As his patient, a Silicon Valley executive who was complaining of stomach problems, described his dysfunctional relationship with his boss, Dr. Juster noticed that the expression on his patient’s face was the same as when he was describing his stomach pain. Dr. Juster persuaded his patient that emotions could cause physical symptoms and recommended a two-prong approach–one to deal with his emotions and the other his physical symptoms. Patient and doctor were satisfied with the outcome.”

This story was told on the University of Minnesota website: “Psychiatrist Richard Friedman surprised himself one day during a routine appointment with a patient experiencing anxiety about a financial problem. Bothered by something in his patient Mark’s appearance, Dr. Friedman ‘did something out of pure intuition that I didn’t fully understand at the moment. I called his internist while he was in my office and sent him for an appointment a few hours later.’ Dr. Friedman was puzzled by his own gut reaction. He routinely encountered people suffering from anxiety and his patient had no previous history of medical illness. He was also worried about what his internist colleague would think—would he laugh? As it turned out Mark’s internist did not have reason to laugh. Mark was not just suffering from anxiety, but health complications in his lung. Care began immediately and Mark’s condition improved.”

6. No Chest Pain, but the Nurse Was Right About the Lungs

The following story was recorded in the medical journal Oregon Nurse in September 2003: A female patient who had recent surgery was sent to ER for rehydration. She had fainted earlier that day and was examined by her physician. Her heart rate was 133 beats per minute (b/m) on arrival. After she was administered with intravenous fluids, her heart rate stabilised to 108 b/m.

With essentially normal physical and lab findings, the physician was considering sending the patient home. Another attending clinician however, had a sense that that the high heart rate was a possible indication for a blood clot in the lung, despite the patient denying chest pain.

This clinician continued to monitor the vital signs and finally the oxygen saturation levels began to decline. The clinician discussed these concerns with the physician who then ordered further studies. The studies returned showing blood clots in both lungs, confirming the second clinician’s initial sense.

7. Toddler’s Meningitis Diagnosed on a Hunch

Image of an ill toddler via Shutterstock

Dr. Trisha Greenhalgh, professor of primary health care at Royal Free and University College Medical School in London, told the following story in her article “Intuition and Evidence—Uneasy Bedfellows?” published in the British Journal of General Practice in 2002: A doctor in Cardiff, Wales, received a call from a distressed mother one day, whose 3-year-old daughter had diarrhoea and was behaving strangely. This doctor knew the family quite well and was sufficiently concerned to break off his morning surgery to visit the family immediately. His hunch led him to diagnose correctly, and treat successfully, a case of meningococcal meningitis on the basis of two non-specific symptoms reported over the phone.