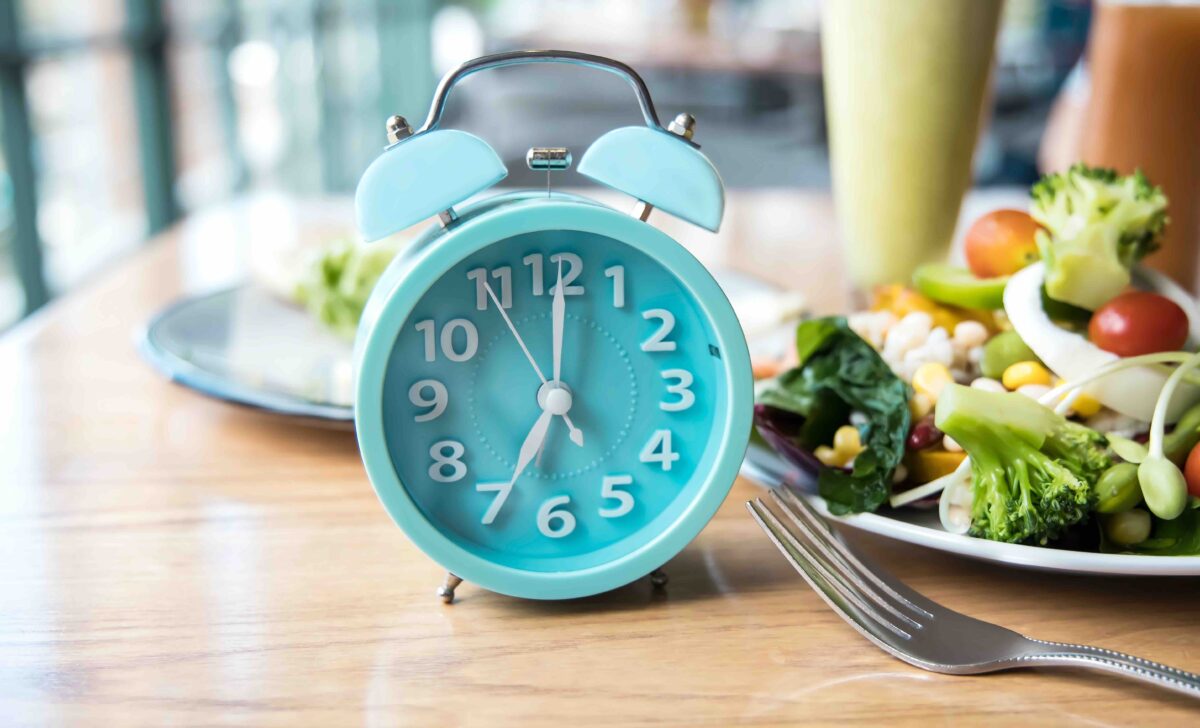 To Fast or Not to Fast

Does When You Eat Matter?
BY National Institutes of Health TIMEAugust 22, 2022 PRINT

What you eat matters. Many studies have shown that the types of food you eat affect your health. But what about the timing? Scientists are just beginning to understand that when you eat may also make a difference.

Throughout history, people have experienced periods when food was either scarce or completely lacking, says Dr. Valter Longo, an NIH-funded longevity researcher at the University of Southern California. “So, they were forced to fast,” he says.

“This has shifted our eating patterns,” explains Dr. Vicki Catenacci, a nutrition researcher at the University of Colorado. “People now eat, on average, throughout a 14-hour period each day.”

Studies suggest that this constant food intake may lead to health problems. Researchers have started looking at whether fasting can have potential benefits for some people.

Fasting diets mainly focus on the timing of when you can eat. There are many different fasting diets, sometimes called “intermittent fasting.”

In time-restricted feeding, you eat every day but only during a limited number of hours. So, you may only eat between a six- to eight-hour window each day. For example, you might eat breakfast and lunch, but skip dinner. In alternate-day fasting, you eat every other day and no or few calories on the days in between. Another type restricts calories during the week but not on weekends.

But scientists don’t know much about what happens to your body when you fast. Most research has been done in cells and animals in the lab. That work has provided early clues as to how periods without food might affect the body.

In some animals, certain fasting diets seem to protect against diabetes, heart disease, and cognitive decline. Fasting has even slowed the aging process and protected against cancer in some experiments.

“In mice, we’ve seen that one of the effects of fasting is to kill damaged cells, and then turn on stem cells,” explains Longo. Damaged cells can speed up aging and lead to cancer if they’re not destroyed. When stem cells are turned on, new healthy cells can replace the damaged cells.

Now, studies are starting to look at what happens in people, too. Early results have found that some types of fasting may have positive effects on aspects of health like blood sugar control, blood pressure, and inflammation . But fasting can also cause weight loss. So researchers are studying whether the beneficial changes seen in the body are side effects of the weight loss or the fasting process itself.

For many people, the main reason to try fasting is to lose weight. Currently, most people try to lose weight by restricting how many calories they eat each day.

One of Catenacci’s studies showed that, over a two-month period, adults who were overweight or obese were equally likely to lose about 15 pounds when they either completely fasted every other day or restricted their calories every day.

“For some people, restricting calories every day may be the best approach. For others, it might be easier to not have to count calories every day and use an intermittent fasting strategy for weight loss,” says Catenacci. “The best diet for any given person is the one that they can adhere to. I don’t think weight loss is a one size fits all approach.”

Now her research team is running a similar study to compare how much weight participants lose with fasting versus calorie restriction, but over a one-year period. They’re also testing whether adding a small meal on fasting days will make it easier to stick to as a longer-term weight loss strategy.

But are the benefits from fasting all due to weight loss or is there something more to it? “There’s a lot of debate about whether the benefits of intermittent fasting are due to the extended fasting period itself,” says Dr. Courtney Peterson, an NIH-funded nutrition researcher at the University of Alabama.

To understand this better, Peterson did a study in pre-diabetic men. It was designed so the volunteers would not lose weight. The men ate an early time-restricted feeding diet for five weeks. They could eat only between 8 am to 2 pm. They then fasted for the next 18 hours. Next, they ate the same amount of food but only during a 12-hour period per day for five weeks. None of the men lost weight.

The longer fasting period alone made a difference. “The early time-restricted diet improved their blood sugar control,” Peterson says. “And we found a blood pressure lowering effect equivalent to what you see with a blood pressure medication.”

These findings suggest that an extended fast or the timing of when you eat—even when it doesn’t affect your weight—can bring health benefits for some people.

Fasting may bring health benefits, but Longo cautions that there’s still a lot we don’t know. For some, fasting may cause problems. For example, studies have found that people who regularly fast more than 16 or 18 hours a day have a higher risk of gallstones. They’re also more likely to need surgery to remove the gallbladder.

Eating for 12 hours and then fasting for 12 hours is likely safe for most people, Longo explains. “That pattern of eating is very common among people who have record lifespans,” he says. “It seems to match both science and tradition.”

Longo and his team are also looking at fasting-mimicking diets, which they hope will be safer and easier to follow than completely fasting. They designed a five-day, monthly fasting-mimicking diet that allows some food, but is low in calories. They tested the diet for three months in a recent study. Those who stayed on the diet lost weight and showed decreases in age-related disease risk factors.

But he and other experts caution against people trying fasting diets that are not based on research. If you’re considering fasting, talk with your health care provider first. People with certain health conditions or who are taking certain medications should not try fasting at all (see the Wise Choices box).

Even if you fast sometimes, you still need to make healthy food choices overall, Peterson explains. “It looks like when you eat matters a lot, but what you eat probably matters more.”

Before You Try Fasting

Fasting may bring health benefits, but not eating can be dangerous for some people. Talk with your health care provider first, especially if you: