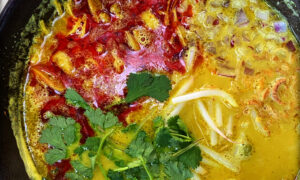 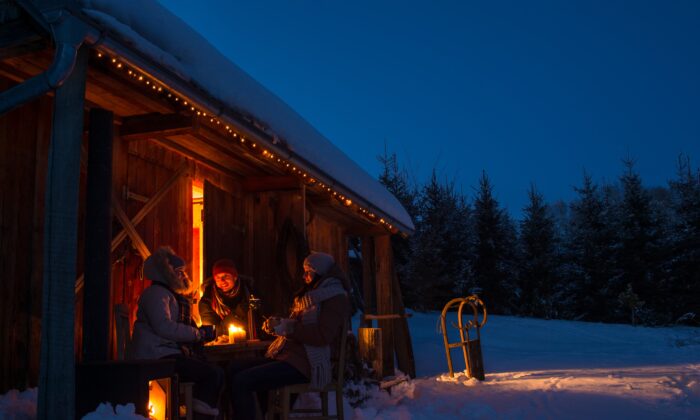 In winter, Norwegians enjoy the coziness of their homes and friends, and also embrace the outdoors at their coldest and darkest. (CandyBox Images/Shutterstock)
Mind & Body

To Beat the Winter Blues, Think Like a Norwegian

Embrace the season and seek out what it offers, rather than lamenting what is lost
By Melissa De Witte
biggersmaller
Print

You might find inspiration for handling the dark months ahead from Norwegians, according to Kari Leibowitz.

Leibowitz, a doctoral candidate in social psychology at Stanford University, has studied how Norwegians cope with winter and “polar nights,” the period beginning on Nov. 21, when the sun sets in Norway and doesn’t rise again for another two months. She spent a year at the University of Tromsø, located 200 miles north of the Arctic Circle, to better understand how people survive—and actually, thrive—in such extreme and unusual conditions.

She found that people with a positive wintertime mindset—which encompasses their thoughts, beliefs, and attitudes toward the season—is positively associated with their well-being, including life satisfaction and personal growth.

Leibowitz is researching psychological and social forces in health care, with a focus on the doctor–patient relationship. She also works with psychologist Alia Crum in the Stanford Mind & Body Lab, where they study how mindsets can make a positive difference to emotional and physical well-being.

Here, Leibowitz discusses some of her findings—data from her survey of 238 Norwegians recently published in the International Journal of Wellbeing—and how their approach to winter and the indoors might offer comfort during these challenging times:

Melissa De Witte: What did you learn from studying, and living with, Norwegians? Is there anything that you were surprised to discover about them, and yourself?
Kari Leibowitz: I learned so much how delicious brunost—a special, slightly caramelly brown cheese that they often eat on waffles—is and how good reindeer hotdogs are. How to dress appropriately for winter weather—all-wool base layers are key—and how to forage for blueberries. But I also learned that—surprise—Norwegians love winter! This was genuinely surprising to me—I grew up on the Jersey Shore hating winter.

I originally went to understand how they survived during the winter. But people in Norway didn’t see it so much as something to survive—they saw it as an opportunity for lots of things they loved: outdoor activities like cross-country skiing but also special, cozy time indoors. Instead of the polar night being a time of darkness, I actually learned that it is a time of incredible light—blue light for a few hours a day, really pretty sunset colors as the sun skirts below the horizon, and, of course, incredible Northern Lights. They really showed me that it’s possible to love winter, and there I learned to love winter myself.

Ms. De Witte: And what did you learn about their well-being?
Ms. Leibowitz: In our cross-sectional, correlational survey of Norwegians at three different latitudes—Oslo, Tromsø, and Svalbard—conducted at the end of January, we found that a positive wintertime mindset was associated with every metric of well-being we looked at, including life satisfaction, positive emotions, psychological flourishing, and personal growth.

In other words, people in Norway who had more positive wintertime mindsets also tended to be happier overall.

Ms. Witte: How might this mindset help people as they shelter in place during the pandemic?
Ms. Leibowitz: It might be especially easy to love winter in Tromsø—it’s magical, surrounded by snowy mountains and fjords. But I think the people in Tromsø have strategies for making winter wonderful that people can use wherever they are. People in Tromsø see winter as full of opportunities, whereas in the U.S. we tend to only focus on the ways winter limits us and the things we can’t do.

Of course, when we shelter in place, there’s a lot we can’t do and it’s easy to focus on that. And I’m not suggesting that people deny this reality or ignore all of the suffering and loss and things we’re missing this year. But given that we’re all stuck in a situation no one wants to be in, how can we focus on a) what opportunities might be present? and b) the things that we do enjoy about the winter season, to bring us a little bit of comfort?

For me, this is the first year that I won’t be going home to be with my family in New Jersey for the holidays, and I’m really sad to not be doing that. But I’m trying to focus instead on the fact that that means instead of flying cross-country and running around seeing all my family members, this year I can actually have a really restful holiday and focus on expressing my love for my family by sending things in the mail and organizing Zoom calls. So those are some of the opportunities I’ll be trying to take advantage of this year. And this idea of finding the opportunity in difficult things isn’t just from a wintertime mindset—it’s backed by a lot of psychological research, including work out of the Stanford Mind & Body Lab, like Alia Crum’s work on stress mindsets.

Another big part of this mindset is getting outside—Norwegians love to be active in the winter, and even have the saying, “There’s no such thing as bad weather, only bad clothing.” Given that we’re all stuck at home right now, prioritizing bundling up and moving and spending time outdoors even in “bad” weather will be really important for keeping up people’s spirits and mood this winter.

Ms. De Witte: Is there anything you would like to add about how your research applies to these current times?

Ms. Leibowitz: The thing I like about mindsets is that they have room for complexity—it’s not just telling people to look on the bright side, think positive, or find the silver lining.

I think it’s really important to let people mourn and grieve and not diminish the extremely real hardships people are facing. Instead, it’s about focusing on what we can control and trying to make the best of a bad situation. So if you hate how early it gets dark out, you can try to focus instead on how it’s a chance to light candles and get cozy earlier, how it might help you get to bed earlier—something I’m forever trying and failing to do—or even how it can be nice to watch the sunset from your window while you’re working.

I encourage people to start small and find one or two things they like about this winter, maybe one or two things they are doing to make this challenging season an opportunity, and to focus on those. And I personally will be thinking about this winter as a kind of hibernation, a time dedicated to quiet and rest and reflection, and that kind of mindful pause can help us come out the other side of the pandemic with a clearer sense of what’s important to us and how we want to live our lives.