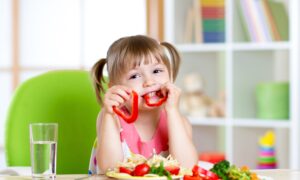 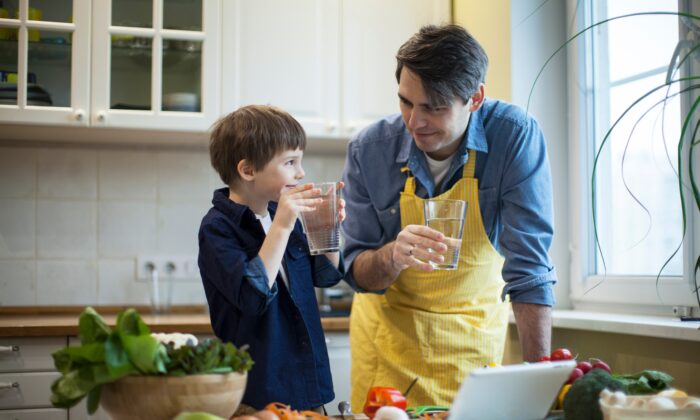 Overcoming your fatigue might also benefit the people around you. (olsim photo/Shutterstock)
Mind & Body

Tips for Having More Energy at Any Age

If you are haunted by fatigue, take a closer look at how you sleep, eat, and drink
By Ian Kane

Everyone has experienced what it’s like to get tired now and then, but fatigue works a little differently. Fatigue is characterized as having a sense of excessive exhaustion caused by either physical or psychological strain, or certain illnesses.

You can think of fatigue as being tired on steroids. Whether this is due to such things as eating too much processed foods, overworking yourself, not getting enough sleep, having bad relationships, or becoming ill—anything that puts undue stress on your system can lead to falling into a fatigued state.

An important aspect to be mindful of is exactly when your energy levels fluctuate. While being tired at the end of a long workday can be expected, when difficult circumstances emerge, a feeling of persistent exhaustion may wash over you.

While it’s always good to get a good night’s sleep, going to bed earlier or taking a warm bath might not necessarily cure your fatigue. Fatigue can follow us like a dark cloud that perpetually drains our energy reserves. It can be there just as severely when we wake up in the morning as when we hit the sack later that same night.

Therefore, it’s wise to monitor your body’s energy levels on a regular basis and take remedial actions when something feels off. If you find that you typically become tired (even if you recover relatively quickly) while performing your day-to-day activities, consider following these guidelines to boost your overall energy levels before you fall into the dreaded fatigue zone.

In these busy modern times, it’s no wonder that overwork can cause tiredness and fatigue. According to a study by the Montreal Institute of Cardiology, overwork can also lead to cardiovascular disease. And overworking yourself doesn’t just involve taking on too many duties at work, it can also include family and social obligations.

With this in mind, consider paring back your scheduled list of daily and weekly activities. Instead, set your priorities according to your most pressing tasks being at the top of your list, and less-important ones lower down. If you ever feel that you’re becoming overwhelmed, feel free to drop some of those tasks off the list or hire qualified folks to help out—before you get burned out.

The glycemic index, or GI, is a rating that indicates how fast or slow foods cause increases in your blood sugar (glucose) levels. While foods that are high on the glycemic index release glucose into your bloodstream quickly, ones that are lower on the scale release them at a more steady and modulated rate.

Therefore, eating foods with a low glycemic index can help to mitigate the sugar high and crash scenario that typically happens when you eat refined starches (such as sugary cereals, pretzels, and many refined flour-based products). Foods lower on the glycemic index include healthy oils (such as flaxseed, avocado, and extra-virgin olive oil), high-fiber vegetables (kale, sweet potatoes, artichokes), and nuts.

Besides, as the New England Journal as Medicine indicates in a recent study, foods that are rated higher on the glycemic index are associated with an increased risk of cardiovascular disease, and that’s never a good thing.

I’m sure we’ve all seen the flashy commercials featuring the overpriced sports drinks in the garishly colored bottles in stores. Don’t buy them. The best form of hydration is good old-fashioned water.

Our bodies have astounding health potentialities when we don’t sabotage them with toxic chemicals. Drinking purified water not only improves your circulation and helps to flush all the toxins out of your body, but it’s also great for boosting your body’s natural energy reserves while preventing fatigue.

Your body uses water to bolster your liver, allowing it to better convert fat into energy. That’s why people who become dehydrated become lethargic and can run out of energy rather quickly.

Although sleep is crucial to regenerating your energy reserves, it’s typically undervalued. Whether staying up late to watch TV, dabbling online, or working long hours, many folks waste hours that could be spent on a night of restful sleep.

According to a National Library of Medicine study, a lack of sleep can result in feeling irritable and yes—fatigued. If you experience this often, you should consider whether or not you’re clocking enough hours of sleep. The National Sleep Foundation recommends a sliding scale based on age, but typically seven-plus hours for adults.

Resistance training, whether lifting weights, using resistance bands, or any of the many other resistance exercises out there, is one of the best ways that people can increase their energy levels. This is especially important for older folks since resistance training is crucial to building up (and maintaining) muscle mass and retaining strength.

Exercise in general is a great way to keep energy levels up.