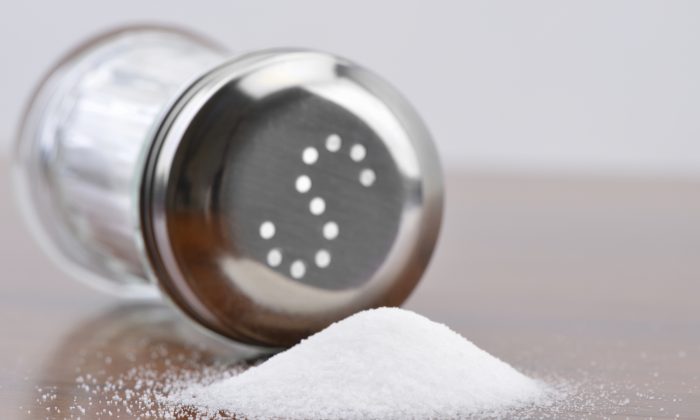 Throw Away the Salt Shaker to Live Longer

The Dangers of Salt
By Joel Fuhrman

The Cardiovascular Side Effects of Salt

In addition to elevating blood pressure, salt has other damaging effects on the cardiovascular system. Research has established such a strong relationship between salt consumption and death from stroke, that it is all not accounted for by salt’s effect on blood pressure.  Excess use of salt over time leads to stiffening of the arteries. Recent research also found that blood vessel function is suppressed within 30 minutes of eating a high-salt meal.

Excess sodium may exacerbate the inflammation associated with several autoimmune conditions. Inflammation-promoting cells become elevated in people who eat salty fast food. In fact, studies of these immune cells in different sodium concentrations corroborate sodium as the culprit. It is also observed that mice, predisposed to an autoimmune disease, develop disease quickly when given a high-salt diet compared to a lower sodium diet.

Salt is the strongest dietary factor relating to stomach cancer. A high-salt diet also increases growth of the ulcer-promoting bacteria H. pylori in the stomach, which is also a risk factor for gastric cancer.

High dietary sodium has been implicated in kidney disease, headaches, and obesity.   A high-salt diet may also increase the severity of symptoms for asthma sufferers.

Put Down the Salt Shaker

It has been estimated that 2.3 million deaths per year worldwide are due to excess salt consumption, and many (40 percent) of these deaths are in people under the age of 70.  Excess sodium needlessly shortens millions of lives.  This applies to regular table salt as well as the gourmet salts that are trendy right now. Reducing your intake of sodium is essential for anyone who wants to remain in good health.

A person eating the Standard American Diet (SAD) consumes about 500 percent more sodium than they actually need every single day. Almost 80 percent of our sodium comes from processed foods and restaurant meals. By, preparing your own meals, you avoid most of the sodium in the American diet.

Salt is Not a Health Food

For millions of years human diets contained no added salt, only what was naturally present in food. In the United States, our salt intake is about 3500 mg. per day. The American Heart Association recommends a maximum of 1500 mg. daily. I recommend even less.  Salt is not health-promoting. Rather than use salt, it is better to spice up your dishes with natural herbs and other flavorful spices. A Nutritarian diet with plenty of fresh greens and other colorful vegetables, including raw chopped onions and cooked mushrooms, beans, nuts, seeds and some fruit is the ideal diet.

12 Tips to Reduce Your Dietary Sodium

This article was originally published on About Health